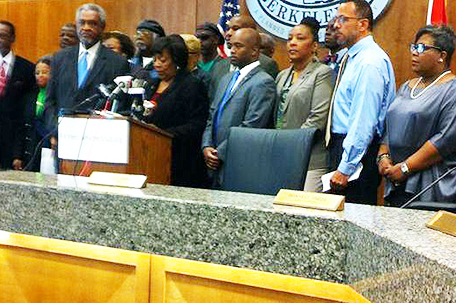 Some African-American politicians in St. Louis have come together to reject the Democratic Party in favor of the Fannie Lou Hamer Coalition, reports local affiliate KMOV.

There have been simmering tensions regarding the Normandy School District as well as the Michael Brown shooting.

“We were disrespected by those who made decisions affecting our children,” Erby says. “We wrote letters, we made phone calls; they were not returned. We’re tired of the lack of respect.”

This is not about being anti-Democrat, but looking out for your own community.

“We’re not against the Democratic party,” says Berkeley Mayor Theodore Hoskins. “We’re against anyone who does things that are not in the best interest of our community.”