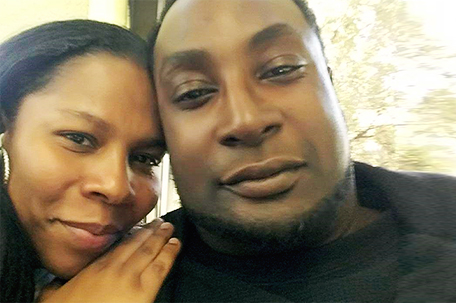 As U.S. Attorney Gen. Loretta Lynch takes on yet another case involving a police killing of an unarmed Black man, the nation’s largest trade association of Black-owned newspapers and media companies has declared that America is in a police brutality state of emergency.

“Millions of our readers across the nation are once again outraged at the latest fatal incidents of police brutality in Tulsa, Oklahoma and Charlotte, North Carolina. These are not isolated incidents, but are a deadly national pattern of police violence and prosecutorial misconduct.  A state of emergency now exists in Black America,” said a joint statement issued to the press from the National Newspaper Publishers Association (NNPA), which represents 211 newspapers in 32 states.

Known as the Voice of Black America, NNPA’s newspapers have long carried banner headlines exposing police brutality and other brutal treatment of Blacks in America. This “state of emergency” declaration comes after Keith Lamont Scott, 43, was killed by a Black police officer on Tuesday, September 20, in Charlotte. Violent protests ensued and have since calmed after the release of a video tape of the shooting, recorded by Scott’s wife, Rakeyia. Shortly afterward, police also released snippets of video tapes. Neither tape showed Scott threatening the police although they were shouting for him to “drop the gun”. 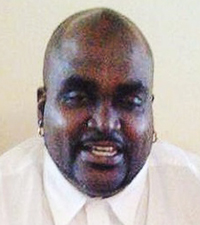 In the Sept. 16 death of Terence Crutcher by Tulsa, Oklahoma Officer Betty Shelby, she has been charged with manslaughter. Police confirmed that Crutcher had no gun. He appeared to have at least one hand up when he was shot. Shelby claimed he was reaching into his truck window, but video showed the window to be closed.

The statement called on President Obama, Lynch and members of the U.S. Congress to immediately:

•  Establish a national police oversight commission on use of deadly force, training and cultural sensitivity

No response from the officials had been reported at press time, but President Obama called Mayor Dewey Bartlett of Tulsa and Mayor Jennifer Roberts of Charlotte and urged protestors to remain calm. Lynch has announced a federal investigation into the Charlotte case.

“These tragic incidents have once again left Americans with feelings of sorrow, anger and uncertainty.  They have once again highlighted – in the most vivid and painful terms – the real divisions that still persist in this nation between law enforcement and communities of color,” she said.

She cautioned against violent protests. “Protest is protected by our Constitution and is a vital instrument for raising issues and creating change.  But when it turns violent, it undermines the very justice that it seeks to achieve.”

NNPA was not alone among organizations calling for escalated actions against police shootings. The National Urban League issued a statement with its “10-Point Justice Plan for Police Reform and Accountability”

“As we peacefully protest the police-involved shootings in Charlotte, N.C., and Tulsa, O.K., we urge thorough and independent investigations of, and accountability for excessive use of force,” said the statement from NUL President/CEO Marc Morial. “These incidents, which seem now to occur with frustrating regularity, not only erode the trust between police departments and the communities they are sworn to protect, but also serve to alienate Black Americans at a time when our leaders and institutions need to be promoting unity.”

In a nutshell, the 10-Point Justice Plan calls for “recommends the mandatory use of body and dashboard cameras, comprehensive retraining of all police officers, and the appointment of special prosecutors to investigate police-involved shootings.”

“To end the parade of deaths of Black men and women at the hands of police, we need to match our outrage with outcomes. We need to take to the streets and to the polls with a clear plan for reform,” said an NAACP release. “In our 2014 “Born Suspect Report,” we captured the magnitude and impact of racial profiling in urban communities, and we made substantive, data-based suggestions for nationwide reform and preventative legislation. Now, we are asking all elected officials and candidates to sign our Pledge to Preserve and Protect Our Lives. By signing the pledge, officials promise to take action to cut off funding to law enforcement agencies that discriminate and ensure independent investigation of law enforcement agencies, detailed data reporting about police stops and uses of force, comprehensive standards governing the use of force, and civilian oversight of policing.  These reforms would increase policing transparency and accountability and are essential to rebuilding the broken relationships between police and the communities they serve.”

Black America: A state of emergency without urgency