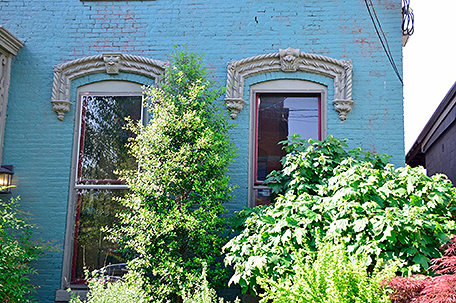 The group has already purchased at least six vacant homes and plans to renovate them for low-income or homeless families.

“The goals are just to house people,” said Chanelle Helm, the lead organizer for BLM Louisville. “There’s just way too many vacant and abandoned properties in West Louisville alone that can house all these people.”

One of those people is mother of three Tiffany Brown. Brown’s oldest son recently moved out of her home because it’s not big enough for her whole family.

“I’ve always dreamed of having my own home,” Brown said.

The homes BLM has purchased are fixer-uppers and will require significant renovation before families like Brown’s can move in. Brown said she plans to help with the construction.

“I will come out and help put the walls in, put the floor in, whatever I need to do,” she said.

Helm said the projects are funded entirely with donations from the community. BLM hasn’t accepted any grant money or government aid.

“We’re also not going to be cheap with the products. We’re putting in for it, we need to get like quality, sustainable products. We can go green with a lot of stuff,” Helm added.

There is no formal application process, and Helm said they won’t discriminate against people who have criminal records.

“Those are exactly the people that we need to get in the homes,” Helm explained. “The reason why they committed whatever crime it is, is because of a lack, a lack of something, lack of necessities, a lack of bare essentials, a lack of dignity, especially.”

For Brown, who works and goes to school, the house is an opportunity to put down roots.

“(I) work hard, and I just want to take care of my kids and put them in the best place possible,” Brown said.

Though it’ll likely be a few months before Brown’s home is move-in ready, she said there is one thing she can’t wait to have.

“I am looking forward to having a screen door. I don’t have a screen door on my house now and (I want to) open up my screen door and let some fresh air in,” Brown said.