Black fraternities, sororities face challenge of being in step with today’s issues 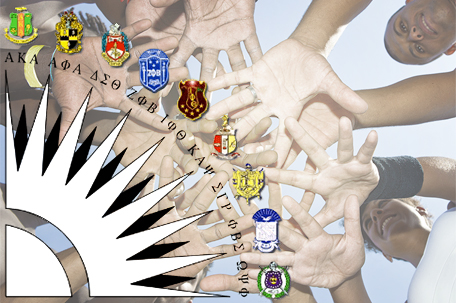 The nation’s historically Black Greek letter organizations (BGLOs), collectively referred to as the “Divine Nine,” have played an integral part in American history. Since each organization’s founding throughout the 20th century, Black fraternities and sororities have not only provided African Americans with a community to support one another, they have also made notable contributions to society, particularly in the areas of civil rights, social welfare and politics.

The list of trailblazing African Americans who have hailed from BGLOs spans the spectrum of American life, ranging from labor leader A. Philip Randolph, who was one of the organizers of the 1963 March on Washington; to Arthur Ashe, who was ranked among the best tennis players in the world; to singer and actress Lena Horne; and to educators and scholars Mary McLeod Bethune and W.E.B. DuBois. This extensive list also includes historian and educator Dr. Carter G. Woodson, known as “the father of Black history,” who introduced Negro History Week in 1926 that, later, became Black History Month.

Today, the combined membership of these organizations exceeds one million. With such longevity, these groups are among the oldest Black institutions in the country. In the past eight years, several BGLOs have marked or passed a celebratory milestone — their 100th anniversary.  On January 9, Phi Beta Sigma fraternity celebrated its centennial. Delta Sigma Theta and Alpha Kappa Alpha sororities celebrated their 100th and 105th anniversaries, respectively, last year. Kappa Alpha Psi and Omega Psi Phi fraternities celebrated their centennials in 2011, and Alpha Phi Alpha fraternity celebrated its 100th anniversary in 2006.

Despite the accomplishments of BGLOs throughout their widespread histories, they are attracting a growing number of critics in academia and media, including some from within their own ranks, who question their relevance and adherence to their founding principles.

Gregory Parks, a member of Alpha Phi Alpha and co-author of “African American Fraternities and Sororities: The Legacy and the Vision,” acknowledges the organizations’ past contributions, but says they must work harder to impact their communities and the nation.

Parks is currently researching the political activism of Black sororities and fraternities in the early 20th century. “BGLOs have a remarkable history in … racial uplift activism,” he says.  As an example, he cites the American Council on Human Rights, which grew out of an organization started in 1936 by Alpha Kappa Alpha to lobby Congress and the White House on civil rights matters and to keep the public informed about such legislation. By the middle of the century, the organization became instrumental in the Civil Rights Movement. But Parks notes that it dissolved in 1963 as the organizations’ leaders preferred to use their resources for other purposes. “They need[ed] to elect visionary leaders with the will to be transformative,” Parks tells “Diverse.”

Parks adds that the organizations need to confront 21st century social and political issues. “The biggest third-rail issue of Black fraternities is gay membership,” he says. “From the research that I and my colleagues have done, anxieties over gay membership impact hazing, whether some brothers want to remain active and how the organizations impact communities.”

The BGLOs continue to describe their purpose as primarily service-oriented. For example, Kappa Alpha Psi’s website promotes its Kappa Kamp and Undergraduate Leadership Institute as projects that improve the lives of young men.

Alpha Kappa Alpha sorority states on its official site that “awareness, advocacy and action are the primary vehicles for the worldwide delivery of our service initiatives.” Emerging Young Leaders, its signature program, “impacts the lives of 10,000 girls in grades six through eight by providing leadership development, civic engagement” and promoting academic achievement.

Delta Sigma Theta has a “social action center” that outlines the organization’s mobilization efforts and policy positions on issues including preventing gun violence and domestic abuse and support for health care reform. 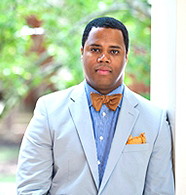 PHOTO: Gregory Parks, a member of Alpha Phi Alpha and co-author of African American Fraternities and Sororities: The Legacy and the Vision, says Black Greek letter organizations must work harder to impact their communities and the nation.

It is initiatives such as these that keep professor Wanda Lloyd involved in her local chapter in Savannah, Ga., where she is chair of the Savannah State University department of mass communications. “The main thing I like about Delta is that it is a public service sorority and I like the fact that it gives me a venue to do public service.” As an example, she says, in Savannah the organization sponsors Delta GEMS, a program for teen girls that includes mentoring and group activities.

But critics of BGLOs say most of them are not doing their best to confront the problems facing Black communities, particularly health, education and crime. One of the strongest critics, Dr. Walter M. Kimbrough, president of Dillard University and author of Black Greek 101: The Culture, Customs and Challenges of Black Fraternities and Sororities, says the groups, with the possible exception of the Deltas, have lost the significance and influence they once had, and their leaders need to re-examine their effectiveness. “When you look at major initiatives in any city … we’re not a major player; we’re very ancillary.”

Kimbrough, an Alpha Phi Alpha member, used his city of New Orleans as an example, saying the city has partnerships with the Urban League, the faith community and other groups to help address critical problems like crime. In his view, BGLOs should be included in those efforts.

Johnson, a member of Omega Psi Phi, tells Diverse he wrote the article because “we’re at a point in history when there are probably more Black men in senior government positions of power than there have ever been — the president, the attorney general, the secretary of homeland security — and none of them joined any Black fraternities, so I started wondering why that is. If this had been 15 years ago, there’s no doubt in my mind that all of these men would have been in Black fraternities.”

BGLO defenders also say the organizations have enforced strong sanctions against hazing by suspending and fining chapters in violation of the policies.

But, too often, critics say, news about Black fraternities is negative, mainly because of hazing. For example, Florida A&M University suspended the Alpha Xi chapter of Kappa Alpha Psi from its campus from 2006 to 2013 after members were arrested and later convicted of felony hazing in the beating of a pledge that required surgery. In North Carolina, the issue of hazing was deemed so serious that, last year, five North Carolina HBCUs held a joint summit, titled “Hazing Hurts,” in an effort to increase awareness and combat the problem.

Johnson says the importance of BGLOs has waned, not only because of hazing activities, but because most groups are no longer addressing the needs of their communities with the vigor they had in the past.

However, he says it’s not too late for greater progress. “I don’t think these organizations are close to being extinct at all,” Johnson contends. “There will always be a substantial segment of members who live up to the principles they espouse  and if the organizations stay true to those principles, they will return to the national prominence they once had.”

Kappas to feed 1,000 families during the Thanksgiving holiday