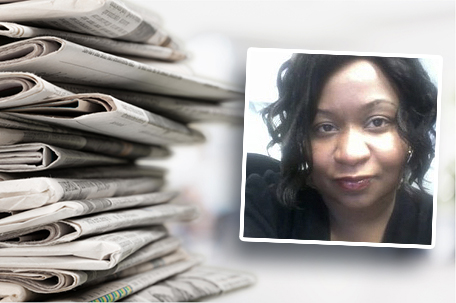 An African-American woman who took over the helm of a small-town Alabama newspaper that recently called for the Ku Klux Klan to “ride again’’ has stepped down after a few weeks, citing interference from the newspaper’s owner.

Elecia R. Dexter told The New York Times on Friday that she stepped down because of continuing interference from the newspaper’s owner who had published the KKK editorial. Dexter said she wanted to maintain her “integrity and well-being.’’

“I would have liked it to turn out a different way, but it didn’t,’’ Dexter, 46, told the newspaper. “This is a hard one because it’s sad, so much good could have come out of this.’’

Dexter last month replaced Goodloe Sutton as editor and publisher of the Democrat-Reporter of Linden. Dexter took over after a firestorm erupted when Sutton wrote and published an editorial that began: “Time for the Ku Klux Klan to night ride again.’’ The editorial said Democrats and “Democrats in the Republican Party’’ are plotting to raise taxes, so the Klan should raid their communities.

It was one of many incendiary and racially insensitive editorials published by the paper.

Dexter’s appointment was heralded as a positive in the small Alabama town. She said she hoped her appointment would let the community know “this is everybody’s paper.’’

But Dexter told the Times that Sutton, who had retained ownership of the paper, had continually interfered in operations.

Sutton did not respond to the Times’ requests for comment Friday.

The paper dates to 1879 and its editorials are consistently conservative and often critical of Democrats. The use of “Democrat’’ in its name reflects back to the period when nearly all white conservatives in the South were Democrats.