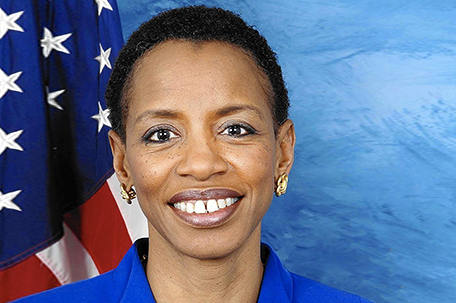 U.S. Rep. Donna Edwards (D-Md.), is now leading in the polls in her quest to become the second Black woman member of the U. S. Senate.

According to a poll released by The Baltimore Sun and the University of Maryland, Edwards is leading her opponent Rep. Chris Van Hollen 34-28 percent. She is leading Van Hollen among Black Americans, women, and in the Baltimore area.

“We have too many Marylanders falling out of the middle class,” Edwards said. “I know a little bit about that because at one time I was a struggling single mom. As a senator, I will fight for seniors and veterans and will represent a unique voice in the Senate as an African-American woman.”

If Edwards is elected, she would be the second Black woman to serve in the senate. The first was Carol Moseley-Braun, who served in the Senate for Chicago from 1993-1999. But, Edwards may not be the only Black woman in the U. S. Senate. There may be another second as California Attorney General Kamala Harris, also a Black woman, is the front-runner for the senatorial Democratic nomination in her state this year as well. 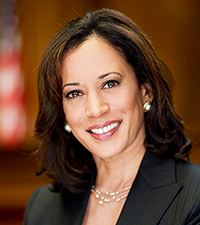 John Bullock, a political scientist at Towson University, said Edwards is making headway despite having less money than Van Hollen. “She is doing well,” Bullock said. “In Baltimore City, she will do well and it will be a split in Baltimore County. Van Hollen should do well in Montgomery County and she in Prince George’s and the rest of the state is up for grabs.”

Edwards is gaining support outside of Capitol Hill. On March 19, at a meeting of the Ward 8 Democrats in the District, Philip Pannell, a longtime Ward 8 party activist and member of the D.C. Democratic State Committee, urged his members to get behind Edwards. “She needs help,” Pannell said. He encouraged Ward 8 Democrats to join his phone banking efforts on behalf of former Secretary of State Hillary Rodham Clinton and Edwards, saying, “We want to help this sister.”

Edwards and Van Hollen, guests of Washington, D.C.’s WAMU’s “The Kojo Nmandi Show”, spoke about why they should replace retiring U.S. Sen. Barbara Mikulski (D-Md.) in 2017. The one-hour show pointed out that while Edwards and Van Hollen, both political progressives, have little differences on policy, they differ on methods to obtain results, their individual backgrounds, and the voters they are attracting.

“I have been delivering real results for Maryland’s hard-working families,” Van Hollen, who has represented Maryland’s Eighth Congressional District since 2003, said. “Whether it is issues dealing with gun control, [or] oil drilling off the coast of Maryland, I know when to fight and when to find common ground.”

Edwards, who represents Maryland’s Fourth Congressional District said Maryland has “a lot going for it” and she is the right person to help the state stay on track.

Edwards said that Van Hollen wouldn’t represent the views of mainstream Marylanders in the Senate. “My opponent considered cuts to Social Security when it was offered as a part of a political compromise and has supported nine out of 10 trade deals that have hurt American workers,” Edwards said. “Chris Van Hollen has caved to the National Rifle Association and like Mikulski; I will be fighting for the middle class in the Senate.”

Van Hollen responded to Edwards saying he was a leader in the House, preserving Social Security, and noted that Edwards voted for the United States to default on its debt. “She voted with the tea party and I voted with Sen. Mikluski [to advert the debt crisis],” he said. “Miss Edwards isn’t running on her record. I have been told numerous times by her constituents that her constituent service office is notoriously bad. . . . I am a progressive who is interested in getting things done.”