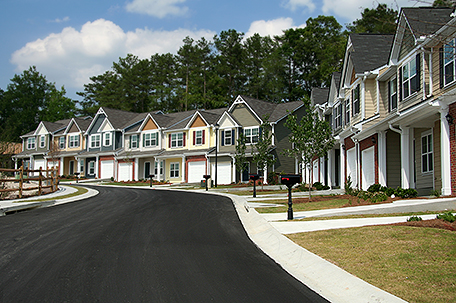 In recent weeks, a spate of news coverage has referred to America’s “inner cities.” Some interpret it as a new code word for minorities, usually referring to Blacks and Latinos.

Yet today, according to Richard Rothstein, a research associate with the Economic Policy Institute, the “inner city experience” does not encompass all of Black America. More Blacks now live in the suburbs than in urban ghettos, and approximately one-third of Black Americans have incomes higher than that of the respective median earnings.

So why is access to homeownership still so out of reach for consumers of color? Why do so many Blacks and Latinos continue to suffer disproportionate denials for mortgage loans?

A recent analysis of the 2015 Home Mortgage Disclosure Act (HMDA) data by the Center for Responsible Lending (CRL) sheds further light on the fact that even years after a national recovery from the housing collapse, the American Dream remains elusive for much of Black America.

“The HMDA data has shown a persistent difference in denial rates by race and ethnicity and this year is no exception,” wrote CRL. “20.8 percent of African-American applicants were denied a loan in 2015 compared to 16.1 percent of Hispanic applicants and 10 percent of non-Hispanic white applicants.”

The vast majority of loans to Black consumers in 2015 continued a trend that has grown stronger year to year since the housing meltdown: government-backed loans like FHA or VA account for the overwhelming majority of loans made to Black consumers – 120,618, more than double that for conventional loans. Latino consumers received more with 162,317 loans, but far less compared to 765,880 for Whites. Government — secured mortgage loans are an important source of credit and also tend to be more costly than other home loans.

Now contrast those dismal numbers with those from the Census Bureau that found Black Americans are more than 13 percent of the nation’s population, and 1.8 million ages 25 and older hold advanced degrees.

So how is it that when Black college graduation rates are growing and many are living in the suburbs with higher earnings, why are conventional mortgage loans so rare for Black borrowers?

Historically, federal housing policies also gave advantages to Whites that were not available to Blacks. As a result, many Whites were able to build up significant wealth that contributes to stronger credit profiles. At the same time, unequal mortgage lending policies made it harder for Blacks to own homes and thereby denied many wealth-building opportunities that could be shared from one generation to another.

“Although the nation’s banks have largely recovered from the financial crisis,” continued CRL, “the 2015 HMDA data illustrate that they are not using their rebuilt capital to create homeownership opportunities, particularly not for borrowers of color and low-income families.”

“Before the Great Recession,” added Rothstein, “half of all African-Americans owned their own homes. By 2013, it had fallen to 44 percent. Before the Great Recession, the net worth of African American homeowners averaged $144,000. By 2013, it had fallen to $80,000. This was not a natural calamity that befell the Black middle class but one precipitated in part by unlawful banking and governmental practices that have mostly gone remedied.”

When it comes to homeownership, the facts are clear. The real question for Black America is, ‘what do we intend to do about it?’ Economic inclusion – not exclusion – would offer a real chance to build more Black economic security.