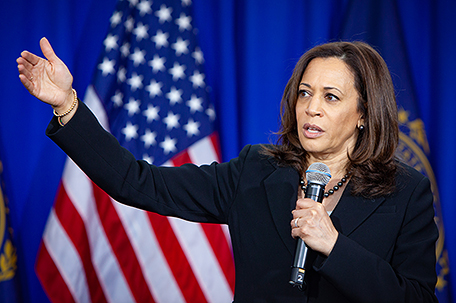 According the the New York Times, Joe Biden and Kamala Harris will appear together in Delaware on Wednesday afternoon to deliver remarks at private event. The two will also take part in a virtual grass-roots fund-raiser Wednesday evening.

Joe Biden named California Sen. Kamala Harris as his running mate on Tuesday, making history by selecting the first Black woman to compete on a major party’s presidential ticket and acknowledging the vital role Black voters will play in his bid to defeat President Donald Trump.

In choosing Harris, Biden is embracing a former rival from the Democratic primary who is familiar with the unique rigor of a national campaign. Harris, a 55-year-old first-term senator, is also one of the party’s most prominent figures and quickly became a top contender for the No. 2 spot after her own White House campaign ended.

Harris joins Biden in the 2020 race at a moment of unprecedented national crisis. The coronavirus pandemic has claimed the lives of more than 150,000 people in the U.S., far more than the toll experienced in other countries. Business closures and disruptions resulting from the pandemic have caused an economic collapse. Unrest, meanwhile, has emerged across the country as Americans protest racism and police brutality.