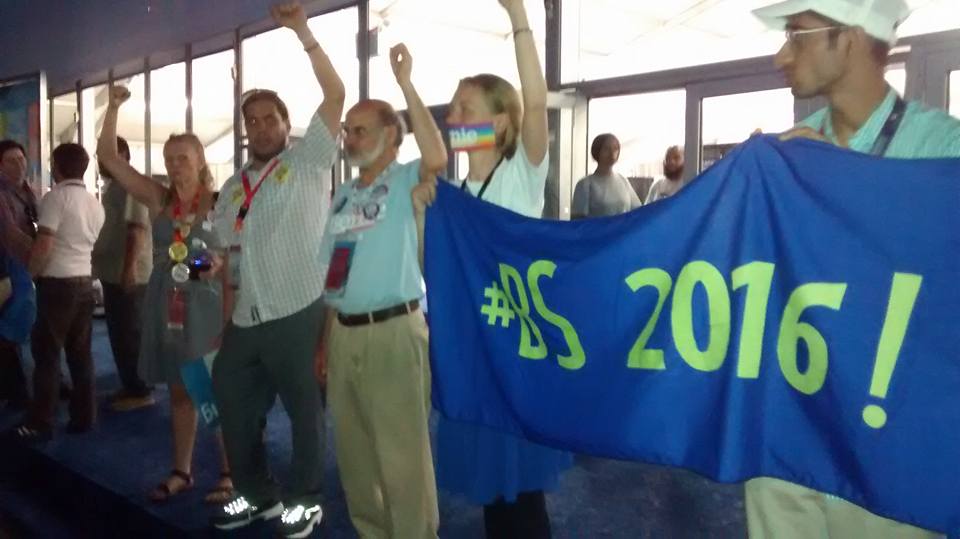 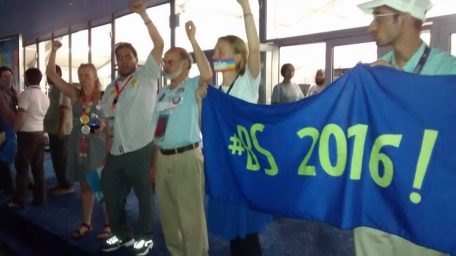 The Democratic Party is pushing a message of unity at the Democratic National Convention.  However, many democratic voters, specifically Bernie Sanders supporters, are still not game to vote for Hillary Clinton.

On Tuesday evening, Bernie Sanders supporters were still protesting outside Wells Fargo Center where Hillary Clinton made American history as the first woman to be endorsed for President by a major party.

In addition to their unwavering support for their candidate, with their Bernie Sanders 2016 banners and right fists lifted  high , they chanted  “No justice, no peace, cameras for police.”  These were White Bernie supporters in case you were thinking only African-American Sanders supporters are vested in fighting against police brutality.

Sanders has a substantial number of Black voters.  Both Black and White Sanders supporters are not impressed with Hillary Clinton’s political track record ranging from NAFTA, email scandals, flip-flopping on the issues including the Iraq War and being anti-gay.  Some have opted to ignore Sanders advice and not vote for Hillary, but instead vote for Trump.

Ashley Perkins from Bridgeport, Connecticut, an African-American Bernie Sanders delegate, walked out of the convention in solidarity with Sanders supporters who were protesting outside the convention’s press perimeter area. They feel their voices are not being heard by the Democratic party.

For many Sanders supporters there is not much separation between Donald Trump and Hillary Clinton.

As for Perkins,  she  is not sold on Clinton but said, “I’m open to Hillary Clinton asking for my vote.”

“A Trump presidency is bad for everyone… but I’m more scared of someone who was for segregation, part of NAFTA, part of the Welfare to Work Act, against gay marriage–all of  that,” continued Perkins.

Hillary Clinton’s past as a Republican is well documented. In 1964, Hillary worked on Republican Barry Goldwater’s presidential campaign.  Goldwater’s platform promoted segregation and repealing the Civil Rights Act. And, Hillary is proud of her conservative roots.

Let’s see if day three of the convention will possibly mend or close the rift.