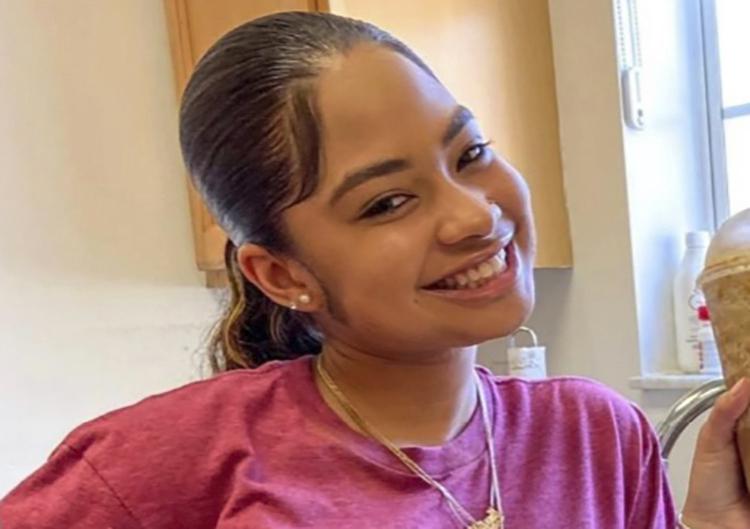 This photo provided by Orange County Sheriff’s Office shows Miya Marcano in Orlando, Fla. Authorities say they have found the body of the missing Florida college student who disappeared a week ago

MIAMI (AP) — Authorities say they have found the body of a missing Florida college student who disappeared a week ago. A maintenance worker who entered her apartment unauthorized the day she disappeared and later killed himself is the prime suspect.

Orange County Sheriff John Mina said Saturday that authorities found Miya Marcano’s body in a wooded area near an apartment building. Authorities said the 19-year-old vanished on the same day a maintenance man improperly used a master key to enter her apartment. Her family reported her missing after she missed a flight home to South Florida on Sept. 24.

The sheriff previously said Armando Caballero, a maintenance worker at the apartment complex where Marcano lived and worked, is considered the “prime suspect.” Caballero, 27, apparently killed himself; his body was found three days after Marcano was last seen.

Marcano had repeatedly “rebuffed” romantic advances by Caballero. Detectives spoke to Caballero after the Valencia College student was reported missing, but had no evidence to detain him at that time. They obtained a warrant for his arrest after learning he had entered her apartment before she disappeared. His body was then found inside a garage.

Cellphone records from Caballero led them to the apartment complex near where Marcano was found and showed he was there for about 20 minutes the night she was reported missing, Sheriff Mina said. At one point, Caballero also previously lived at that apartment complex.

“Nothing in the records indicate that he ever returned there before he killed himself,” he said, adding deputies are not looking for any other suspects.

The FBI and the Florida Department of Law Enforcement were among the hundreds of authorities searching for Marcano. Meanwhile, friends and family held a prayer vigil and passed out flyers desperate to find the missing teen.

“At this time, we cannot identify a cause of death, so I don’t’ want to speculate on that,” Mina said of Marcano’s death during a news conference Saturday.

Mina says they notified her parents just hours ago, adding “our hearts are broken.”

“Everyone wanted this outcome to be different,” he said. “As a sheriff, as a father, obviously we are grieving at the loss of Miya.”

Caballero’s criminal history revealed one prior arrest in 2013 for using a destructive device resulting in property damage and discharging a weapon on school property, according to the Florida Department of Law Enforcement.

An arrest report said Polk County sheriff’s deputies were called to the campus of Warner University after a report of a bomb going off inside a dorm. The explosive turned out to be a toilet bowl cleaner concoction inside a plastic drink bottle. The report said Caballero admitted to using the improvised explosive as a “prank” on other residents of the dorm. No one was injured.

The apartment complex where Marcano and Caballero worked, Arden Villa, released a statement saying “all potential employees are vetted through a national background check services provider,” and no records of burglary or sexual assault were found involving Caballero.