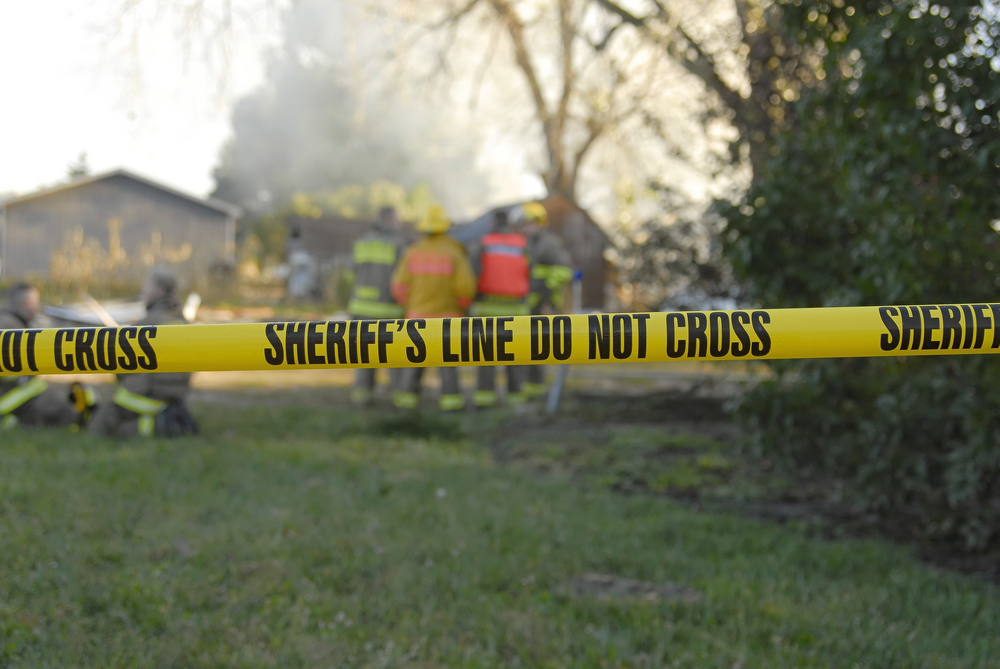 SANTA BARBARA, Calif. (AP) — Two Apple employees including an engineer who went on the trip with his wife and daughter to celebrate the teen’s 17th birthday are among the victims of a fire that tore through a scuba diving boat off Southern California’s coast, trapping dozens of sleeping people below deck.

Authorities said Wednesday that the bodies of 33 of the 34 presumed dead had been recovered and one person was still missing.

Five crew members, including the captain, managed to escape after Monday’s pre-dawn fire that engulfed the boat named Conception as the victims slept below decks near the island of Santa Cruz during a three-day scuba diving excursion. The vessel eventually sank and overturned, making the recovery of bodies challenging.

Flames moved so quickly through the 75-foot (23-meter) vessel that it blocked a narrow stairway and an escape hatch leading to the upper decks, giving those below virtually no chance of escaping, authorities said.

DNA will be needed to identify the victims. Authorities will use the same rapid analysis tool that identified victims of the deadly wildfire that devastated the Northern California town of Paradise last year, Santa Barbara County Sheriff Bill Brown said.

Brown said he had heard anecdotally that those who died ranged from teenagers to people in their 60s.

O’Brien told the Mercury News newspaper that they were celebrating Tia’s 17th birthday.

Salika met his wife at Apple where he worked for 30 years. O’Brien said his “energy and enthusiasm touched so many people across our company throughout his career” and that Garcia “was as passionate about his job at Apple as he was about his love of diving. Both leave many friends behind and will be deeply missed.”

Lisa Fiedler loved nature and captured it in her photos, her mother said.

“Everybody loved her,” her mother said. “She was a kind, gentle person.”

Another broken-hearted mother said on her Facebook page Tuesday that her three daughters, their father and his wife were among those presumed dead.

Susana Rosas of Stockton, California, posted that her three daughters — Evan, Nicole and Angela Quitasol — were with their father Michael Quitasol and stepmother Fernisa Sison.

Evan Quitasol was a nurse at St. Joseph’s Medical Center of Stockton, where her father and Sison had worked after attending nursing school at San Joaquin Delta College.

“Everybody’s devastated,” said Dominic Selga, Sison’s ex-husband. “What caused the fire, that’s the big question, that’s what we all want to know.”

Rosas’ husband, Chris, told the Los Angeles Times that her sister, Angela, was a science teacher at a middle school in Stockton. Nicole worked for a Coronado restaurant called Nicky Rottens. A GoFundMe page the restaurant to help the family described Nicole as “an adventurous & loving soul.”

The fire broke out shortly after 3 a.m. Monday as the boat sat anchored in Platt’s Harbor off Santa Cruz Island, among the rugged, wind-swept isles that form Channel Islands National Park in the Pacific Ocean west of Los Angeles.

Those on board included students from Pacific Collegiate School in Santa Cruz, a public charter school for grades 7 through 12, the school said.

Scott Chan, a physics teacher at American High School in Fremont, also was aboard with his daughter, said Brian Killgore, a spokesman for the Fremont Unified School District. The district said in a statement that Chan taught Advance Placement physics classes for the past three years.

“His students knew him to be an innovative and inspiring teacher who developed a passion for physics among his students,” the district said in a statement. “His loss is a tremendous tragedy for our school district.”

Chan on his LinkedIn page described his teaching as driven by “passion and wealth of real-world experience from research laboratories, and the electronics, computer, and high-performance automotive industries.”

ABC affiliate KNXV-TV in Phoenix reported that an Arizona couple, Patricia Beitzinger and Neal Baltz, were on the trip.

“They went to heaven doing something they loved together,” Neal’s father, John Baltz, told the television station.

Also below decks was Kristy Finstad, a marine biologist and co-owner of Worldwide Diving Adventures in Santa Cruz, which chartered the boat. Finstad was leading the scuba tour.

Finstad had done hundreds of dives in the Channel Islands, where she first swam with her father as a toddler, according to her company’s website.

Finstad studied damselfish and corals in the Tahitian Islands, dove for black pearls in the French Polynesian Tuamotus Islands and counted salmonids for the city of Santa Cruz, where she lived. She also did research for the Australian Institute of Marine Science and wrote a restoration guidebook for the California Coastal Commission.

“My mission is to inspire appreciation for our underwater world,” she wrote on her company’s website.

Dave Reid, who runs an underwater camera manufacturing business with his wife, Terry Schuller, traveled on the Conception and two other boats in Truth Aquatics’ fleet.

Schuller said the company’s crews have always been meticulous in going over safety instructions.

“They tell you where the life jackets are, how to put them on … the exits, where the fire extinguishers are, on every single trip,” Schuller said.

The National Transportation Safety Board is investigating the cause of the fire and scheduled a news conference Wednesday afternoon.

5 dead in Northern California shootings that ended at elementary school