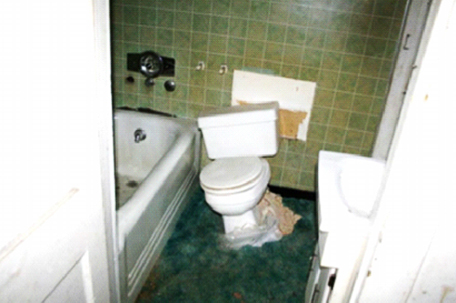 Congress created the Section 8 voucher program to offer very-low-income Americans “decent, safe and sanitary housing in the private market,” but recent examinations have found many such homes far from decent, safe or sanitary.

Despite these promises from the Department of Housing and Urban Development’s website, this federal housing voucher program places some Americans in dangerous and filthy conditions, according to former residents and federal investigators.

What Rubio saw may have been troubling, but not so rare, according to one former Section 8 beneficiary.

“I’ve lived in a bunch of Section 8 s***holes,” said Krissy Walker, a native of Chattanooga, Tennessee who has occupied several Section 8 rental properties in Tennessee and Georgia over the last12 years. 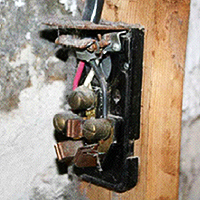 “Broken plumbing, mice, no heat in the winter, no air conditioner in the summer – I’ve dealt with it all,” Walker said.

Thus, 2.2 million families rent homes that they otherwise might not afford.

A federal audit of Durham, North Carolina’s Housing Authority revealed in May that many of the city’s Section 8 recipients live in dangerous conditions.  Among 75 Section 8 homes that HUD officials scrutinized, 69 violated basic federal and local housing-quality standards. This is a 92-percent failure rate.

Thirty of these homes included electrical violations considered “life-threatening” due to potential fire or electrocution. Also in these Section 8 units,  cracks in foundations and holes in ceilings and walls commonly allowed insect infestations.

“These deadbeat landlords ripped off taxpayers once by taking tax dollars from the Section 8 program for properties that were in disrepair and never should’ve been rented out,” said David Williams, president of the Taxpayers Protection Alliance, a D.C.-based fiscal watchdog. “Now they’re ripping off taxpayers a second time by getting even more of our hard-earned money to fix up their seedy, unsafe houses and apartment buildings.”

Those 72 units contained “284 violations that needed to be corrected within 24 hours because the violations posed a serious threat to the safety of the tenants,” according to federal auditors. 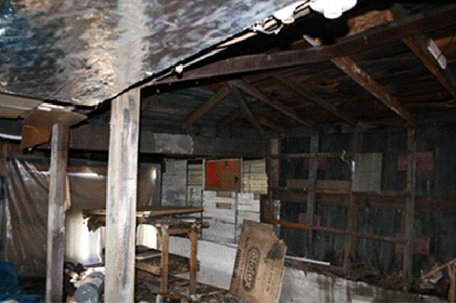 In one Section 8 home in Lackawanna County, Florida, furnace and hot-water-heater flue pipes were not sealed, so hazardous fumes entered the unit. The floor beneath the toilet had rotted in another home. This left its only bathroom unusable, as the commode sank into the floorboards.

Elsewhere, one unit’s garage was structurally unsound and at serious risk of collapse. Rotten walls made the garage lean, so the landlord rigged support beams to prop up the ceiling. The unit’s kitchen was above the garage, which put the tenants in grave danger.

Krissy Walker believes HUD officials may be getting more serious about cleaning up unsafe and unhealthy Section 8 properties, but there is still a long way to go.

“In 12 years, no inspector ever set foot in one of the places I lived in,” Walker said. “And there are filthy, dangerous Section 8 houses all across America – thousands of them,” Walker said. “It will take years and years to get every Section 8 house fixed up to where they’re all places fit for people to live.”