Addressing the realities of being Black in the U.S., Senator Elizabeth Warren’s remarks at the Edward M. Kennedy Institute for the United States Senate (part one) 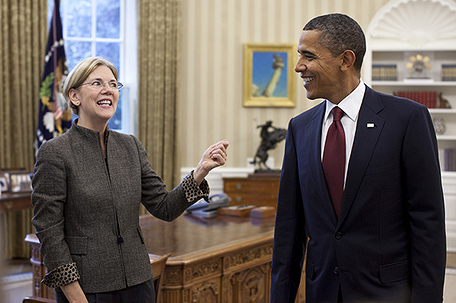 BOSTON-Thank you. I’m grateful to be here at the Edward M. Kennedy Institute for the United States Senate. This place is a fitting tribute to our champion, Ted Kennedy. A man of courage, compassion, and commitment, who taught us what public service is all about. Not a day goes by that we don’t miss his passion, his enthusiasm, and – most of all – his dedication to all of our working families.

As the Senior Senator from Massachusetts, I have the great honor of sitting at Senator Kennedy’s desk – right over there. The original, back in Washington, is a little more dented and scratched, but it has something very special in the drawer. Ted Kennedy carved his name in it. When I sit at my desk, sometimes when I’m waiting to speak or to vote, I open the drawer and run my thumb across his name. It reminds me of the high expectations of the people of Massachusetts, and I try, every day, to live up to the legacy he left behind.

Senator Kennedy took office just over fifty years ago, in the midst of one of the great moral and political debates in American history – the debate over the Civil Rights Act. In his first speech on the floor of the Senate, just four months after his brother’s assassination, he stood up to support equal rights for all Americans. He ended that speech with a powerful personal message about what the civil rights struggle meant to the late President Kennedy:

A half-century ago, when Senator Kennedy spoke of the Civil Rights Act, entrenched, racist power did everything it could to sustain oppression of African Americans, and violence was its first tool. Lynchings, terrorism, intimidation. The 16th Street Baptist Church. Medgar Evers. Emmett Till. When Alabama Governor George Wallace stood before the nation and declared during his 1963 inaugural address that he would defend “segregation now, segregation tomorrow, segregation forever,” he made clear that the state would stand with those who used violence.

But violence was not the only tool. African Americans were effectively stripped of citizenship when they were denied the right to vote. The tools varied-literacy tests, poll taxes, moral character tests, grandfather clauses-but the results were the same. They were denied basic rights of citizenship and the chance to participate in self-government.

The third tool of oppression was to deliberately deny millions of African Americans economic opportunities solely because of the color of their skin.

I have often spoken about how America built a great middle class. Coming out of the Great Depression, from the 1930s to the late 1970s, as GDP went up, wages went up for most Americans. But there’s a dark underbelly to that story. While median family income in America was growing – for both white and African American families – African American incomes were only a fraction of white incomes. In the mid-1950s, the median income for African American families was just a little more than half the income of white families.

And the problem went beyond just income. Look at housing. For most middle class families in America, buying a home is the number one way to build wealth. It’s a retirement plan-pay off the house and live on Social Security. An investment option-mortgage the house to start a business. It’s a way to help the kids get through college, a safety net if someone gets really sick, and, if all goes well and Grandma and Grandpa can hang on to the house until they die, it’s a way to give the next generation a boost-extra money to move the family up the ladder.

For much of the 20th Century, that’s how it worked for generation after generation of white Americans – but not black Americans. Entire legal structures were created to prevent African Americans from building economic security through home ownership. Legally-enforced segregation. Restrictive deeds. Redlining. Land contracts. Coming out of the Great Depression, America built a middle class, but systematic discrimination kept most African-American families from being part of it.

Economic justice is not – and has never been – sufficient to ensure racial justice. Owning a home won’t stop someone from burning a cross on the front lawn. Admission to a school won’t prevent a beating on the sidewalk outside. But when Dr. King led hundreds of thousands of people to march on Washington, he talked about an end to violence, access to voting AND economic opportunity. As Dr. King once wrote, “the inseparable twin of racial injustice was economic injustice.”

The tools of oppression were woven together, and the civil rights struggle was fought against that oppression wherever it was found – against violence, against the denial of voting rights, and against economic injustice.

But the civil rights movement pushed this country in a new direction.

• The federal government cracked down on state-sponsored violence. Presidents Eisenhower, Kennedy and Johnson all called out the National Guard, and, in doing so, declared that everyone had a right to equal protection under the law, guaranteed by the Constitution. Congress protected the rights of all citizens to vote with the Voting Rights Act.

In the same way that the tools of oppression were woven together, a package of civil rights laws came together to protect black people from violence, to ensure access to the ballot box, and to build economic opportunity. Or to say it another way, these laws made three powerful declarations: Black lives matter. Black citizens matter. Black families matter.

Fifty years later, we have made real progress toward creating the conditions of freedom-but we have not made ENOUGH progress.

Fifty years later, violence against African Americans has not disappeared. Consider law enforcement. The vast majority of police officers sign up so they can protect their communities. They are part of an honorable profession that takes risks every day to keep us safe. We know that. But we also know – and say – the names of those whose lives have been treated with callous indifference. Sandra Bland. Freddie Gray. Michael Brown. We’ve seen sickening videos of unarmed, black Americans cut down by bullets, choked to death while gasping for air – their lives ended by those who are sworn to protect them. Peaceful, unarmed protestors have been beaten. Journalists have been jailed. And, in some cities, white vigilantes with weapons freely walk the streets. And it’s not just about law enforcement either. Just look to the terrorism this summer at Emanuel AME Church. We must be honest: Fifty years after John Kennedy and Martin Luther King, Jr. spoke out, violence against African Americans has not disappeared.