Activist who was first Black woman mayor in Mississippi dies 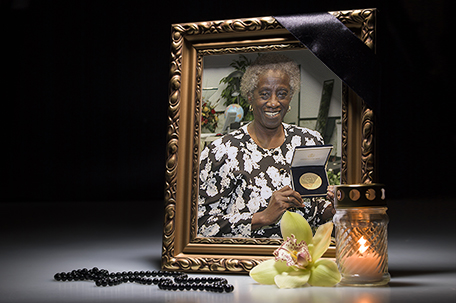 ABOVE PHOTO: This July 25, 2006 file photograph shows Unita Blackwell, who was the first elected Black woman mayor in the state of Mississippi, receiving in Greenville, Miss. Miss Blackwell was one of many civil rights activists who helped in the establishing of the Voting Rights Act of 1965, as well as developing viable grassroots campaigning models, of which certain elements were modified, refined and updated and used by President-elect Barack Obama’s successful campaign.  Blackwell died Monday, May 15, 2019 at 86. (AP Photo/Delta Democrat Times, Bill Johnson, File)

JACKSON, Miss. — A civil rights activist who was the first African American woman to win a mayor’s race in Mississippi has died.

Blackwell became active in the Civil Rights Movement in the Mississippi Delta in 1964, when she and other Black residents of Issaquena County tried to register to vote but were rejected because of a test rigged against them.

She was in the integrated Mississippi Freedom Democratic Party delegation that challenged the state’s all-White delegation at the 1964 Democratic National Convention.

From 1976 to 2001, Blackwell was mayor of Mayersville, a town of about 500. She received a MacArthur Fellowship genius grant in 1992 for her work on housing and water services.