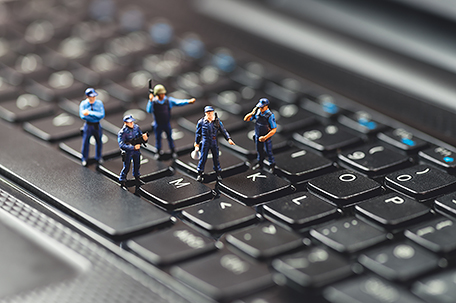 By Sadie Gurman and Eric Tucker

DENVER — Police officers across the country misuse confidential law enforcement databases to get information on romantic partners, business associates, neighbors, journalists and others for reasons that have nothing to do with daily police work, an Associated Press investigation has found.

Criminal-history and driver databases give officers critical information about people they encounter on the job. But the AP’s review shows how those systems also can be exploited by officers who, motivated by romantic quarrels, personal conflicts or voyeuristic curiosity, sidestep policies and sometimes the law by snooping. In the most egregious cases, officers have used information to stalk or harass, or have tampered with or sold records they obtained.

No single agency tracks how often the abuse happens nationwide, and record-keeping inconsistencies make it impossible to know how many violations occur.

But the AP, through records requests to state agencies and big-city police departments, found law enforcement officers and employees who misused databases were fired, suspended or resigned more than 325 times between 2013 and 2015. They received reprimands, counseling or lesser discipline in more than 250 instances, the review found.

Unspecified discipline was imposed in more than 90 instances reviewed by AP. In many other cases, it wasn’t clear from the records if punishment was given at all. The number of violations was surely far higher since records provided were spotty at best, and many cases go unnoticed.

Among those punished: an Ohio officer who pleaded guilty to stalking an ex-girlfriend and who looked up information on her; a Michigan officer who looked up home addresses of women he found attractive and two Miami-Dade officers who ran checks on a journalist after he aired unflattering stories about the department.

“It’s personal. It’s your address. It’s all your information, it’s your Social Security number, it’s everything about you,” said Alexis Dekany, the Ohio woman whose ex-boyfriend, a former Akron officer, pleaded guilty last year to stalking her. “And when they use it for ill purposes to commit crimes against you – to stalk you, to follow you, to harass you … it just becomes so dangerous.”

The misuse represents only a tiny fraction of the millions of daily database queries run legitimately during traffic stops, criminal investigations and routine police encounters. But the worst violations profoundly abuse systems that supply vital information on criminal suspects and law-abiding citizens alike. The unauthorized searches demonstrate how even old-fashioned policing tools are ripe for abuse, at a time when privacy concerns about law enforcement have focused mostly on more modern electronic technologies. And incomplete, inconsistent tracking of the problem frustrates efforts to document its pervasiveness.

The AP tally, based on records requested from 50 states and about three dozen of the nation’s largest police departments, is unquestionably an undercount.

Some departments produced no records at all. Some states refused to disclose the information, said they don’t comprehensively track misuse or produced records too incomplete or unclear to be counted. Florida reported hundreds of misuse cases of its driver database, but didn’t say how often officers were disciplined.

And some cases go undetected, officials say, because there aren’t clear red flags to automatically distinguish questionable searches from legitimate ones.

“If we know the officers in a particular agency have made 10,000 queries in a month, we just have no way to (know) they were for an inappropriate reason unless there’s some consequence where someone might complain to us,” said Carol Gibbs, database administrator with the Illinois State Police.

The AP’s requests encompassed state and local databases and the FBI-administered National Crime and Information Center, a searchable clearinghouse that processes an average of 14 million daily transactions.

The NCIC catalogs information that officers enter on sex offenders, immigration violators, suspected gang members, people with outstanding warrants and individuals reported missing, among others. Police use the system to locate fugitives, identify missing people and determine if a motorist they’ve stopped is driving a stolen car or is wanted elsewhere.

Officers are instructed that those systems, which together contain data far more substantial than an internet search would yield, may be used only for legitimate law enforcement purposes. They’re warned that their searches are subject to being audited and that unauthorized access could cost them their jobs or result in criminal charges.

[Part 2 of this report in next week’s SUN]