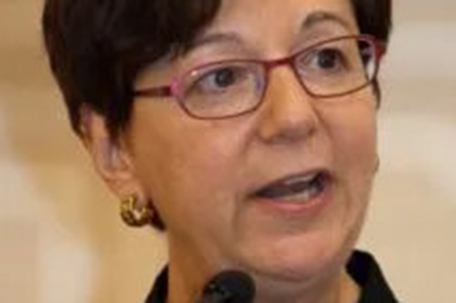 PHILADELPHIA — Abortion providers across Pennsylvania urged the state’s highest court last Wednesday to overturn a longtime ban on Medicaid funding for the procedure.

Planned Parenthood and other providers say the 1982 law violates the state’s Equal Rights Amendment by treating women’s health care needs differently than those of men. Susan Frietsche, a senior staff attorney with the Women’s Law Project, said the ban does “catastrophic” harm to poor women and women of color. She balked when Chief Justice Debra Todd suggested the case came down to a funding issue, not abortion.

“It is not a case only about Medicaid funding, it’s about coverage of health care: Men get it, women don’t,” said Frietsche, who said she could not find a similar Medicaid coverage rule that harmed only men in the state. “The impact that this unfair coverage scheme exerts upon women is catastrophic. And the purpose of it — the underlying rationale of it — is to perpetuate traditional gender roles that are abhorrent to our state’s fundamental charter, to our Equal Rights Amendment and our equal protection provisions,” she said as the court heard more than two hours of oral arguments on the issue.

Activists on both sides of the abortion debate have sought to advance their positions through state law or state court cases across the country since the U.S. Supreme Court in June overturned Roe v. Wade, the 1973 decision that had provided a constitutional right to abortion.

Congress bans the use of federal funds for most abortions, but some states use their own money to cover the procedure for poor women.

Pennsylvania allows abortions up to 24 weeks of pregnancy, but bans Medicaid funding of the procedure, with a few exceptions including to save the mother’s life. The Pennsylvania Supreme Court upheld the 1982 law in a unanimous 1985 ruling. Republicans control the statehouse, while Democratic Gov. Tom Wolf supports abortion rights.

A lawyer for Republican lawmakers defended the ban last Wednesday, calling it settled law. He argued that it could affect some men as well, if they pay for an abortion not covered by Medicaid.

“We’re not talking about the actual fundamental right (to an abortion). We’re talking about whether or not the state has to pay for it,” lawyer Matt Haverstick argued.

The justices took the case under advisement. Four Democrats sat on the five-member panel hearing the case. One justice recused himself, and the seventh seat is vacant after a recent death.