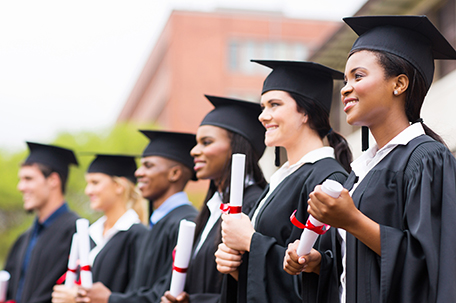 Every budget defines priorities and values. To put it another way, what’s really important in life gets supported financially. For many families, having a home, food, and utilities usually ranks pretty high. Then there are other budgetary concerns, like saving for college or having a ‘rainy day’ fund to cover less frequent costs that can be much higher than the size of the next pay check.

Government budgets, which are built on taxpayer dollars, also reveal priorities. At the federal level, budgets are proposed by the executive branch, but it is the legislative branch that passes and funds budgets. What is in the best interest of the nation is supposed to be the guiding force in government budgets.

But as Sportin’ Life sang in the folk opera “Porgy and Bess”, “It ain’t necessarily so.”

The White House’s FY 2020 proposal cuts education funding by $62 billion compared to that of FY 2019. Even worse, as the cost of higher education continues to climb, federal student aid would be seriously slashed, while other programs would be totally eliminated.

Some of the most disturbing college federal cuts affect programs that lessen the amount of student loans needed for every academic term. As rising college costs have worsened, the financial challenge faced by many Black and other low-wealth families is the availability of grant programs that do not have to be repaid, and/or the work-study programs which are key sources for many college students and their families.

Among its many revisions, the Trump administration stands ready to risk a sizeable portion of the proposed $7.25 billion in Pell Grant funding next year. This program is the single largest source of grant aid for low-income households pursuing post-secondary education.

On March 26, the fiscal year (FY) 2020 Education Budget was the focus of a hearing before the House Appropriations Subcommittee for Labor, Health and Human Services and Education. Secretary Betsy DeVos delivered testimony that expanded upon previously released materials from the Trump administration.

“Since President [Donald] Trump took office, Congressional appropriations for U.S. Department of Education programs have increased dramatically – in spite of the administration’s call to slow spending,” said Secretary DeVos. “We are not doing our children any favors when we borrow from their future in order to invest in systems and policies that are not yielding better results.”

In response, Connecticut’s Rep. Rosa DeLauro, the subcommittee chairwoman, did not mince words. “This budget underfunds education at every turn”, said DeLauro. “This budget inflicts harm.”

Even Rep. Tom Cole from Oklahoma who serves as the subcommittee’s ranking member viewed the White House proposal as “short-sighted.”

The Work-Study program that brings campus-based jobs to students would suffer a double blow. Its monies would be reduced by 55% and remaining funds would be shared with a proposed pilot program targeted to private sector employers for workforce development of nontraditional and low-income students. That’s the window dressing on these cuts.

The Work-Study program that received over $1.2 billion in 2019 would be cut to $500.4 million. In addition, instead of students working on campus, they would need to figure out how to seek employment at private businesses.

Not every student has a car. Nor is public transit always available near college campuses. These businesses would supplement their revenue streams with public monies, but the profits derived would still be private. Previously, Work-Study was jointly funded by the federal government, paying 75 % of hourly wages, with the remaining 25%  paid by the college employer.

What for-profit business wouldn’t want the government to pick up 75% of its labor costs? Seems that the private business – not the student – is the greater concern with this budget.

“Betsy DeVos has some explaining to do – her disinterest in prioritizing quality and affordable education for students is disheartening and erodes the confidence the public has in the Department of Education,” said Debbie Goldstein, an EVP with the Center for Responsible Lending.

Currently, the formula-based Pell Grant award averages $4,251 per participating student. Next year as proposed, the program’s average award will be slightly less at $4,149 and traditional grant recipient students would be forced to share those funds with others enrolled in workforce development training that does not accrue credit hours or traditional academic terms.

Regular readers of this column may recall, many career and technical training institutions are also for-profit entities that in recent years have either failed to provide the training promised, or the earnings assured by admissions personnel – or both. In the worst-case scenarios, tens of thousands of students have been enrolled at the time of closures that came with little or no notice.

The Supplemental Education Opportunity Grant is need-based and financially helps low-income, undergraduate students. For the past two fiscal years, this program was funded at $1.7 billion. If the Trump Administration’s proposal holds, no monies will support this program next year.

The Iraq and Afghanistan Service Grants are available to students whose parent or guardian was a member of the Armed Forces and died as a result of their military deployment in either Iraq or Afghanistan after September 11, 2001. In FY 2019, the average grant in this program was $5,293. In FY 2020, the White House would end it with no appropriation.

These are only a few of the cuts proposed to higher education at a time when education is more important today than ever before. The global economy requires a highly-skilled and knowledgeable workforce. It seems so ironic that this White House keeps placing businesses before the needs of people.

“Instead of punishing for-profit institutions that have deceived students and encouraged them to take on unaffordable levels of student debt, Secretary DeVos will defend President Trump’s proposal to extend taxpayer money to finance unproven short-term programs, many of which will be offered by these very same for-profit college,” added Goldstein.

Here’s hoping that Congress will hear a loud outcry on gutting federal financial aid. Enacting a budget that represents the needs of people should and must prevail.

Charlene Crowell is the communications deputy director at the Center for Responsible Lending. She can be reached at [email protected].