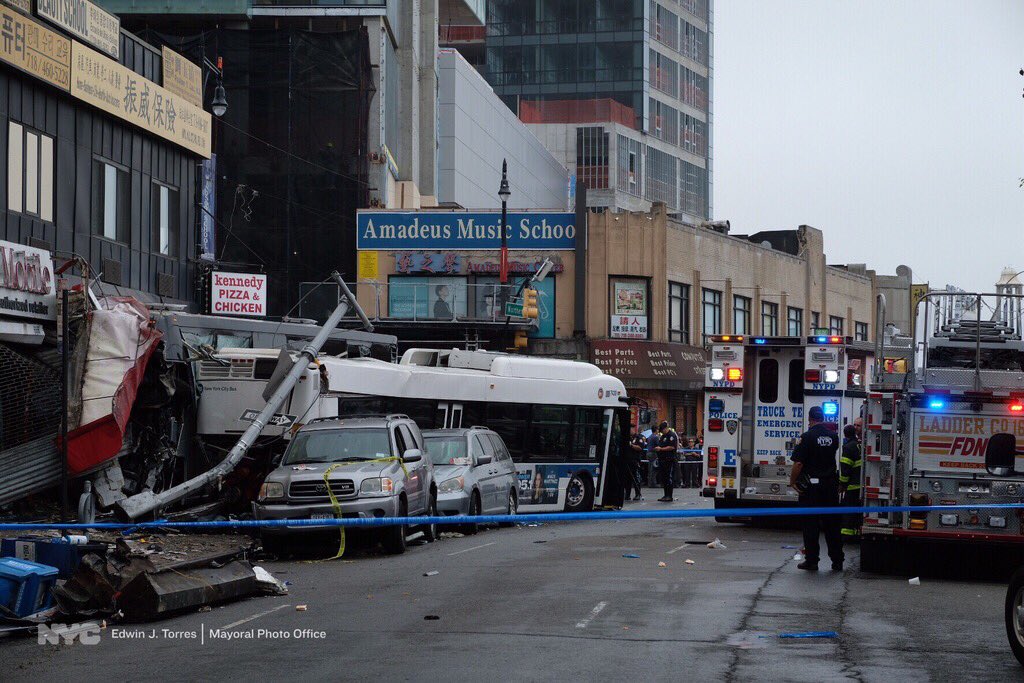 NEW YORK (AP) — Officials say a collision between a city bus and a tour bus at a New York City intersection has left three people dead.

Police say the crash in Flushing, Queens, killed a pedestrian on the sidewalk, the tour bus driver and a passenger on the city bus.

Sixteen other people are hurt, some seriously, in the crash at 6:15 a.m. Monday.

A building also was hit. Mayor Bill de Blasio says experts are working to make sure it is secure.