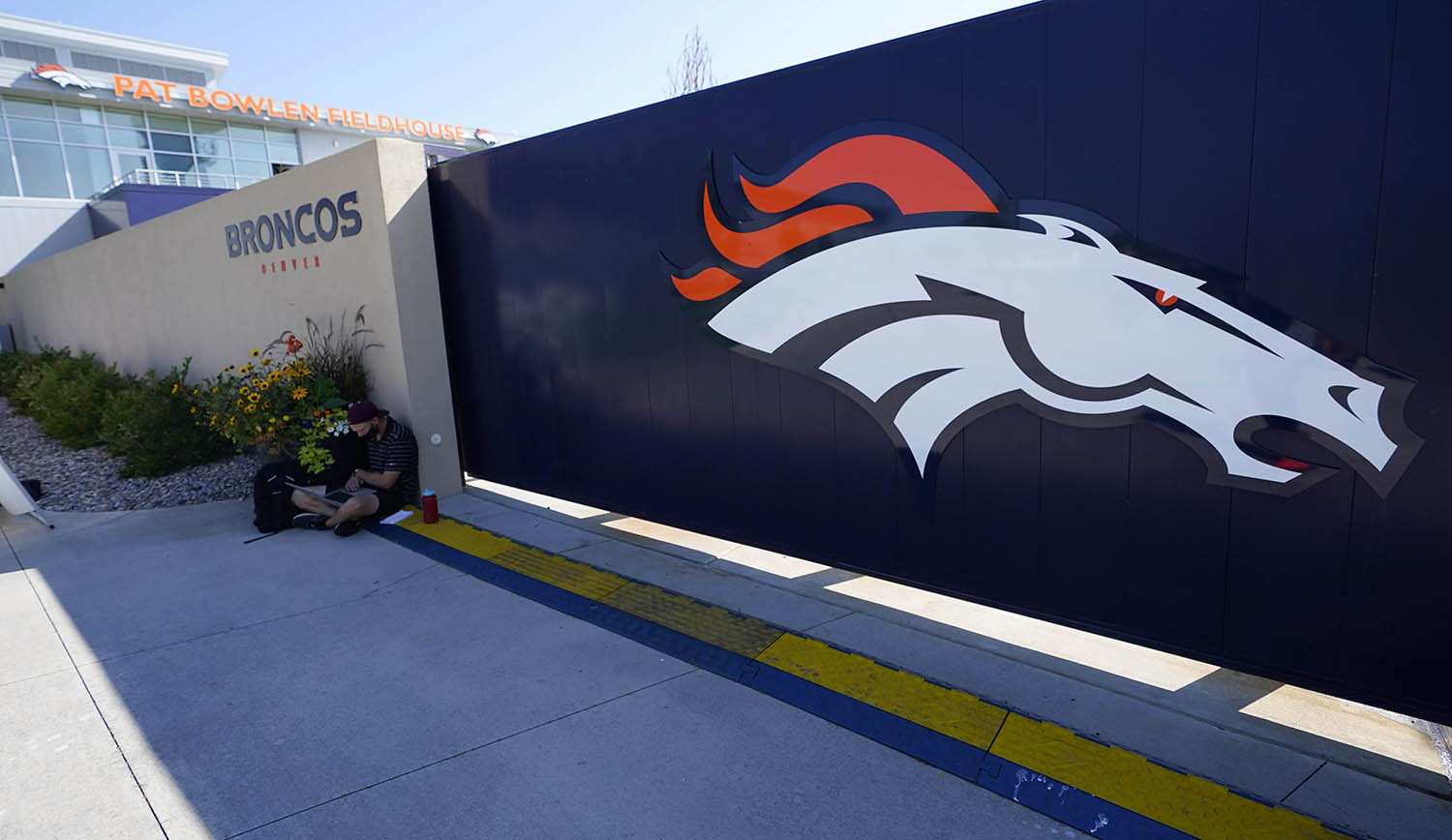 Above photo: A reporter waits outside the closed gate before the Denver Broncos cancelled an NFL football practice Thursday, Aug. 27, 2020, in Englewood, Colo., in response to the shooting of Jacob Blake, a Black man, in Wisconsin. (AP Photo/David Zalubowski)

In what is already being described as one of the greatest demonstrations to protest racial injustice by professional athletes, NBA players boycotted first-round playoff games scheduled for Wednesday to protest police violence.

Led by the Milwaukee Bucks, players in the NBA, WNBA, Major League Baseball and other sports leagues decided not to take the court to protest the shooting of Jacob Blake, 29 by Kenosha police officer  Rustek Sheskey on Sunday. Blake’s three children were in the car at the time that the seven shots were fired into his back.

At a news conference on Tuesday, Blake’s father confirmed that his son is paralyzed from the waist down and is in critical, but stable condition.

Players from the Bucks, led center Giannis Antetokounmpo, initiated the protests and were joined by their Game 5 opponents, the Orlando Magic. Players from the WNBA canceled their games in solidarity with their male counterparts.

Two Major League baseball games-the Milwaukee Bucks vs. the Cincinnati Reds and the Seattle Mariners vs the San Diego Padres also postponed their games in solidarity with the protestors. Tennis star Naomi Osaka said she would not participate in the semifinals of the Western and Southern Open because “watching the continued genocide of Black people at the hands of the police is making me sick to my stomach.” The match was moved to Friday and she has since said she’d participate.

Seven teams in the NFL—the Indianapolis Colts, Arizona Cardinals, Tennessee Titans, Green Bay Packers, New York Jets and Chicago Bears and the Washington Football Team —  refused to practice on Thursday to protest the shooting of Blake in solidarity with the NBA players.

What the NBA players did in boycotting the playoffs was the ultimate act of defiance and the ultimate act of once again trying to get the country to pay attention to and stop the trauma and injustice that African-Americans experience in this country regularly.

Not since the boycott of the American Football League All-Star game in 1965 when Black athletes refused to play the game in New Orleans because of Jim Crow laws have athletes made such a bold statement against racism.

Rather than playing for the entertainment for a white fan base that will not acknowledge them as human beings once the uniform comes off, the Bucks, with the support of their fellow players, collectively said enough is enough.

“Over the last few days in our home state of Wisconsin, we’ve seen the horrendous video of Jacob Blake being shot in the back seven times by a public officer in Kenosha, and the additional shooting of protesters,” according to a statement released by the players.  “Despite the overwhelming plea for change, there has been no action, so our focus today cannot be on basketball. …We are calling for justice for Jacob Blake and demand the officers be held accountable.”

Blake, who was reportedly trying to break up a fight, was stalked and shot down by Sheskey like a hunter shoots down a defenseless deer. He should not have been shot under any circumstances.  When Dylan Roof killed nine African-Americans attending church services in South Carolina in 2015, he was not treated roughly by the police when he was arrested. In fact, the cops took him to Burger King.

This is the thing that I thought NFL players should have done for Colin Kaepernick who was systematically Blackballed by NFL owners for taking a knee during the national anthem to protest racial injustice. If they had taken that collective action, Kaepernick might have had his job back earlier.

Perhaps the most poignant and most heartfelt emotion came from Los Angeles Clipper head coach Glenn “Doc” Rivers who was almost in tears decrying the blatant racism of policing in America. He took a shot at the Republican National Convention’s emphasis on Law and Order.

“It’s amazing that we keep loving this country and this country doesn’t love us back,” Rivers continued. “It’s really so sad. I should just be a coach. I’m so often reminded of my color. We gotta do better. We have to demand better. It’s funny, we protest and they send riot guards. They send people in riot outfits. We’re not trying to defend the police and take their money away. We’re trying to get them to protect us, just like you protect everybody else”

“All we’re asking is that you live up to the Constitution,” he concluded. “For everybody. For everyone.”

That this ask seems to keep being ignored is telling.