The Warriors back out of White House visit, plan to ‘celebrate equality’ in D.C. instead 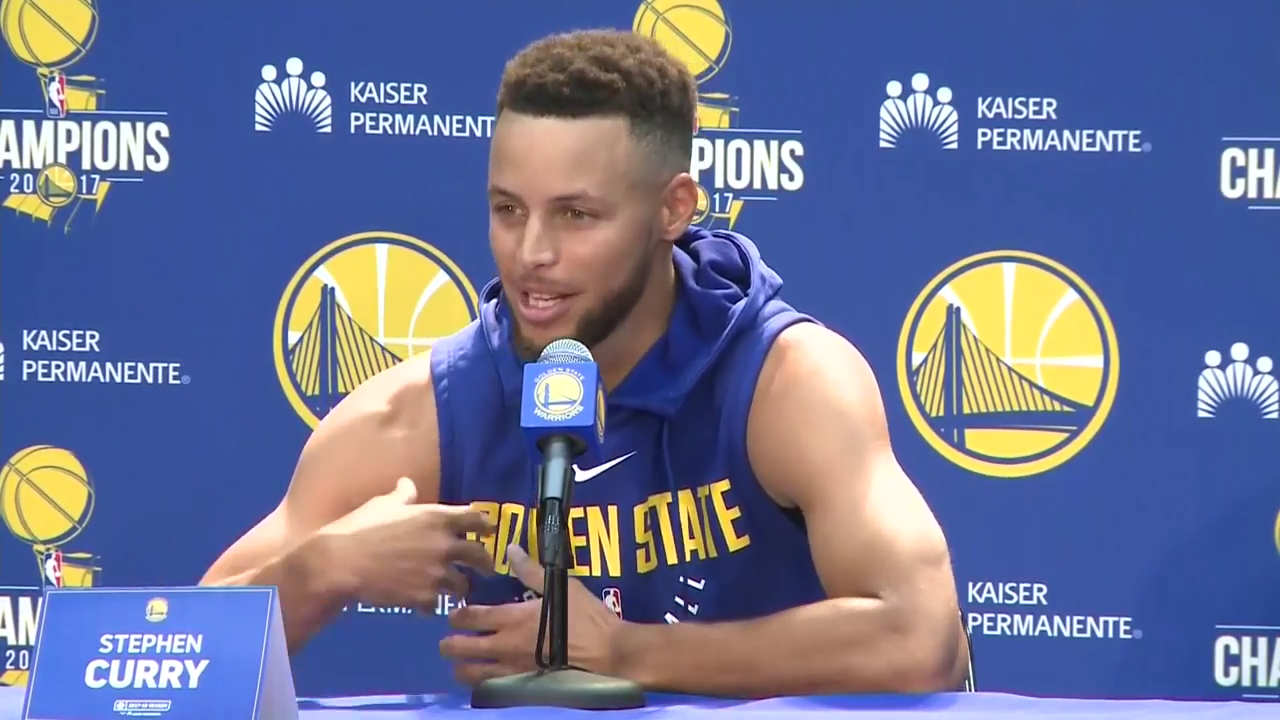 The Golden State Warriors don’t feel welcome at the White House.Hours after President Trump said Stephen Curry was no longer invited to Washington to celebrate the Warriors’ NBA title, the team said they have other plans anyway.“Going to the White House is considered a great honor for a championship team,” Trump tweeted Saturday morning. “Stephen Curry is hesitating, therefore invitation is withdrawn!”The Warriors responded by saying the rest of the team will no longer take part in the usual White House ceremonies.

“In lieu of a visit to the White House, we have decided that we’ll constructively use our trip to the nation’s capital in February to celebrate equality, diversity and inclusion — the values that we embrace as an organization,” the team said in a statement.

The President “had made it clear” they’re not invited to the White House, which team members said left them disappointed that they wouldn’t have a chance to share views “on issues impacting our communities.”

On Friday, Curry told reporters that if it were up to him, a decision on whether to visit the White House would be a “short conversation.”

“By not going, hopefully that will inspire some change in terms of what we tolerate in this country,” Curry said.

North Carolina’s NCAA men’s championship Tar Heels will also be skipping a trip tp to White this year, but a spokesman chalked it up to a scheduling conflict. 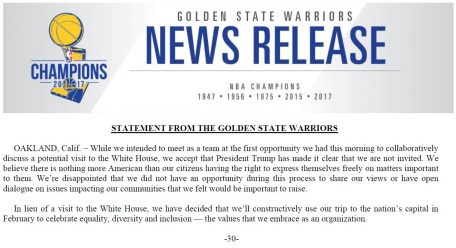