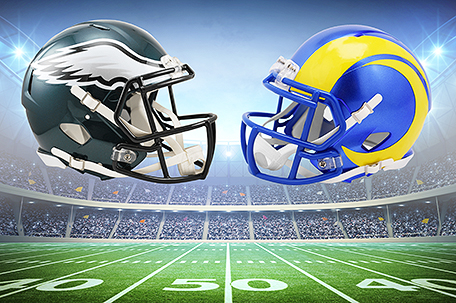 The Philadelphia Eagles were their own worst enemy during Sunday’s loss to the Los Angeles Rams.

Last week, Philadelphia Eagles safety Jalen Mills chided his defense for not stopping Washington from scoring from short distances after miscues by the offense.

In the Eagles 37-19 loss to the Los Angeles Rams (2-0), the defense got pushed all over the place, giving up 449 yards of total offense in the process. On five out of the Rams scoring drives were from 68 yards or further. Using a combination of end-arounds, screen passes, bootlegs, and misdirection passes, the Rams took what they wanted from the Eagles defense.

Inconsistency on both sides of the football is the reason the Eagles are in an 0-2 hole.

“It was nothing that the Rams did,” safety Rodney McCleod said. “It was all self-inflicted and us not being where we needed to be. “We gave up too many touchdowns, caused not enough turnovers, we were behind the sticks a lot on first and second down, which put them in position to where we were facing a lot of third and twos, and third and threes … We started chasing plays rather than being in the moment and trusting each other consistently.”

In the first half, the Rams offense, mostly using misdirection plays, had their way with the Eagles defense and jumped off to a 21-3 lead. LA’s first touchdown of the game was set up by a Miles Sanders fumble at the Eagles 41.

For the game, the Eagles turned the ball over three times with two of them leading to Rams score. After the game, quarterback Carson Wentz, who completed 26-of-42 passes for 242 yards and two interceptions, said the offense is not that far away from being a more consistent unit.

“The timing of our mistakes is really killing us right now,” Wentz said. “But we know when we can get these things cleaned up, we have the potential to be great and be elite on offense. We did some good things, but not enough. We have to protect the football.”

It took the Rams five plays to move 41 yards to take a 7-0 lead on a four-yard TD pass from quarterback Jarod Goff to tight end Tyler Higby. The Rams would score touchdowns on their next two drives of 75 and 80-yards.

But late in the second quarter, the Eagles somehow managed to get back into the game. On the ensuing possession after the Rams touchdown, the Birds bounced back with an 11-play, 75-yard drive of their own that ended with a one-yard drive by quarterback Carson Wentz.  That cut that lead to 21-9. The Birds were unable to convert on the two-point conversion.

Late in the first half, the Eagles came up with what could have been game changing when Eagles linebacker T.J Edwards stripped Rams punt returner, Cooper Kupp of the football, at the Rams eight that was eventually recovered by cornerback K’Von Wallace at the Rams 11.

Two plays later, Sanders scored on a five-yard run to cut the Rams lead to 21-16 to end the first half.

The Birds had a chance to take the lead on their first possession of the second half. They drove from their own 14 to the Los Angeles 21 and appeared to be on the verge of taking their first lead of the game. But on first and 10 from the Rams 21, Wentz tried to hit wide receiver J.J. Arcega-Whiteside on a post pattern, but it was intercepted in the end zone by Darious Williams.

On the ensuing possession, the Rams offense drove 68 yards to get a 30-yard field goal to increase the lead to 24-16 late in the third quarter. On the Birds’ next possession, they drove to the Los Angeles 15-yard line. When the drive stalled, Jake Elliot’s 33-yard field goal cut the Rams lead to 24-19 with 12:07 left in the game. But the Eagles could not stop the Rams who took three plays to move 75 yards with Goff hitting Higby with his third touchdown reception for a 28-yard score to end the competitive portion of the game. LA would add one touchdown late in the game.

“We got some momentum, we got the three points and we got to a five-point game at that time and I really felt like the momentum was on our side,” said Eagles head coach Doug Pederson. “Defense was ready and eager to go back out on the field. We just needed to find a way to get a stop and get the offense back out there … You get one stop in those situations, you have a chance to take the lead on the next possession.”

The Birds are hoping to change their luck next week when they take on the 0-2 Cincinnati Bengals and new quarterback Joe Burrow — the number one overall pick in last year’s NFL Draft — next week.