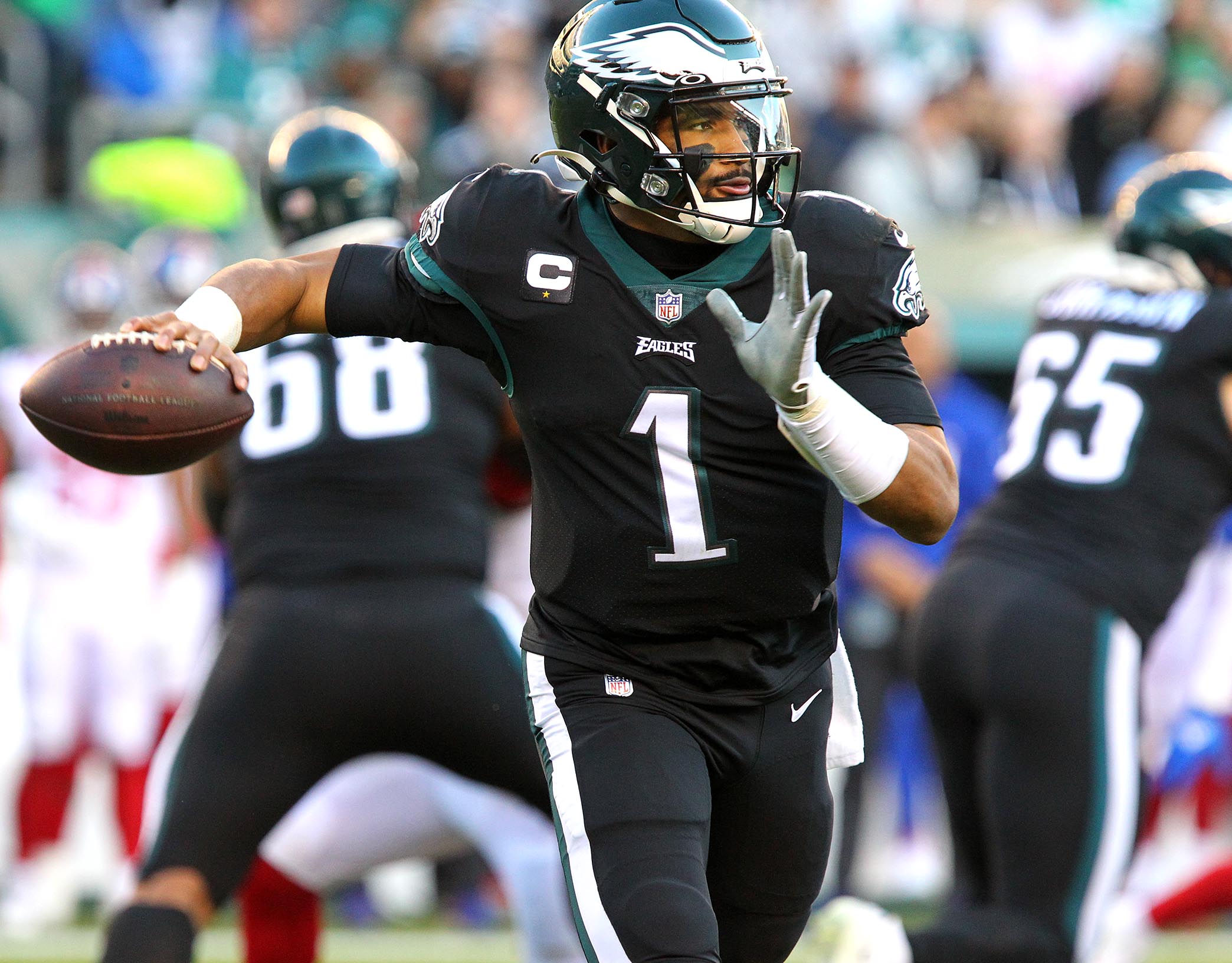 The Philadelphia Eagles season is going to rise or fall based on the play of quarterback Jalen Hurts. And he knows it.

Amid rumors of the team exploring trade deals for Russell Wilson or DeShaun Watson, Jalen Hurts spent the offseason learning to get better at his trade. He spent some time in Southern California reportedly working on his mechanics and other aspects of his game.

“Just a holistic approach of taking the next step as a quarterback,” Hurts said during a press conference back in May. “Whether that be functioning the offense, running the offense, taking true command of the offense, on the field, in the weight room, what am I eating, how much film am I watching, creating a schedule for myself, and just practicing great discipline to what I do. Holistically, it’s all been beneficial.”

Though Hurts is in his third year of NFL experience, he is in his second year as a starting quarterback and is coming off a 2021 season in which he struggled to find consistency in the passing game. Last season, Hurts passed for 3,144 yards and completed 61.3 percent of his passes with 16 touchdown passes (tied for 23rd) and nine interceptions. As a team, the Birds ranked 25th in the NFL in passing.

Last season, there were more than a few fans and media saying that Hurts’ struggles in the passing game were a clear indication that was not fit to be a starting quarterback in the NFL. In the playoff loss to the Tampa Bay Buccaneers, he threw two interceptions and completed just 53 percent of his passes.

Yet, Hurts, through his mobility and toughness, was the reason the Birds got into the postseason. He gained 784 yards on the ground and made his share of plays in the passing game as well.

With training camp set to open on July 26 at the NovaCare Complex, Hurts comes into the 2022 season with an opportunity to prove to his critics that he is a franchise quarterback. After all the trade rumors, Eagles management made it clear that it was Hurts’ job to lose. On his end, Hurts has made it clear that he’s ready to take on that challenge.

During the Eagles’ organized team activities (OTAs) that took place in late May and early June, the team’s coaches and Hurt’s teammates have been saying that they are seeing improvement in Hurt’s ability to throw the football.

“Jalen is, in my opinion, more comfortable in the offense, right. That’s just the part of the process the second year,” said Eagles head coach Nick Sirianni. “He knows where the receivers are going to be versus different looks. He knows where to go with the football a little bit quicker.

In the Eagles’ seven-on-seven drills, Hurts was accurate in his throws for the most part. He was connecting with his receivers on both deep throws and passes across the middle.

“Just him going through his reads, his progressions. I feel like the ball’s got a little bit more zip on it. He’s getting it out a little bit quicker,” said Eagles’ tight end Dallas Goedert. “You see kind of a 1-2-3 throw. He doesn’t have as many hitches. He’s seeing the game faster which is really promising.”

Eagles’ offensive coordinator Shane Steichen said he has seen the results of Hurts’ hard work during OTAs and looks forward to seeing it further when training camp opens next month.

“(Hurts) always, always in the film room. That’s one of his assets. He’s relentless in that regard in the film room and studying our opponents, a little different coverage techniques and fronts, all those different things,” Steichen said. “Then obviously the chemistry with the wideouts, it’s taking place right now in OTAs and it’s probably going to continue over the summer. I’m sure he’ll get with those guys in the summer to do some things.”

The one thing that’s been making a difference for Hurts in his preparation for the upcoming system is playing under one offensive system for two straight seasons. Dating back to his college days, Hurts has had different offensive coordinators and has played under several offensive systems between Alabama and Oklahoma.

“I think the biggest thing is that this is the first time having the same coach consecutively calling plays, being in the same system, so I think that’s been very pivotal going into the off-season,” Hurts said. “As we go through the plays and run the plays against our defense, just being decisive on the field, knowing pretty much where I’m going with the ball based on the looks, they give me. There’s a natural maturation there.”

The biggest test for Hurts will be to see whether his hard work will pay off when he has to face a pass rush breathing down his neck.