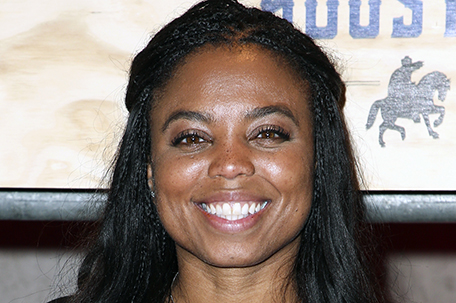 When ESPN’s Jemele Hill called President Donald Trump a white supremacist, she did nothing wrong.

That’s a common refrain these days at a time when athletes and others are allowing life to creep into the hallowed halls of sport.

Americans don’t mind athletes and sports commentators talking, as long as it’s Xs and Os. Or a feel-good story dripping with family values and Americana.

But if someone in the sports world, especially a person of color, wants to talk about being brutalized by the police, or the racism that sticks to America like glue and seems to have found purchase in the nation’s Highest Office, “Shut up and play!” or even better, just “Shut up!” becomes the refrain.

ESPN host Jemele Hill is finding that out the hard way.

When Hill — co-anchor of ESPN’s 6pm “Sportscenter” — tweeted that President Donald J. Trump was a “White supremacist, it caused a major firestorm that included Press Secretary Sarah Huckabee Sanders calling for her immediate firing and social media blowhards raining “Shut up and stick to sports!” down on her head.

What Hill said on social media was no different than what folks on MSNBC say about 45 on a regular basis.  This is a president who regularly retweets comments from White supremacists and has appointed a few in his cabinet.

So what did Hill do wrong? Not a damned thing.

The controversy surrounding Hill and the outcry to shut her down is just as horrific as the blackballing that NFL owners have been giving Colin Kaepernick due to his national anthem protest.

It’s also part of the history of sports in America. When Black people speak out in sports — whether they are athletes or sports columnists — the backlash always comes in the form of telling you to shut up.

To tell you how far back this goes, the mere presence of Jack Johnson’s unabashed Blackness brought him the scorn of early 20th century sportswriters. After Johnson defeated the former White unbeaten champion Jim Jeffries, the sports media of that time used his victory to shut down the Black community celebrating the victory.

The Los Angeles Times published an editorial back in July 1910, the day after the fight. This article, entitled “A Message to the Black Man” stated:

“Do not point your nose too high. Do not swell your chest too much. Do not boast too loudly. Do not be puffed up. Let not your ambition be inordinate or take a wrong direction …. Remember, you have done nothing at all. You are just the same member of society today you were last week. … You are on no higher plane, deserve no new consideration, and will get none …. No man will think a bit higher of you because your complexion is the same as that of the victor at Reno.”

In the early years of Jackie Robinson’s career, he was praised by the media of the 1950s as he suffered silently. But after Dodgers general manager Branch Rickey allowed Robinson to express himself, yell back at umpires and express his views about race, he was branded a malcontent.

“Early on, they liked Jack because he was being a ‘good boy’ and he was doing what they thought he should do and he was keeping his mouth shut and the minute he tried to defend himself, they would call him ‘uppity ‘ they would call him a loud-mouth to discredit him,”  said his wife Rachel Robinson in Ken Burns documentary, “Jackie Robinson.”  The Sporting News called him “A chronic griper” because of his willingness to be assertive and speak out on race. Still others said he was “ungrateful.”

That became the prevailing approach to African-American athletes who dared to speak out on any issue. While White Denver Broncos GM John Elway can blatantly contribute to Neil Gorsuch’s campaign for the Supreme Court and New England Patriots quarterback Tom Brady can wear a Trump,”Make America Great Again” hat without any constraints placed on their expression, Hill’s silence is demanded and Kaepernick is still a man without a team.

But in the case of Hill, she wasn’t going to back down. When ESPN tried to replace Hill, her co-host Michael Smith refused to their daily broadcast without her. Two other Black staffers refused as well.

Hill kept her job and she’s still doing her thing talking to truth to power.

But I have a little bit of advice for you folks who like to tell Black sports folk to just shut up and play or stick to sports.

Why don’t you just shut up and just listen? Who knows, you might learn something.

When “Shut-Up and Play” Hits Home…