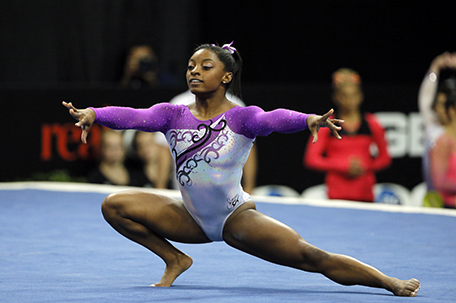 If there’s one thing that everyone can agree on about 2016, it was a year where the one constant was death.

While the pop culture world got hit the hardest with the losses of such icons as Prince and David Bowie, the Sporting World got knocked around a bit as well. We lost boxing icon Muhammad Ali this year. The General of Arnie’s Army, golf legend Arnold Palmer, also left us. So did basketball coach extraordinaire Pat Summit and former Philadelphia Eagles coach Buddy Ryan.

Even sports media felt the sting with the losses of John Saunders, host of ESPN’s “The Sports Reporters” and Craig Sager, easily the most colorful man in the NBA.

Although we’re still in mourning over the loss of these shining stars, and cherishing the memories of their brilliance, the Sporting World gave us more than a few reasons to cheer in 2016. It was an up year for some and a down year for others, but one thing it wasn’t was boring. 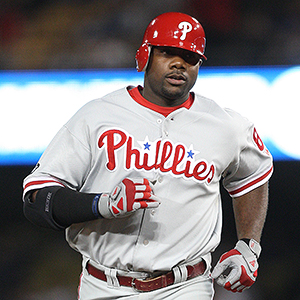 One Last Hurrah for the Big Piece: Ryan Howard

Because 2016 marked the end of his contract, Howard will be a free agent and will most likely leave the team that he led with his bat from 2005 to 2016.

Unfortunately, a combination of age, injuries and a team in rebuilding mode mandated that Howard and the Phillies part ways. Howard will most likely play for someone else and while it’s a shame that he won’t be allowed to retire here, Phillies fans will always appreciate the Glory Days he brought to the franchise.

The Year of Black Girl Magic

In December, former Philadelphia Inquirer baseball columnist Claire Smith became the first woman to win the prestigious J.G. Taylor Spink Award from Major League Baseball’s Hall of Fame in Cooperstown, New York. She was honored for her pioneering work, which included paving the way for women to enter MLB locker rooms to do interviews, just like their male counterparts.

That Smith received the award this year makes perfect sense because 2016 was the year that the Sporting World was hit with all kinds of Black Girl Magic.

Black female athletes from Africa and the African Diaspora (which includes the United States and the Caribbean), served notice to the world that they were a force to be reckoned with, most prominently during the 2016 Summer Olympics in Rio.

Gymnast Simone Biles was named the Associated Press’s Female Athlete of the Year.

If you watched one minute of her gymnastic performances during the 2016 Olympic Games in Rio, the reason she won this award became obvious.

The diminutive Texan was the darling of the games, leading the Final Five—Biles, Laurie Hernandez, Madison Kocian, Aly Reisman, and 2012 Individual all-around Gold Medalist Gabby Douglas—to a team Gold Medal and also winning three individual gold medals including the individual all-around. Biles stunning performances in the floor exercise dazzled audiences around the world and her grace and athleticism were definitely a joy to watch.

But while she responsible for a nice chunk of the Black Girl Magic on display in Rio, Biles was only the beginning. Black women also showed that they could excel in places they’re not normally associated with like the swimming pool and fencing ring.

Elsewhere in the water, Ashleigh Johnson, the first Black woman to make the U.S. Water Polo team, helped lead the team to a gold medal. In the gold medal game against Italy, Johnson, the team’s goalie, had eight saves. 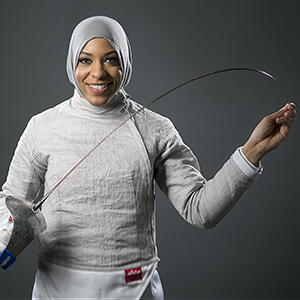 Ibtihaj Muhammad made news when she competed with the U.S. Sabre Fencing team while wearing the hijab of her Muslim faith. The team took home a bronze medal and Muhammad’s performance showed that you can be an observant Muslim and an athlete simultaneously.

But while Black women in non-traditional sports took center stage, that didn’t mean that Black women didn’t continue to excel in places where they’ve traditionally ruled, such as in track and field. Led by the United States, the Bahamas, Colombia, Jamaica and the African continent, Black women won gold medals in all but three track and field events at the Olympics.

From Michelle Carter’s gold in the shot put to Brianna Rollins, Kristi Castlin and Philadelphia’s own Nia Ali sweeping the 100-meter hurdles to the exploits of the Jamaican track team, Black women showed, to paraphrase Emmy-award winning actress Viola Davis, that all that’s needed for them to excel is opportunity. They made the most of it…and then some.

All Hail The King (James) 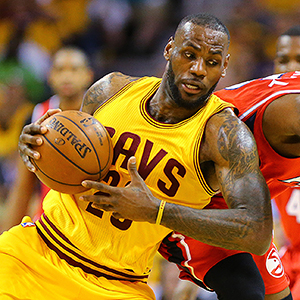 With the Cleveland Cavaliers went down 3-1 in the NBA Finals to the defending champion Golden State Warriors, LeBron James put his Cleveland Cavaliers on his back and helped them win three-straight elimination games to give the City of Cleveland its first pro sports title since 1964.

James, the Associated Press’s Male Athlete of the Year, became the Finals Most Valuable Player by performing the historical feat of leading in scoring, rebounding, and assists. What makes this feat even more remarkable is that it’s something that neither Magic Johnson, Bill Russell, Kareem Abdul-Jabbar, Oscar Robertson nor the athlete James compared to most often, Michael Jordan, was able to do.

They’re all Hall of Famers. This year, his achievements put LeBron James in the same rarefied air.

No Joy In Mudville

Because the Philadelphia Eagles, the Phillies, the 76ers, and the Philadelphia Flyers are all in some form of rebuilding mode, the closest that Philadelphia sports fans got to the World Series, the Super Bowl, the NBA Finals and the Stanley Cup was the couch in front of their television sets.

While the Eagles, who will miss the NFL playoffs for the third straight year, made some noise when rookie Carson Wentz went undefeated in his first three starts, they came back to earth with a deafening thud after the bye week. Coming into the season finale against the Dallas Cowboys, Wentz has completed 62 percent of his passes for 3, 537 yards with 14 touchdowns and 14 interceptions.

The Sixers also gave their fans hope by picking LSU’s Ben Simmons with their first-round lottery pick. The good news is, Simmons can handle and pass the ball like Magic Johnson.

The bad news is, and this should be no surprise to Sixers fans, he’s injured. And as if often is in Sixers World, it’s a foot injury.

But there is some hope for optimism now that Joel Embiid has finally recovered from his foot injury and has emerged as the team’s best big man. 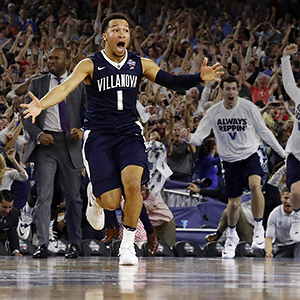 In one of the most exciting games in the history of the NCAA Tournament, the Villanova Wildcats won the men’s basketball national championship on a last-second three-point shot by Kris Jenkins. Philly sports fans desperate to have any semblance of a championship embraced the idea of giving the Main Line-based Wildcats a championship parade downtown, which I guess was okay to some. Although I know one Philly sports fan who thinks that parade should have gone to an actual Philly team, instead of one that’s given the moniker by directionally challenged national broadcasters.

For the second straight season, the Quakers won a share of the Ivy League football title. They became league co-champs with Princeton by defeating Cornell University 42-40. Junior running back Tre Solomon gained 173 yards to lead the 7-3 (6-1 in the Ivy League) Quakers.

The Owls proved that the team’s 2015 football season was no fluke by winning the American Athletic Conference championship with a 34-10 win over Navy and notching its second straight 10-win season. The effort was enough to get head coach Matt Rhule noticed by the Big 12’s Baylor University, and he left to try and salvage a program that’s been in the news for all the wrong reasons over the last couple of years. The Owls also lost the Military Bowl to Wake Forest when the comeback they were mounting fell short.

But this doesn’t take anything away from an outstanding year for the Owls. If anything, it gives new Temple head coach Geoff Collins something to shoot for.

The much-maligned James Franklin became the Big Ten’s Coach of the Year by leading the Nittany Lions of Penn State to the Big Ten Football Championship. The team scored a come from behind win against Wisconsin thanks to the performance of running back Saquon Barkley and a stout defense. While many thought that Penn State should have gotten into the College Football Playoff thanks to its victory over Ohio State, the team’s two losses mean they’ll be going to the Rose Bowl in Pasadena, California on New Year’s Day.

Was this the curtain call for boxer Bernard Hopkins?

After getting literally knocked out of the ring by Joe Smith Jr. in his most recent fight, some say it should be.

From the moment he turned 40, Hopkins has waged a valiant and sometimes successful against Father Time.  But in the end, the 51-year-old Hopkins found out what every athlete eventually does: time is undefeated.

While Hopkins hasn’t said whether or not he’ll retire, the prevailing hope is that he will. To do otherwise will probably do him more harm than good long term.

Like I said, 2016 has been an up and down year. But now that it’s over, it’ll be interesting to see what 2017 will bring to the Sporting World.

No matter what it is, I’ll have it for you.