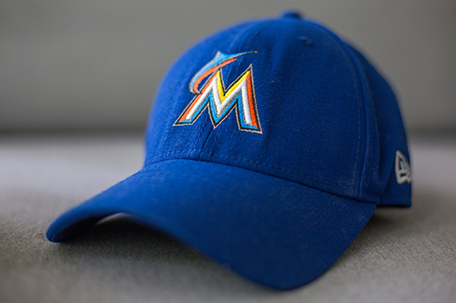 The coronavirus outbreak that’s hit the Miami Marlins shows that bringing back professional sports isn’t going to be a walk in the park.

For the last couple of weeks, I’ve been following the progress of the major sports leagues in their efforts to have their seasons amid the COVID 19 pandemic.

To do this successfully, the leagues have to realize that the only way that they’ll be able to not only start, but finish the season, is by realizing that the coronavirus is in control here, not the sport.

“It all needs to be revamped to fit into this world of coronavirus,” said NFLPA President J.C. Tretter of the Cleveland Browns. “Because the expectation that you’re going to be able to fit coronavirus into football, it’s not the right expectation.”

But that was probably the expectation that Major League Baseball had when it began the season last weekend. Covering the Phillies three-game series versus the Miami Marlins, I was marveling at how baseball was best-suited for social distancing.

But during the postgame press conference with manager Joe Girardi and Phillies players, it was revealed that four members of the Marlins including starting pitcher Jose Urena were scratched because they reportedly came down with COVID 19.

The Phillies had their players tested on Monday, Tuesday and Wednesday, and while none of the players tested positive, a visiting clubhouse staffer at Citizens Bank Park did. The Marlins’ season is currently suspended and the Phillies won’t take the field until Saturday, when the team will play a double header.

You have to wonder if they’re going to be any more outbreaks as the season somehow moves forward. Or better yet, will MLB manage to finish its 60-game season if more players come down with the coronavirus?

Or will we have a situation similar to Major League Soccer? Playing a bubble in Kissimmee, Fla., two teams pulled out of the competition because a third of these teams tested positive for the coronavirus.

Of course, I’m still wondering why we are still trying to play sports as the number of COVID 19 cases is increasing nationwide and we are approaching more than 150,000 deaths.

Meanwhile, the United States has become the laughingstock of the industrialized world for its inability to come up with a comprehensive national plan to slow this virus down and get it under control. Had this been done in the first place, we wouldn’t be having this conversation and the ballparks would be full of enthusiastic fans instead of cardboard photographs and fake crowd noises on a stadium loudspeaker.

MLB Commissioner Rob Manfred told ESPN that they will adjust their testing protocols and hope to learn from this particular situation.  At the end of the day, Manfred would probably consider shutting things down if there are too many cases cropping up around the league.

“Our first concern is the health of the players and their families,” Manfred told ESPN.com. “And making sure we do everything possible to minimize the spread of the virus.”

Manfred’s concern for the safety of their players and fans is noble on the surface, but the thing that bothers me is that concern for the players’ safety is merely secondary to the owners’ need to make a profit.

Trying to make COVID 19 fit around our desire for having sports now might be the exact reason why our sports leagues won’t finish their seasons.

Is This Game Really Necessary?

What can Brown do for you?