The Battle For The NFC Least 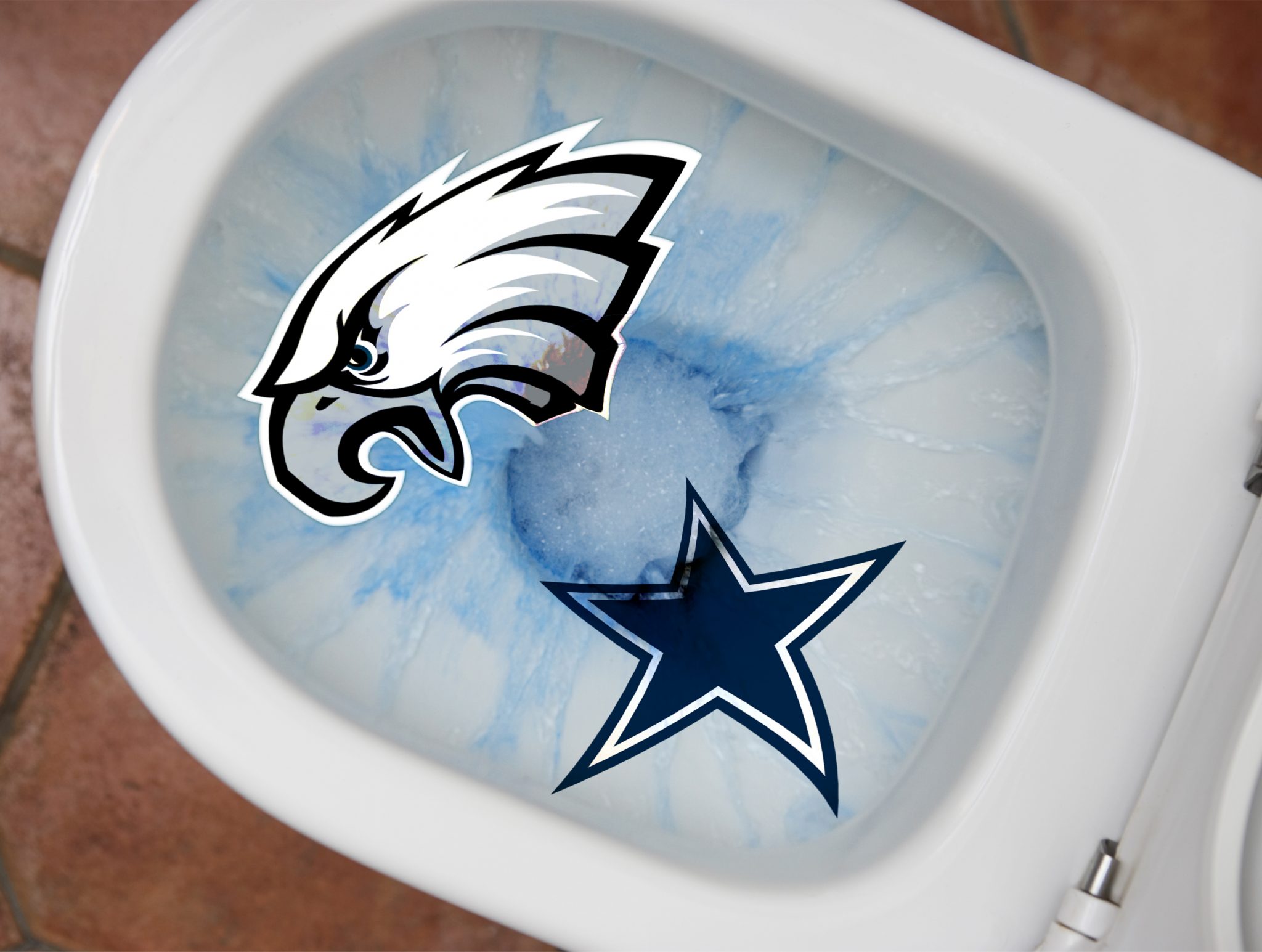 By winning an overtime game against an abysmal New York Giants squad Monday night, the Philadelphia Eagles maintained their playoff hopes in  a division that’s circling the drain.

The race for the 2019 NFC East title will go down in the annals of football history as one of the worst in league history because neither the Philadelphia Eagles nor the Dallas Cowboys deserve the right to represent the division.

The Cowboys and Eagles are arguably the two lousiest teams to ever compete for a divisional title. For the last three weeks, it’s been a race to the bottom with both teams suffering three-game losing streaks.

But the Eagles (6-7) managed to end their slide on Monday night at Lincoln Financial Field with a 23-17 overtime win over the hapless New York Giants (2-11). The team rallied from a 14-point halftime deficit to tie the game in regulation and scored the winning touchdown on a pass from quarterback Carson Wentz to tight end Zach Ertz on their first possession of overtime.

“Zach did a great job of getting open and sealing the deal,” Wentz said after the game. “It’s big for me and all of these guys. You know the emotional roller coaster and obviously realizing how poor we were in the first half and just how it spring-boarded us into the second half.”

The Eagles are now tied for first place with the Cowboys for the lead in the NFC East with three games left in the season. The Cowboys are also 6-7 after losing to the Chicago Bears.

The Birds scored 20 unanswered points in the second half after falling behind 17-3 at halftime and being booed by fans as they came off the field. Head coach Doug Pederson said his team didn’t get down on themselves and was determined to keep fighting in the second half.

“Everybody understood what was going on and it was just a matter of pride,” Pederson said. “We just had to figure it out. … It just comes down to that. It’s a want to, a will, a desire and that’s what I saw at halftime.”

The Giants built their halftime lead thanks to a pair of Eli Manning touchdown passes to wide receiver Darius Slayton and a 34-yard field goal by Aldrick Rosas. In the first half, the Giants rolled up 226 yards of offense.  In the second half, the Birds defense held the Giants to just 29 yards and two first downs in the second half.

The Birds defensive effort sparked the Birds comeback on offense and enabled them to come back to tie the game on a two-yard touchdown pass from Wentz to Ertz with two-minutes left in regulation. The Birds also got a third-quarter touchdown from running back Boston Scott who scored on a two-yard run.

With his team reeling from a subpar first half, Wentz said he told his team to keep fighting.

“Just keep believing,” said Wentz, who passed for 325 yards and two touchdown passes. “Keep believing and it’s time to make a decision how this is going to to define us tonight. Obviously, we knew it wasn’t our first half. We just said, ‘keep believing and keep staying together.’ Defense was going to take care of their piece, which they did. And we were able to do enough offensively to get this win.”

But it was the performance of Scott in both the running and the passing games that really stood out. Every time he touched the ball, Scott came up with a big run or catch that kept the chains moving for the Eagles.

“Boston got in there . … You saw the quickness and the speed. He did a great job,” Pederson said.

The Eagles are hoping that this win will jumpstart their run to the playoffs, a run they’ll have to make without Jeffrey, whose injury turned out to be season ending. So keeping their eyes on the prize will be especially important. “The biggest thing is we have to make sure we stay focused,” said veteran defensive end Brandon Graham. “Enjoy this win, but we have to watch next week. We didn’t make the playoffs yet, we’re not celebrating because we got in the playoffs because we won the division, none of that. We just have to make sure that we enjoy this one and get ready for Wednesday when it’s time to talk about the Washington Redskins.”

The Eagles will continue their trek through the dreck that is the NFC Least on Sunday when they take on the 3-10 Redskins on Sunday at 1pm.  The game can be seen, if you want to do that to yourself, on Fox-29.