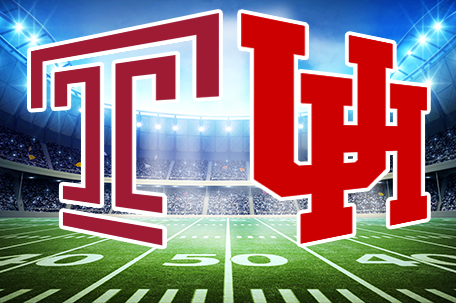 Okay Philly…it’s time to grab your popcorn, a couple of cases of Yuengling, several pounds of wings, a group of your friends and, if you’re all not fortunate enough to be in Houston, a spot in front of the largest flat screen you can find because the only local sports team that’s going to be vying for a championship this year will be center stage on Saturday.

The Temple Owls (10-2,7-1 and ranked #20 in the Associated Press poll) will take on the Houston Cougars (11-1, 7-1 and ranked #17 by AP) in the American Athletic Conference Championship at the University of Houston’s TDECU Stadium at High Noon eastern.

“It will be a real challenge to go on the road … It’s a championship game, but it’s a home game for them,” said Temple head coach Matt Rhule. “It will be a hostile environment, but I think our team will be ready and we’re playing our best ball right now.”

Beyond the pride of winning the AAC championship, the winner of Saturday’s contest will more than likely get a bid in one of the six non-playoff New Years bowl games, which begin on Dec. 31st.

For Temple, it’s the opportunity to win the school’s first football conference championship ever. The Owls will come into the game with seven players who garnered first-team All-AAC honors with senior linebacker Tyler Matakevich being named the AAC’s Defensive Player of the Year.

In Saturday’s title game, the Owls defense will come into Saturday showdown with Houston as the AAC’s No. 1 scoring defense, allowing just 18.8 points per game. Temple is No. 1 in the AAC in total defense, rushing defense and No. 2 in pass defense. The Owls defense has more interceptions than it has allowed touchdown passes.

They’ll need to be on top of their game against an explosive Houston offense that’s averaging 42 points per game.  Dual threat quarterback Greg Ward Jr. has put up the kind of numbers that give opposing defensive coordinators nightmares.

As a passer, Ward has passed for 2,502 yards with 16 touchdown passes. On the ground, Ward has gained 893 yards rushing with 17 touchdowns.  He averages 282 yards of total offense per game. He can make plays with arms and his legs.

In his last effort against Navy, Ward passed for 308 yard and threw three touchdown passes. He also gained 83 yards rushing on 17 carries with one touchdown.

The last time the two teams met was last season with Houston coming away with 31-10 victory.  Junior quarterback P.J. Walker said the Owls are a better team that’s tougher mentally than it was last season.

“I think this team is mature enough to handle anything outside of these gates,” Walker said. “Once we get down to Houston, we’re going to be ready to go.’’

Indeed, the Owls are a much better, more experienced team on both sides of the football, especially on offense. Temple has three players on its offense that received first-team All-AAC honors.

For the Owls to beat Houston, they have to control the ball on the ground to keep Houston’s high-powered offense the field.

“This what we play for, to play in big games like this,” Thomas said.