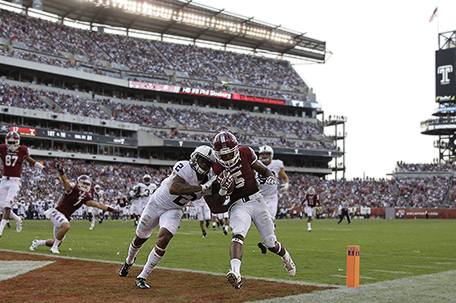 For the Chris Murray Report and Philadelphia Sunday Sun

Before last weekend’s upset of Penn State, Temple head coach Matt Rhule had been telling his players and the media that a victory over their in-state rival would be just another win.

But you wouldn’t have known that from the loud celebration in the Owls locker room. The sound of the Owls singing an old Philly favorite made popular by the late Harry Kalas, “High Hopes” wafted into the press conference being held next door in the media room.

During his weekly press conference, Rhule took some time out to reflect on what was a huge win for the Temple Owls football program.

“It’s the development of what we’re trying to get done here,” Rhule said. “There were a lot of kids  … that two years ago lost to Fordham on a Hail Mary, lost to [University of Central Florida] on that catch, and to think that two years they were able to be so resilient, so strong, handle adversity and more importantly, act like they deserve to be there; to act like they knew how to win a big time college football game in the fourth quarter.”

The reverberations from the 27-10 over Penn State turned into some accolades for Temple. The Football Writers of America, a group made of college football writers, named the Owls as its national team of the week.

Linebacker Tyler Matakevich, who had three of the 10 sacks Penn State quarterback Christian Hackenberg endured during the game, was named the American Athletic Conference’s Defensive Player of the Week. The Owls defense also held the Nittany Lions offense to 180 total yards.

Temple running back Jahad Thomas, who gained 135 yards on 29 carries with two touchdowns for the Owls, was named the American Athletic Conference’s Offensive Player of the Week.  Temple was the only school in the AAC to win multiple awards in the conference’s weekly honors.

But now that the euphoria of that Penn State win has begun to fade, it’s time for the Owls to get ready for Saturday night’s American Athletic Conference road opener against the University of Cincinnati. Quarterback Gunner Kiel leads the Bearcats (1-0) and was efficient in a 52-10 win over Alabama A&M. He completed 18-of-22 pass for 233 yards and two touchdowns.

“That’s a good offense, they put up a lot of points and we’re excited to get after it,” defensive tackle Matt Ioannidis told Owlsports.com earlier this week. “We like to see how our defense matches up against them.”

Last season, Kiel passed for 3,254 yards while completing 59 percent of his passes. He threw 31 touchdown passes, but also tossed 13 interceptions.  In the Bearcats 14-6 win over the Owls last year at Lincoln Financial Field, Kiel completed 19-of-31 passes for 174 yards and one touchdown.

“It matters more when it’s a conference game because that’s how you get to the championship,” said Owls cornerback Tavon Young.

The Owls took a big step in beating Penn State, but the test for them in this game is to avoid experiencing a letdown this week. Temple has lost its last three meetings with Cincinnati, and given that record, the team should be really focused, Rhule said.

“It’s like what’s next … I really think they get that because we’ve made some many mistakes in the past. We haven’t focused on what’s next,” Rhule said. “I think it’s helpful we’re playing Cincinnati because they’re so good and they’ve beaten us.  Our kids know this is a real good team and we have to play great.”