Survival of the Skittish 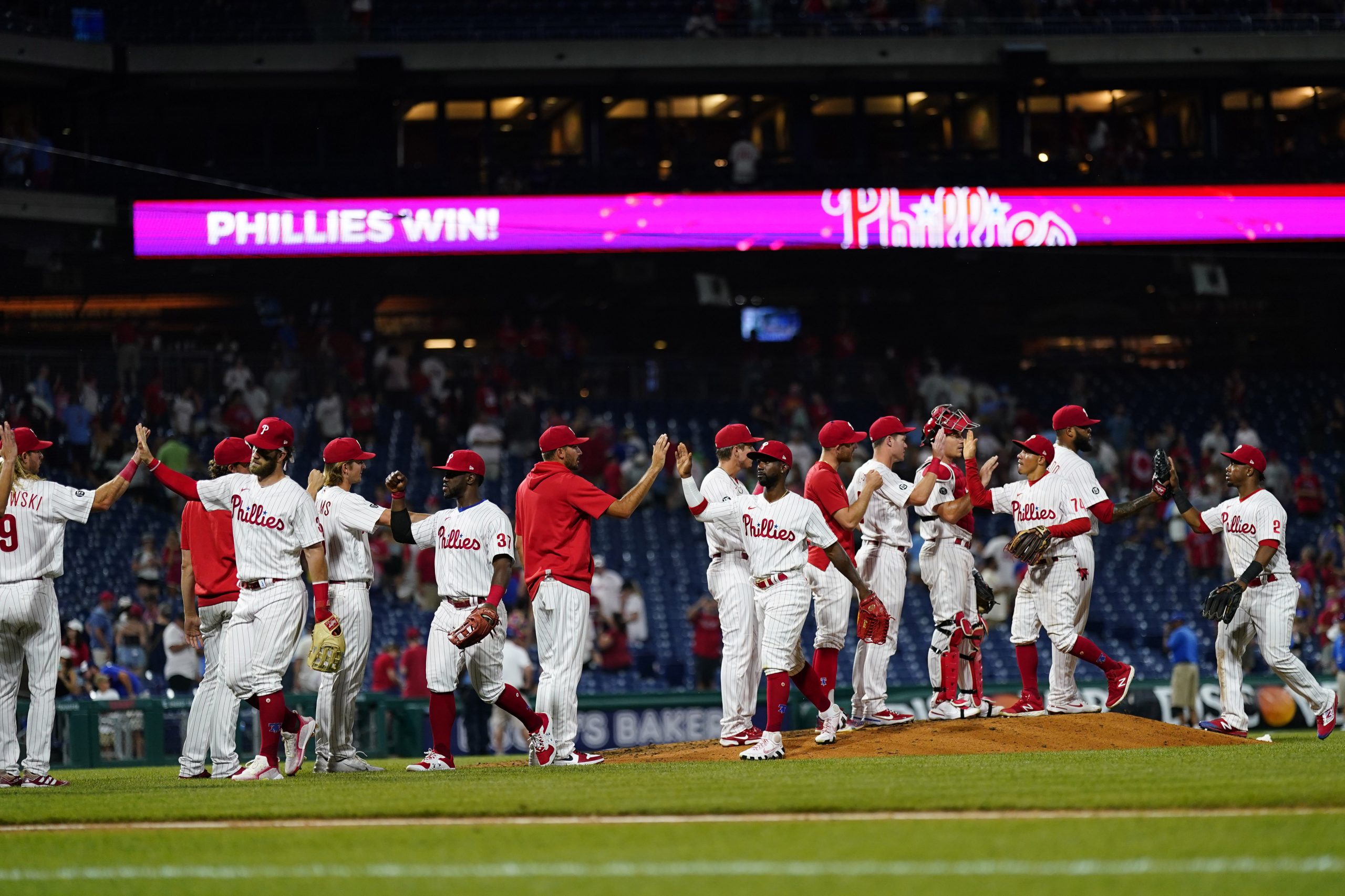 The Phillies bullpen survives a shaky ninth inning in win over Miami.

When the call went to the Phillies bullpen during last night’s game with the Florida Marlins at Citizens Bank Park, no one could blame fans for fearing the worst.

Nearly 24 hours after a disastrous meltdown against the Cincinnati Reds in which a depleted Phillies bullpen and gave up 10 runs in two innings in the 12-4 loss, fans, and manager Joe Girardi for that matter, were wondering if the group, which has blown 21 saves in 76 games, could maintain the 4-0 lead given to them through a stellar outing of shutout baseball thrown by starting pitcher Vince Velasquez.

Fortunately, the Phillies bullpen didn’t give away the game Tuesday, but it wasn’t for a lack of trying.

The bullpen made the game more interesting than it should have been by allowing one run in the eighth on a wild pitch and a two-run homer by Miami’s Adam Duvall off Phillies closer Jose Alvarado in the ninth.

But the Marlins would come no closer and the Phillies hung on to a 4-3 win in front of over 18,000 relieved fans at Citizen’s Bank Park. Alvarado got his third save in a season in which closing out games has become more adventurous than it ought to be.

The only thing that Girardi could do after watching his team have yet another late inning collapse is look on the bright side.

“The way I look at it we would have lost that game last week on the road trip,” Girardi said. “We won the game tonight. That’s the bright spot of it. But the big thing is the free base runners (walks). That’s probably what hurts us the most more than base hits in a sense when you look at some of the games we’ve lost and that’s what has to be taken care of.”

On the mound, Vince Velasquez (3-2) had a solid performance in his seven innings on the mound for the Phillies. He didn’t allow a run and allowed just two hits with no walks. He threw 97 pitches.

“That’s the best performance [Velasquez] has had for us all year and we really needed it,” Girardi said. “I thought he was ahead in the count a lot. I thought he had all his pitches. I thought he located well against right-handers very well away [Tuesday]. He threw some really good curveballs tonight. Threw some good sliders. I thought he had a good game-plan and Vinnie executed it.”

Velasquez did a good job of mixing his pitches while maintaining a 92-93 mile-per-hour four-seam fastball. He also had seven strikeouts. On a sweltering 91-degree night in Philadelphia, Velasquez, who pitched well in his previous outing against the Washington Nationals, had his longest outing of the season.

“I think today was just a solid example of what I think I can do,” Velasquez said. “Know that I don’t give away any free passes (walks) and trusting my secondary pitches and having that fastball command and letting the hitters get themselves out.”

Velasquez said he looked at Tuesday night’s outing against the Marlins as something that he can build on moving forward.

“I think this is a building stage for myself and as a team in general,” he said. “We can do some damage in the next game or two.”

The Phillies jumped out to a 1-0 lead on an RBI-single Phillies left fielder Andrew McCutchen that drove home second baseman Jean Segura, who reached by after being hit by a pitch from Miami starting-pitcher Trevor Rogers.  McCutchen is 8-for-18 with runners in scoring position in the month of June.

The Phillies added to their lead on a solo home run by first baseman Rhys Hoskins who blasted the ball to right-center field seats to give the Phillies a 2-0 lead after six innings.

The Phillies added another run in the bottom of the seventh on an RBI double from Odubel Herrera, who was batting for Luke Williams. Herrera advanced to third on a wild pitch by Marlins’ reliever Anthony Bender and scored on another wild pitch by Bender to give the Phillies a 4-0 lead.

Hopefully, there won’t be as much drama at Citizens Bank Park tonight when the Phillies continue their series with the Marlins beginning at 7:05pm.