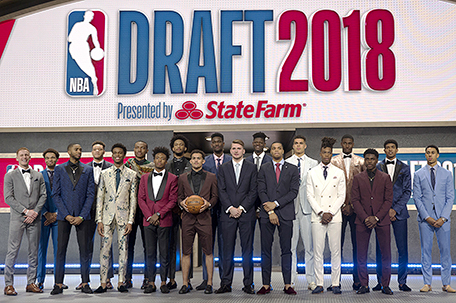 Philadelphia 76ers head coach/interim general manager Brett Brown has some explaining to do.

During his press conference, Brown said moving Bridges to the Suns was necessary to acquire other additional pieces via trade or free agency. Since Smith, who worked out twice with the Sixers before the draft, was on the table, the Sixers pulled the trigger on the deal.

“It was a great opportunity,” Brown said. “We studied the things we felt he could improve on. [The Smith trade] could be the thing that flips it with us having more assets to enhance a more realistic trade for a star. We are star-hunting or we are star developing. That’s how you win.”

Now if the Sixers find that “star” via trade or free agency and he leads the team to a NBA title, fans and critics like myself won’t be as hard on the 76ers management.

But if they don’t, they’re going to have some explaining to do. Especially since the free-agent market may be a little tricky.

How this season of free agency turns out for the Sixers will depend upon where LeBron James wants to go. The prevailing rumor in the days leading up to free agency is that LeBron wants to form another super team with the Los Angeles Lakers that would presumably include Paul George and possibly Kawhi Leonard.

Another rumor floating around is that James may stay in Cleveland and play alongside rookie point guard Collin Sexton.

According to ESPN.com, the Sixers, along with Cavaliers, the Boston Celtics, and Los Angeles Clippers have reportedly made trade offers for Leonard.  The question for the 76ers, is how much they are willing to give up for Leonard? Markelle Fultz?  Robert Covington or any of the players they recently drafted? The Sixers might have the inside track with pulling off a trade with San Antonio because of Brown’s relationship with San Antonio Spurs head coach Greg Popovich.

Leonard, who sat out most of last season with a quad injury, would give the Sixers some athleticism at both the two and three positions. He’s a two-time all-star that can play defense and shut down scorers at multiple positions. Leonard has the kind of superstar bonafides and athleticism at the guard and small forward positions that the Sixers are going to need to compete with a Celtics squad that beat them in the East Conference semifinals this past season.

Then there’s Mr. James.  If he is shopping around for the best offer and the best opportunity for him to add to his legacy with another championship ring to his collection, the City of Brotherly could be the ideal spot for James.

For starters, James will have Joel Embiid and Ben Simmons as his teammates.  Simmons regards James as a mentor and contrary to popular belief, I don’t think Simmons’ growth as a player would not be stunted by his presence. Playing with Simmons would give James a chance to play off the ball and concentrate on scoring and rebounding while also helping Simmons develop at the point guard position.

More importantly, James would make the Sixers a contender, not just in the Eastern Conference, but for the NBA title.  With James, the 76ers would be favored to beat a team like the Golden State Warriors.

Paul George, who averaged 21.9 points per game with the Oklahoma City Thunder last season, would also make the Sixers a huge contender with his 6-9 frame and ability to score and defend.

Brown and the Sixers management have to realize that they’re no longer the lottery team of lovable losers that’s just learning how to play together. They’re contenders, meaning that they need to look for people who can help them now.

In other words, the time for The Process is over. That’s why I looked at the Bridges trade with a bit of a jaundiced eye. How do you give up a rookie with championship experience that could probably step in and start as a rookie? It makes no sense.

But if Sixers management can get a free agent that will lead them to the Promised Land (and the NBA Title that goes with it), all will be forgiven…and forgotten.