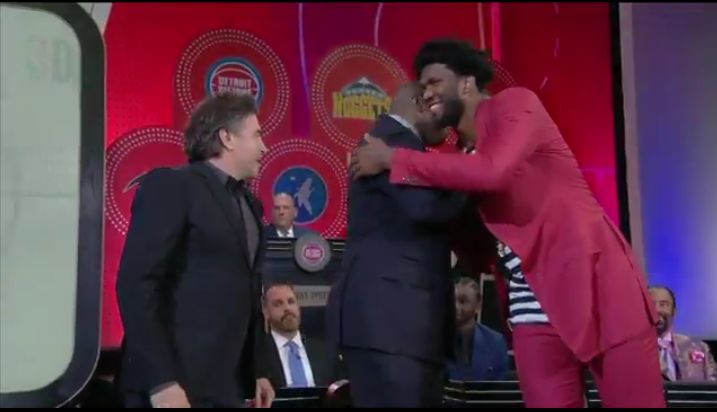 The Boston Celtics won the NBA Draft Lottery on Tuesday night.  The Los Angeles Lakers took second and the Sixers came in third.

Sports fans and teams nationwide anxiously awaited the results of the lottery televised on ESPN.

76er center Joel Embiid was in the place to be, accepting the lottery position on stage. He was thrilled to represent the team.

“I love Philly, they show me so much love. Hopefully, I’ll do this again because I had a lot of fun,” Embiid said in an interview with a Sixers correspondent.

Magic Johnson, who represented the Lakers, was a tad bit uneasy not knowing where his team would land in the rankings.

When another team was called for fourth place, Johnson was relieved.

“Of course you’re nervous because you don’t know what’s going to happen.  When we knew we could keep our top 3.  I was very happy,” Johnson told an NBA TV reporter.

Not all Philly fans were happy with the outcome and felt the Sixers got the short end of the stick. 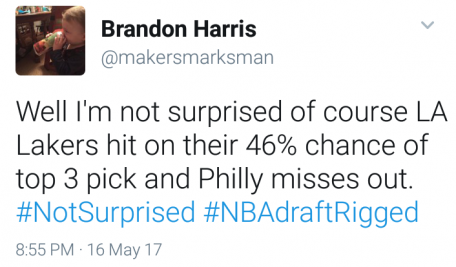 The NBA Draft will take place June 22 at 7 p.m. at Barclay’s Center in Brooklyn.