When “Shut-Up and Play” Hits Home… 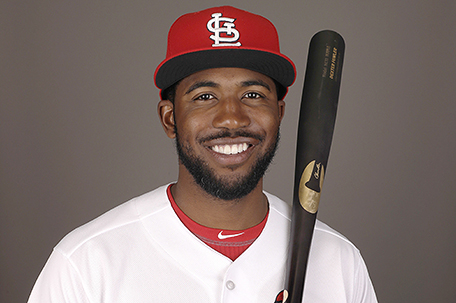 While professional athletes are often told to stick to sports, sometimes it’s asking too much.

I used to think of sports as a way to bring people of different backgrounds together with the possibility of getting to know each other and learning somehow to negotiate the things that divide us.

During my years as a sports writer, I’ve found that more often than not, that notion is still a long, long, way off, especially when it’s an African-American athlete who dares to speak out on race in a way that’s critical of American society.

This ban hit home for Fowler because his wife, Darya Baghbani, is from Iran, one of the seven countries listed in the order. Fowler, like any husband and father would, expressed how the travel ban would affect his family.

Never mind that Fowler neither mentioned Trump by name nor said anything disparaging about him, the speedy Cardinals outfielder was hit on social media with “shut-up and play!”, a time-honored bon mot that’s been thrown at a who’s-who of Black athletes that includes Jackie Robinson, Muhammad Ali, Tommie Smith, John Carlos, the Black players who boycotted the American Football League All-Star game in 1965 and more recently Colin Kaepernick and Martellus Bennett.

That plantation mentality has been ingrained in the minds of some White sports fans and even sportswriters when it comes to African-American athletes. You can hit homeruns, slam-dunk from the free-throw line, and score touchdowns all you want, but once Black athletes veer off of that very straight line and talk about the ills they see in society, they’re told to remember their place and to be grateful that they live in a country that allows them to earn millions of dollars from playing a sport.

What’s really sad to me is that the White sports fans who spew this kind of vitriol seem to believe that Black athletes give up their First Amendment rights the moment they sign their first pro contract or even when they sign that collegiate letter of intent. You also have to wonder what their attitude toward the 13th Amendment is. I mean, it was former St. Louis Cardinals great Curt Flood who once said is a slave is still a slave, even if he’s a well-paid one.

But even worse than telling a Black athlete to just shut up and play is the hypocrisy that sometimes comes with that statement. For example, when white athletes like New England Patriots quarterback Tom Brady refused to visit the White House when President Barack Obama was president, none of the fans criticizing Black Patriots players like Martellus Bennett for skipping the visit or giving Fowler grief would ever tell Brady to just shut up and play.  He’s an American hero to them.

That’s the folly of conflating nationalism, patriotism and racism in these situations. If an athlete like Fowler can’t even express concern for his family without being raked over the coals for making a “political statement”, we have a problem.

The larger issue in my mind is that Blacks, the LGBTQ community, Hispanics, and Muslims are supposed to just lay down and take it on the chin in the face of bigotry. It reminds me of the mentality of calling out the Native Americans as “savages” for daring to fight back against the theft of their land.

In the end, all Fowler did was express concern for how a misguided policy decision on the part of a president who built is entire campaign and large chunks of his administration on fear and bigotry. To his credit, Fowler has managed to stand is ground despite the backlash.

But to the people telling Fowler to shut up and play, I say this:

When you’re telling a fellow American to “just shut up and play”, you’re not only being a bigot, you’re also being downright un-American because the Constitution of the United States gives every American the right to speak his mind—

Shut up and play? No way!

Being Black In Green: What part did racism play in McCoy trade?