She The People Did Fox’s NFL sideline reporter Pam Oliver get demoted because she’s too old for TV? 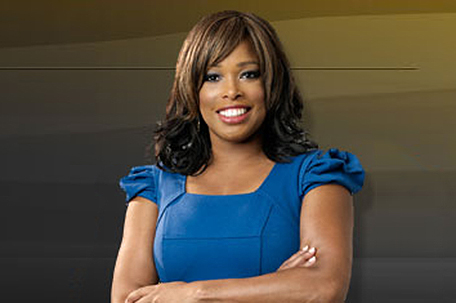 TV is a tough business. Especially for women. Like film, it’s a medium that favors a certain look when it comes to women, while men just don’t face the same scrutiny and gaze.

And it’s easy to tell what that “look” actually is — thin, young, white and very often blonde. So when Pam Oliver, a prominent black woman NFL sideline reporter, who is 53 years old, gets replaced by Erin Andrews, a 36-year-old blonde sports reporter with far less experience, people wonder why.

Oliver, who was informed last April about the change, will now be on Fox’s second-rung NFL team and will do long-form pieces and major interviews as well. Fox Sports president Eric Shanks, who talked to Sports Illustrated, said the move was a positive one for Oliver and the network:

“Clearly it’s an expanded role that meets the needs of all the big events that Fox and Fox Sports 1 covers as well as the NFL on Fox,” Shanks said. “I can’t think of a more respected person in the entire industry than Pam Oliver, and when you find out that Pam is going to be doing the interview, I don’t think you would say that anyone else would do the interview better. Her being a part of the Fox family now and in the future is really important to us. The move is hugely positive to where Fox Sports is going and building its journalistic chops and credibility 365 days and not just 17 days a year.”

Oliver had this to say about age and the television business, where “women in their 50s on sports television have long been an endangered species.”

Oliver said no one at Fox has ever indicated that they have a problem with her age. “But I live in the real world and I know that television tends to get younger and where women are concerned,” Oliver said. “Just turn on your TV. It’s everywhere. And I’m not saying these younger girls don’t deserve a chance. I know I’ve had my turn.”

Oliver described Andrews as “solid,” and clearly Fox agrees. According to the SI article, the network has long been smitten by “talent” who cross over to popular culture platforms, as Andrews has with “Dancing With the Stars.” The same is true for Terry Bradshaw and Michael Strahan.

Given that popular culture is what it is, it’s unlikely that Oliver, or women of her similar demographic, could cross over in the same way that Andrews and former male sports stars have been able to do.

A veteran NFL reporter told SI that Oliver was pushed aside, not because of lack of talent or sources, but because she didn’t have the right look:

“She’s not blonde, nor is she in the demographic,” said the reporter. “I’m not naïve and I understand it’s a business, but I think that Fox did not treat her as befits a woman who has been the female face of their sports operation for the past 19 years.”

An underlying current of Oliver’s comments, as well as those of the other NFL reporter, suggests this: while it’s Erin Andrews’s turn now, in a handful of years, she might very well be in the wrong demographic, too.