See (Most Of You) Next Year! 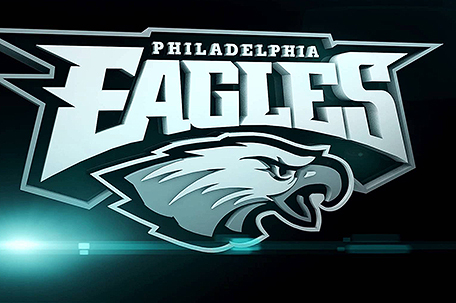 For the last two years, Philadelphia Eagles fans have been treated to some of the best football in the franchise’s history from a team that inspired the city. But what’s next?

When Nick Foles’s last pass of the Philadelphia Eagles playoff game against the New Orleans Saints whizzed through the grasp of wide receiver Alshon Jeffery last Sunday, it not only brought an end to the Eagles 2018 season, it was the end of arguably the most improbable two-year run through the playoffs, a run that included last season’s Super Bowl title.

In spite of all the injuries that Eagles have sustained over the last two years, losses that included starting quarterback Carson Wentz, the Birds somehow managed to win a Super Bowl in 2017 and came wishing two games of getting the chance to repeat this year.

The team could have quit, but it didn’t, said Howie Roseman, the Eagles Vice President for Football Operations.

“We were 4-6 [and] we were 6-7 coming off a Super Bowl championship,” Roseman said. “It would’ve been very easy for us to say this was not our year, but our players rallied around each other; they rallied around our coaching staff. I’m really proud to sit here and be a Philadelphia Eagle. We’ve won 26 games the last two years [and] been in five playoff games.”

If anything, this group of Eagles will go down in history for being the most resilient Super Bowl champion of all time.  The new cliché among players and coaches in all sports is to have a “next man up.” Usually, that so-called next man is not as good as the guy being replaced and teams with a large number of injuries often wind up at the bottom of the standings.

None of the aforementioned teams had the kind of deep-seeded injuries the Eagles have had in the last two seasons. The Birds made it to and eventually won last year’s Super Bowl missing their starting quarterback, starting middle linebacker, their All-Pro left tackle, their best special teams’ player, their starting place-kicker, and their best multi-purpose running back.

“People could have easily folded, but they didn’t,” said Eagles defensive end Brandon Graham. “I’m just more proud of that. Man, people didn’t give us a chance. Like we always talk about everybody in this room matters. Everybody else is just talking and speculating. They don’t know what really put into it, so let’s put it all in and let’s see what happens. It got us that far.”

This season was even worse. The Eagles lost most of their starting secondary, a few players in the defensive line and their starting running back in Jay Ajayi and one of their backup running backs in Corey Clement. The Birds wound up being 4-6 after the first 10 games of the season and going nowhere fast. And somehow, the Eagles won six out of their seven games, made the playoffs, and defeated the Chicago Bears to make it to the divisional round.

“So as the season progressed, we began to sort of overachieve just a little bit,” said head coach Doug Pederson. “Guys were doing things right and preparing right and studying and getting themselves ready, and we were able to win some tough games, We were on the road, what, three out of four there at the end. We had the Cowboys game on the road, then we were out in L.A.; of course, we come home, have Houston. And then on the road verses Washington. It was a tough stretch to finish and we did some great things to get ourselves into the post-season.”

But for as great a ride as the team and its fans have had these last two seasons, the reality is that more than a few of the players who helped shape that run of luck most likely played their last game in an Eagles uniform last Sunday, the biggest name among these being Foles, the MVP of last year’s Super Bowl championship.

With the organization committing to the younger Wentz, Foles, who will forever be an icon in the lore of Philadelphia sports, will be a free agent and will most likely play for someone else next season. He said he would like to stay here, but he also wants the opportunity to start.

“No matter what happens, it’s been a joy being here every single day, being in this locker room wearing this jersey, being a part of the city, but we’ll see what happens,” Foles said. “I would love to lead a team. The starter thing, leading a team, impacting a locker room. That’s why we play the game.”