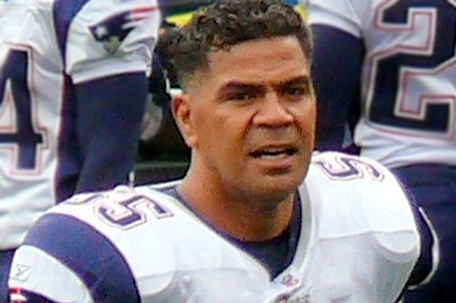 NEW YORK — The family of Junior Seau has opted out of a proposed NFL legal settlement with former players over concussion-related injuries.

The family will continue its wrongful death lawsuit against the league. Seau, a star linebacker for 20 seasons who made 11 Pro Bowls, committed suicide in 2012.

‘’We have tried to communicate it that it is not satisfactory and all we met were deaf ears,’’ the family’s lawyer, Steve Strauss, told The Associated Press on Wednesday. ‘’The settlement does not include any value at all for the claims of his four children. Or the loss of his companionship or the loss of his future earnings.’’

More than 4,500 former players have filed a class action suit against the league, some accusing it of fraud for its handling of concussions. They include Hall of Fame running back Tony Dorsett and Super Bowl-winning Chicago Bears quarterback Jim McMahon, who suffers from dementia. A federal judge preliminarily approved the league’s settlement proposal in July, which could exceed $675 million in total damages and involve as many as 20,000 retired players.

Former players and their families have the option to skip the settlement and pursue their own lawsuits. That’s what Seau’s family has done one month before the deadline to opt out, and Strauss hopes others will follow their lead.

‘’The decision to announce early is in the hope others will join, and that the league and the plaintiffs will look at adjusting the settlement,’’ said Strauss, a partner at the law firm Cooley LLP. ‘’It appears to the Seaus that the league is opting for expediency. The settlement process has completely prevented any information from coming out.’’

Several other former players filed objections to the proposed settlement on Wednesday in the U.S. District Court in Philadelphia. They said the monetary awards were insufficient, there were too many reductions related to age and length of playing time, and assortment of other complaints.

The settlement is designed to last at least 65 years and cover retired players who develop Lou Gehrig’s disease, dementia or other neurological problems believed to be caused by concussions sustained during their careers.

‘’If Mr. Strauss believes the $4 million his client is eligible for under the settlement is insufficient, he can choose to permanently forfeit these benefits and face all the significant risks associated with continued litigation,’’ said Christopher Seeger, co-lead counsel for the retired player plaintiffs in the NFL concussion settlement. ‘’We would advise any class member against opting out of this agreement, considering the tremendous guaranteed benefits it provides.’’

The league declined comment on the Seau family’s decision.