Rio Olympics and the ugly underside of social media 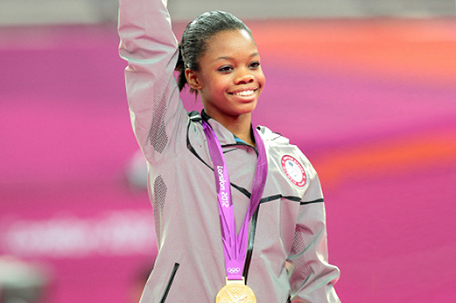 Let me start by saying that I’ve enjoyed all the athletic performances at the 2016 Summer Olympic Games in Rio. I only wish I were there to cover them.

Whether it’s the dazzling performances of Black women athletes like Simone Biles, Simone Manuel, or Shelly-Anne Fraser-Pryce or watching Michael Phelps and the American swim team rack up gold medals in the pool, or Usain Bolt powering his way into Olympic immortality with his blinding speed, the Olympics have been a true celebration of sport.

But what I haven’t liked about the Olympics has nothing to do with the activities on the field or in the arena.

What’s really bothered me about this year’s games in Rio has been the noise and ‘haterade’ flowing  from social media.

Instead of just enjoying the performances of the athletes, the noise from social media has been a symphony of disparaging remarks, insults, and accusations without any merit. People have taken to social media, Twitter in particular, turning it into a sounding board for sour grapes when your favorite athlete doesn’t win or critique of how the winner looked.

The recipient of the ugliest, most vicious attacks by social media hacks has been gymnast Gabby Douglas, who was, as she was in 2012, ridiculed because her hair wasn’t perfect in the midst of competition.  Oddly enough, the critique came from Black women that probably have their own issues with hair who felt the need to take to Twitter.

My dad about gymnast Gabby Douglas: “She ain’t combed her hair yet. Lord, that kitchen. Bless her soul”.

Now my question is, does Douglas’s hair help her stay on the balance beam? Does it help her get more height on her vault?

Would a perfect coif have gotten Gabby Douglas a Gold Medal on the parallel bars?

The answer is no on all counts.

Never mind the fact that Douglas is a three-time gold medalist or that she contributed to the Final Five’s big  team gold medal in Rio. Let’s trash this champion in social  media because of her hair.

To those people, I say get a life and worry about your own hair issues.

It’s sports people! The object is to work your behind off to win, come disheveled hair or fried perm. The last thing an athlete worries  about during the heat of competition is whether or not a hair is out of place.  If you want a fashion show, change the channel!

The hair flap wasn’t’ the only reason folks were attacking Douglass.  She also got flak for not putting her hands over heart as the national anthem played during the medal ceremony.

Now if you saw the ceremony, Douglas stood at attention. I’ve been watching the Olympics since 1972 and the way that Douglas was standing  was the norm. There’s no rule that says you have to put your hands over your heart. The attack on her was just petty and cowardly, especially since no one  attacked Michael Phelps for laughing while the national anthem played during his gold medal ceremony.

But the social media acrimony didn’t stop there.

Fans upset by Bahamas sprinter Shaunae Miller stunning win over American Allyson Felix in the women’s 400-meter dash took to Twitter to protest how she gained the victory.

In a spectacular race that it looked like Felix was going to win, Miller wound up with the gold by diving across the finish line.

I feel so bad for Allyson Felix… that was a bs move by ol’ girl from the Bahamas. It’s a foot race, not a who can dive the best race.

However, as someone who has not only covered, but has participated in high school track, I can say that Miller didn’t cheat, she just wanted it more.

First of all, there are no rules on the books that forbid diving at the finish line. I’ve seen athletes dive across the line from time-to-time in an attempt to win a close race. Runners aren’t coached to do that, but in the heat of competition, it happens. It’s not advisable because of the possibility of injury, but in a close race instinct and the desire to win takes over.

Miller gave so much effort to hold off a hard-charging Felix that she fell forward just enough to allow her to win the race by a razor-thin margin.  It was a gutsy effort by Miller and you’ve gotta give her props for going all out and hanging on to win a tough race.

Finally, I came across a Facebook thread accusing Jamaican sprinter extraordinaire Usain Bolt of using performance enhancing drugs after another spectacular win in the 100-meter dash. Never mind the fact that he has never tested positive for any performance-enhancing drugs in any of his gold-medal winning performances, the accusation is out there because let’s face it, a good conspiracy theory is always going to trump the facts.

With the Olympics coming to a close this weekend, I’m hoping that the memory of the great performances we’ve seen will override the memory of social media shenanigans that have gone on over the last two weeks.

Because despite the hairdos, dives and speculation, these performances have been pretty awesome.