Resilient Phillies looking to bounce back one more time 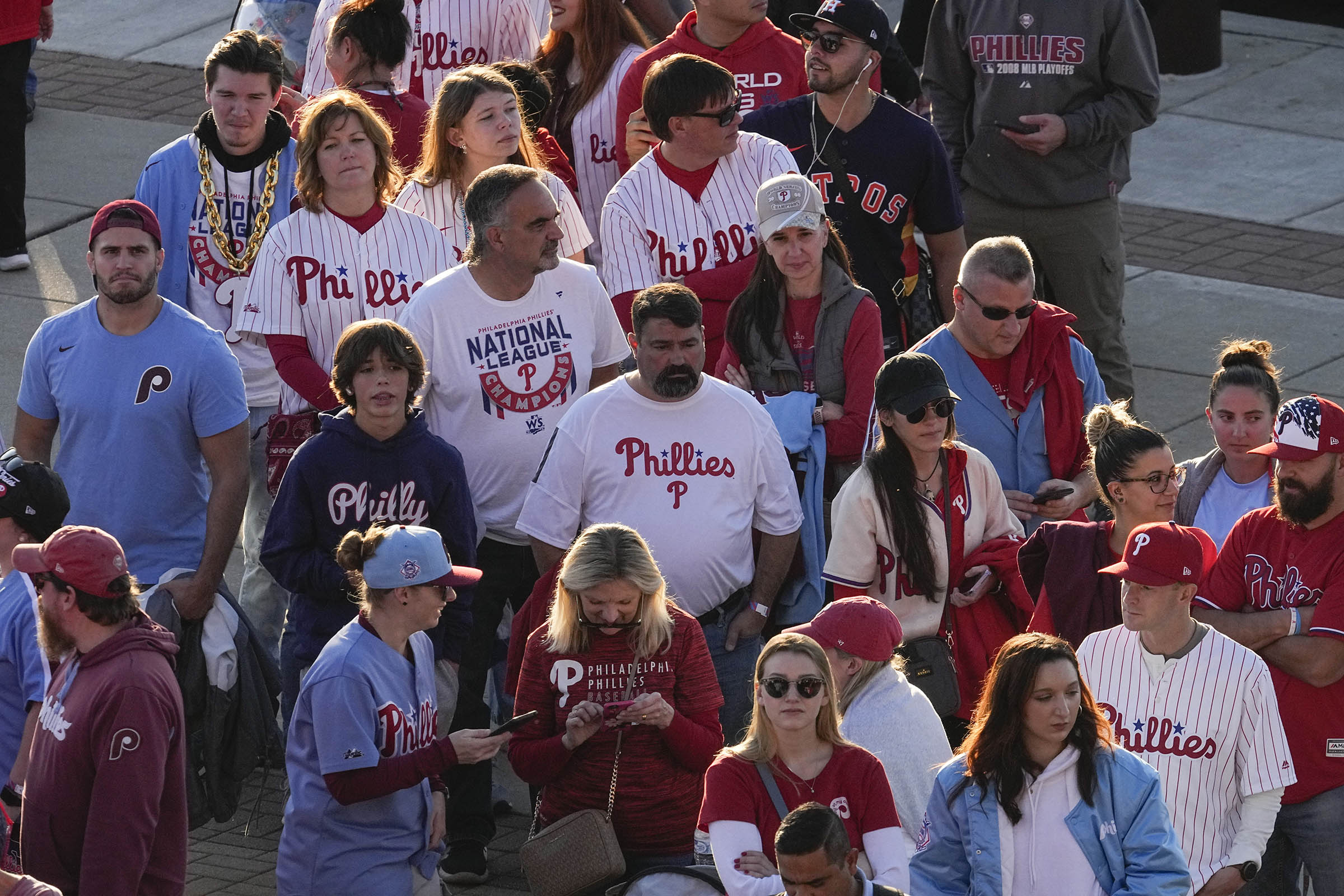 With the World Series headed back to Houston, the Philadelphia Phillies are in for their biggest fight yet.

After dropping Games 4 and 5 of the 2022 World Series, the Philadelphia Phillies find themselves in an all too familiar position.

On the brink of elimination, the Phillies are headed to Houston hoping to find just enough magic to extend their season for just one more game.

“I think the approach is the same that we’ve had, just come out the next day and go get ’em, prepare, compete,” Phillies manager Rob Thomson said. “These guys will show up, I guarantee it. They’re going to fight to the end, for sure.”

If you looked at the Phillies’ 3-2 loss to the Houston Astros in Game 5, the Phils had their chances, but just couldn’t get that clutch hit to make the game break in their direction.

For one thing, they were 1-for-7 with runners in scoring position.

“They played as hard as anybody out there tonight,” Thomson said.  “We just couldn’t get a big hit.”

The only big hits Phillies could get were a Kyle Schwarber home run in the first inning and an RBI single by second baseman Jean Segura in the bottom of the eighth inning that scored shortstop Bryson Stott. They would come no closer.

Even more frustrating for the Phillies was they were hitting the ball hard, but the Astros made some good plays in the field.

No play was probably more heartbreaking than J.T. Realmuto getting robbed of an extra-base hit when Astros centerfielder Chas McCormick leaped up the right-centerfield wall and kept the ball from hitting the top of the wall.

“I thought that I got enough of it to at least be a double but (McCormick),” Realmuto said. “He made an incredible on it. I just saw [him] jump and come down with it. I didn’t see that happening.”

Trailing by one and with two outs and a shortstop Bryson Stott on third in the bottom of the eighth inning, Kyle Schwarber hit a hard ground ball hit down the first base line, but it was snagged by first baseman Trey Mancini.

“We put some good swings on some balls tonight,” Realmuto said. “They’re a really good team over there. They made the plays when they had to. Those two plays that they made in the last couple of innings were pretty impressive.”

It was that kind of a night for the Phillies, but now the emphasis is on going to Houston and winning two games at Minute Maid Park. While it seems like a daunting task, the way that this team has been able to find a way to right the ship all season means it’s not impossible.

“You just gotta win,” Realmuto said. “You have to go to win ball games. This team has been resilient all season. I don’t think anybody in here is going to have their heads down. It’s a tall task, but we’ve won two games in a row a lot of times this season.”

Phillies designated hitter Bryce Harper said he’s looking forward to going down to Houston and bringing the World Series trophy back to Philadelphia.

In Game Six, the Phillies will send Zack Wheeler to the mound against Houston’s Framber Valdez. You can catch that game on Saturday night on Fox 29. First pitch is at 8:03 p.m..