Playoffs? What Do You Mean, Playoffs? 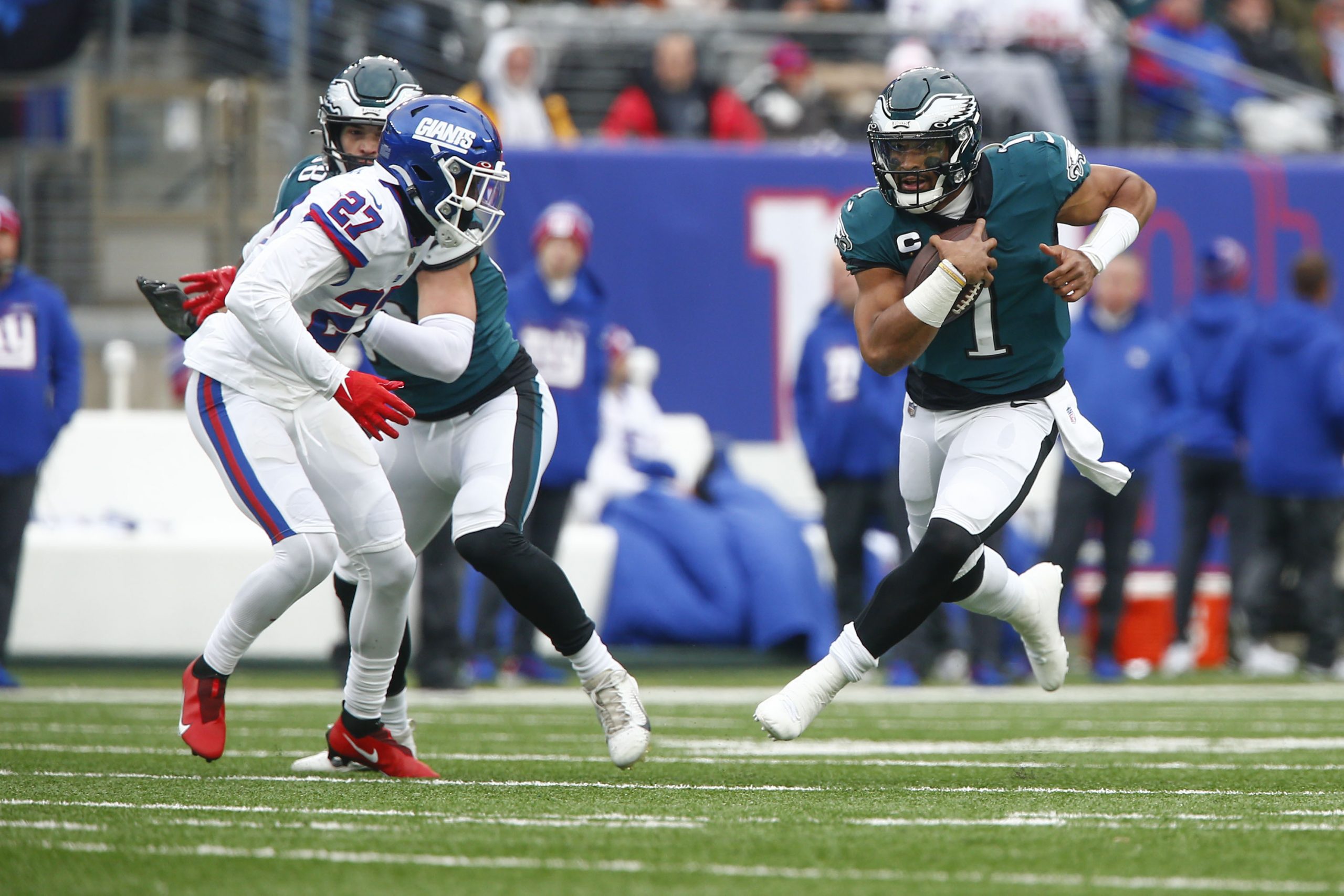 If we learned nothing else from Sunday’s loss to the New York Giants, the Philadelphia Eagles should just be trying to win another game — any game.

For everyone who had visions of the Philadelphia Eagles making the NFL playoffs this year dancing in their heads, last Sunday’s horrible 13-7 loss to a bad New York Giants squad at the MetLife Stadium in East Rutherford, N.J. shows that you might need to kill that noise.

Before we get into all the particulars about why the Birds loss to the Giants was a disaster of a football game, I will remind you once again that this team in its current configuration is not a playoff team and that they are going to make their share of head-scratching mistakes before it’s all said and done.

That said, last Sunday’s inexplicable loss to the Giants happened because of poor play-calling, turnovers, bad penalties, dropped passes and the inability of the Eagles to get out of their own way, especially on the offensive side of the ball.

Let’s start with quarterback Jalen Hurts, who had his worst game of the season. He threw three interceptions. He completed 14 of 31 passes for 129 yards and a season-low quarterback rating of 17.5. Two of those picks came in the red zone when the Eagles were in position to score.

When Hurts has a poor performance like he had on Sunday, it becomes a referendum on whether he is fit to be the franchise quarterback moving forward. Based on Sunday’s performance, Hurts did himself no favors and his head coach voiced his displeasure over his and the team’s performance.

“It’s never going to be A, B,C or D if you turn it over three times,” Eagles head coach Nick Sirianni said of Hurts’ poor performance against the Giants. “Obviously, he didn’t play good enough and we didn’t coach good enough. … It was not a winning performance.”

The most damaging of those picks came late in the first half when the Eagles had a third and goal from the one with eight seconds. Hurts rolled out to his right as time was running down and ended throwing an interception to Giants’ linebacker Tae Crowder to end the half.

Hurts should have just thrown the ball away immediately when it was apparent that no one was open and that would have given the Eagles a chance to kick the field goal and go into halftime tied at three. Or better yet why not kick the field goal on third down and get the points after struggling on offense in the first half. That’s a mistake that a rookie coach makes.

But that last possession of the first half wasn’t all Hurts’ fault. The Eagles almost came out of the first half with a 7-3 lead, but a 21-yard touchdown run by Boston Scott was nullified because of a holding penalty to center Nate Herbig, who was in the game for an injured Jason Kelce.

While Hurts struggled in the passing game by missing open receivers, it didn’t’ help that Eagles receivers didn’t hang on to passes that did hit them in the hand. On first and goal on the final possession of the first half, Hurts sprinted to his right and found a wide-open Greg Ward. The ball hit the receiver’s hand, but he couldn’t hang on to it.

Trailing 13-7 with 2:54 seconds, the Eagles had two chances to win the game but the inability to hang on to the football stung them again. On first and 10 from the Giants 49, Scott took handoff from Hurts but was stripped by New York defensive lineman Dexter Lawrence. The ball was recovered by Giants safety Julian Love at the New York 37.

After the defense forced the Giants to punt, Hurts, thanks to a pair of passes to Kenny Gainwell, moved the ball to the Giants’ 38-yard line. On first and 10, Hurts found a wide-open Jalen Reagor at the Giants 2-yard-line and placed the ball in Reagor’s hand, but the ball fell harmlessly to the ground.

Another completion by Hurts to Gainwell put the ball at the Giants 27. On fourth and 10, another Hurts pass to Reagor caromed off the former TCU star’s hands and that was the game. What was curious about that sequence of downs was why he did not target wide receiver Devonta Smith or tight end Dallas Goedert?

Smith and Goedert, the team’s best two receivers, were targeted a combined seven times and they caught a combined three passes for 13 yards. Smith went to Sirianni asking that Hurts get the ball to him in that last sequence, but it didn’t happen.

“Today, I put us in a bad situation with those turnovers I had in the first half, especially going in with the opportunity to get points before halftime,” Hurts said. “It’s not on Jalen Reagor or anybody else. Put it on me.”

Between dropped passes, interceptions, penalties, and bad coaching decisions, the Eagles did more to beat themselves than the Giants did to win the game. The Eagles defense did everything it could by holding the New York offense to just 13 points, but the offense came up woefully short.

With five games left in the season, Hurts has to convince the Eagles and a cynical fan base that he is the man to lead this franchise moving forward. He has to show that he can do it in the passing game on a consistent basis.

Hurts has little to no margin for error and he has to lean on his history of overcoming adversity to make fans forget about his dismal performance against the Giants.

Fortunately, he’ll get his chance when heads back to MetLife Stadium on Sunday to take on the equally woeful New York Jets. The game starts at 1 p.m. on CBS-3.