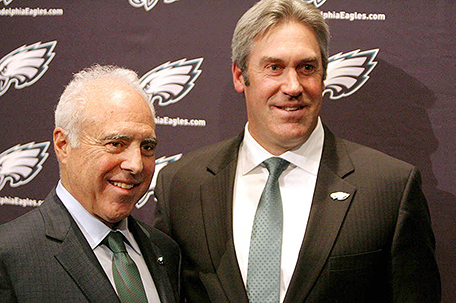 Okay, Philadelphia Eagles fans, if you haven’t come to grips with it already, here’s a reality you need to face.

The Birds aren’t a playoff team. In fact, you might want to come to the realization that this is a rebuilding year.

Don’t believe me? Let’s look at Exhibit A, Monday night’s loss to the Green Bay Packers.

What you saw on Monday night was the Eagles glaring weaknesses at both wide receiver and offensive line.

Green Bay’s wide receivers were able to pull away from the Eagles because they outplayed the Eagles secondary and always seemed to make plays when it mattered most. Wide receiver Devante Adams owned the Eagles defensive backs, catching five passes for 113 yards and two touchdowns.

Between Adams and Jordy Nelson, who caught eight passes for 91yards, the Packers were able to keep the chains moving. Green Bay converted on third down 10 out of 14 times.  The Packers ended the competitive portion of the game midway through the fourth quarter with a killer 17-play drive that lasted eight-minutes, 21 seconds that included Packers quarterback Aaron Rogers finding Adams and Nelson.

“It was one of those days, it’s not like we were blowing coverages,” said safety Malcolm Jenkins. “(Packers receivers) made some really good catches. They had a couple batted up in the air and they come down with somehow. It’s frustrating, but that’s what makes Aaron Rogers so special he’s able to make the throws and their receivers made some big catches.”

In stark contrast, the Eagles receivers just didn’t get open on a consistent basis. It didn’t help that receiver Jordan Matthews missed most of the game with a sore right ankle and that the other guys just did not take their games to another level.

It also didn’t help that the Eagles were playing with a patchwork offensive line that was missing rookie offensive tackle Halapoulivaati Vaitai and guard Brandon Brooks, who was apparently ill.  Running back Ryan Mathews was also out with an injury.

“I thought we struggled to get into a rhythm,” said Wentz, who completed 24-of-36 passes for 254 yards with one interceptions. “Early in the first half, I think we had three drives and one of those was a two-minute drive.  In the second half, I think we just couldn’t stay on the field.” 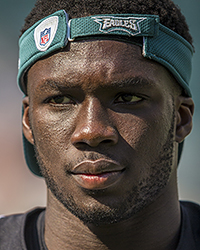 Which is kind of how head coach Doug Pederson described it during his post game press conference.

“Well it came down to basically just letting him see the game with a little bit calmer eyes, you know, just a different perspective on the game,” Pederson said. “Just to let him take a step back, breathe a little bit, and see exactly how he can help this football team moving forward.”

The bottom line to all this is that the Eagles aren’t good enough to  be a playoff team. Maybe that’s bordering on the obvious with a team that’s lost six of its eight games.  With five games left, the Birds could run the table and win them all.

But with the mediocre personnel that’s currently on the roster it’s highly unlikely that they’re going to be good enough to make a run this year.  At 5-6, the Eagles are two games behind third place Washington (6-4-1) in the loss column. They trail the second-place New York Giants by three games.

Barring a miracle ending, the Eagles coaching staff and front office need to do a thorough search of the collegiate and the free agent ranks to find receivers who can be difference makers in the off-season. A young quarterback with the potential of Carson Wentz needs the talent to work with.

If Wentz had weapons like the Dallas Cowboys massive offensive line, running back Ezekiel Elliot and wide receiver Dez Bryant,  the Eagles would be in good shape.

They’re just not there yet.