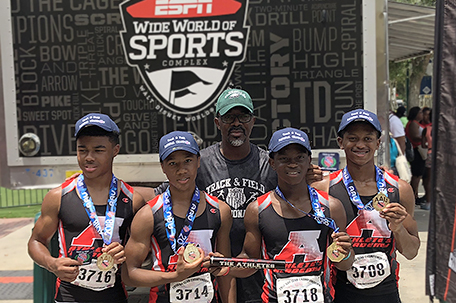 The AAU Track and Field National Championships hosted elite competitions including more than 5,000 runners from all over the world.  Head coach, Kenroy Wallace, coached the middle school aged boys to an epic winclocking in at 46.59 seconds.

These events were held at the ESPN Wide World of Sports Complex at the Walt Disney World Resort. The Philadelphia natives ran the track that was once run by elite athletes such as three-time Olympic gold medalist LaShawn Merritt and former world’s fastest man Justin Gatlin.

According to Athletes Academy — Montgomery County’s premier youth sports training company, known for producing amazing athletes — in preparation for the win, the boys underwent months and months of intense training on conditioning, speed, & agility, which led to the epic win.

Reportedly, the young athletes are excelling on and off the field. The honor roll students intend to join the track team at their respective high schools this fall.