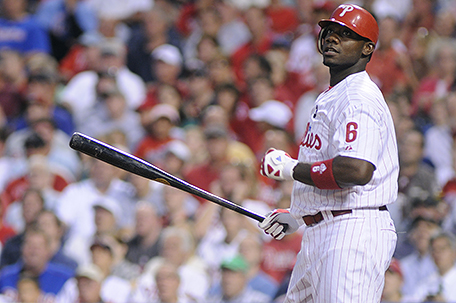 With pitchers and catchers reporting to Phillies spring training headquarters in Clearwater, Floria this week, fans would like to believe that with the coming of the 2015 season that hope would be on the horizon.

But then you have this thing called reality and the Phillies are a team facing more uncertainty now than they did at the end of last season’s 73-89 finish. In a city that is suffering through a winter with a last place NBA squad, there’s not been a lot to look forward to this spring and summer in 2015.

During the offseason, Phillies general manager Ruben Amaro Jr. has tryied to move veterans like Cole Hamels, Jonathan Papelbon, Cliff Lee and Ryan Howard, but  have not been able to find a good offer for those guys.  Veteran second baseman Chase Utley, who has a no-trade clause, is also on the roster.

At some point, those guys will be moved. Hamels said he’s ready to go right now.  He recently told USA Today: “I want to go to a place where I can win again. I know it’s not going to happen here.”

The most notable addition of the Phillies offseason was former Los Angeles Dodgers Chad Billingsley, who hasn’t pitched in nearly two years because of elbow surgery. He missed all of last season and a good chunk of the 2013.

You have to wonder what the Phillies were thinking in bringing in a guy who was more of a third or fourth starter with the Dodgers with health problems. The question is will Billingsley be healthy enough to be a functioning part of the rotation or better yet be good enough to be a tradable commodity.  From 2006 to 2013, Billingsley has an 81-61 record with a 3.65 earned run average.

Health is also concern for lefthander Cliff Lee, who is scheduled to make $25 million this season. Lee ended the 2014 season on the disabled list with an injured left elbow. That didn’t make him an attractive trade commodity at all during the offseason. Amaro is hoping Lee can give teams the illusion that he’s still good enough to get some young prospects for him.

Speaking of possible pieces to trade, a big question is will Howard be healthy enough to be the Ryan Howard from 2006 to 2011 when he was one of the most feared sluggers in baseball. If he has a hot start in the spring and summer, Amaro might find some willing trade partners, especially in the American League where Howard would make a good designated hitter.

All that will depend on whether a team is willing to take on the last two years of Howard’s contract which is worth $60 million.

Rebuilding, no matter how the slow the process appears to be is obviously the Phillies ultimate goal. Amaro and manager Ryne Sandberg want to know if guys like Freddy Galvis, Ben Revere, David Buchanan, Cody Asche, Domonic Brown, Maikel Franco and Darin Ruf are ready and good enough to eventually become perennially contenders in the National League East.

This season and the next couple of seasons will probably evolve into an on-field referendum on the strength or weakness of the Phillies farm system.

The Phillies, like their NBA neighbors at the Wells Fargo Center, are going to be in rebuilding mode for the next couple of years.  As losses begin to pile up during this painful process, Phillies fans want to know if there’s going to be light at the end of that tunnel.

Phillies need to face the reality of rebuilding