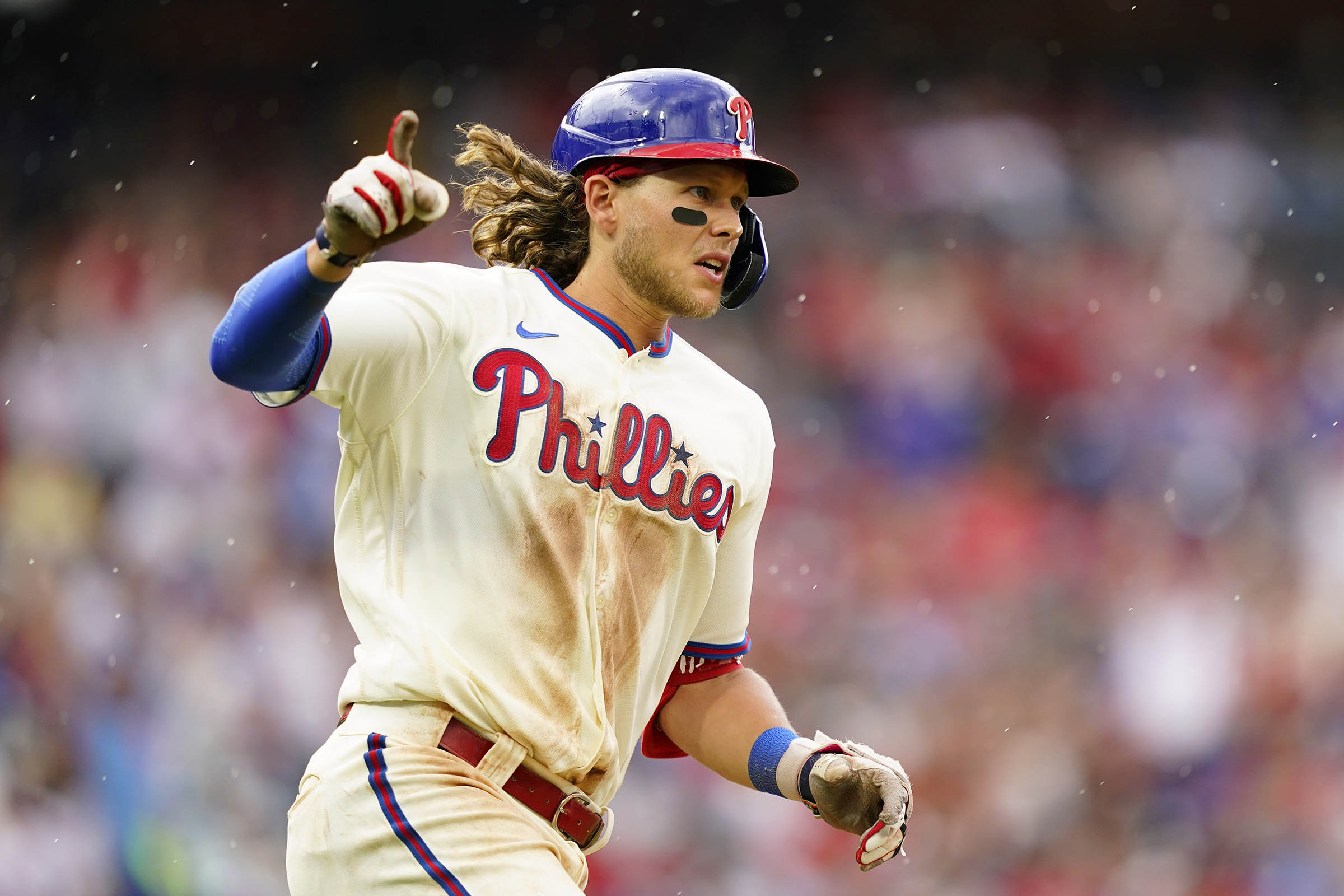 Six Alec Bohm RBIs and a pinch-hit home run from Jean Segura weren’t enough for the Philadelphia Phillies to keep the New York Mets at bay.

Throughout the 2022 season, the New York Mets have come up with all sorts of ways to beat the Philadelphia Phillies ranging from straight-up blowouts to overcoming huge deficits in the ninth inning.

Coming into Sunday, the Mets had beaten the Phillies in 13 of the 18 games they’ve faced each other this season.

The 19th and final game of the Phillies-Mets season series at Citizen’s Bank Park was the most demoralizing of all the games that they’ve played against each other this season. The Phillies had leads of 4-0, 7-4, and 8-7 only to have the hated Mets comeback to tie or take the lead.

After Jean Segura’s pinch-hit home run in the eighth put the Phillies up by one, the Mets destroyed the Phillies bullpen in the ninth with a pair of home runs

Thanks to a two-run homer by Mets leftfielder Mark Canha off Phillies reliever David Robertson and a solo shot by Brandon Nimmo off relief pitcher Tyler Cyr, the Mets came with a 10-9 victory.

To their credit, Phillies added one run on a sacrifice fly by Nick Maton in the bottom of the ninth but could come no closer. Despite such a heartbreaking loss, Phillies manager Rob Thomson applauded the grit of his players.

“I’m proud of them for continuing to fight,” Thomson said after the game. “Is it a disappointing (game) to lose but I’m proud of the entire club just the way they fought. It was back and forth, but they kept fighting.”

Thomson was also working with a depleted bullpen that didn’t have Seranthony Dominguez and Corey Knebel available. Robertson was coming off an outing in which he threw 36 pitches in a two-inning save against the previous night.  He asked Thomson to put him in the game in top of the ninth after Segura’s home run.

“I asked for the ball. … I wanted to come through for the guys and it didn’t work out for me today,” Robertson said. “The crappy part was that I felt better about my command, and I made one bad pitch and I had to pay for it. …with Canha I did not mean to leave that ball up and in to him. He had already hit a homerun on it. I was trying to down it down the edge and I overthrew it, and he put a good swing on it.”

What got lost in this game for the Phillies was a monster performance by third baseman Alex Bohm who hit two three-run home runs and had six runs batted in. He was 3-for-5 for the game.

But the Mets came back to eventually tie the game by scoring a pair of runs in the second inning on a single by catcher Mike Perez, an RBI double by designated hitter Daniel Vogelbach scoring right fielder Sterling Marte, and it was Marte’s run-scoring single in the fourth that tied the game at 4-4.

In the bottom of the fourth, Bohm hit his second three-run homer of the game to give the Phillies a 7-4 lead that stood until the top of the seventh inning when Canha hit a three-homer to tie the game at 7-7.

Despite losing 14 out of 19 games to the Mets, Gibson said the Phillies still believe they can beat the Mets if they meet in the postseason.

“I think we stack up good,” Gibson said. “They’re a good team obviously. They’re a really good team. … I think when we get to a postseason series, I like our chances against anybody.”

The Phillies continue their homestand with a four-game set against the Cincinnati Reds tonight at Citizens Bank Park. First Pitch is at 7:05pm and you can catch the game on NBC Sports Philadelphia.

Phillies come back to stun Mets