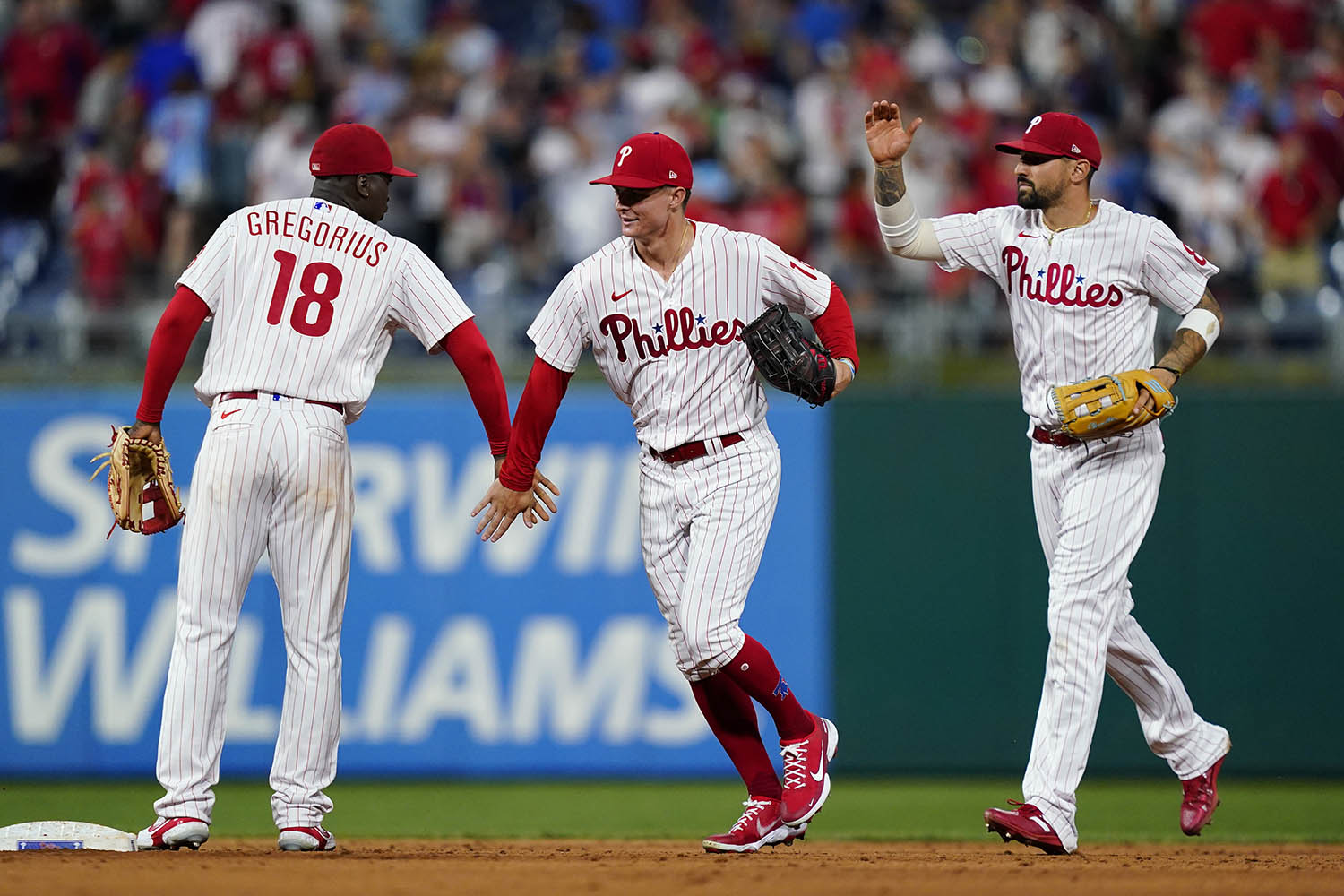 The one thing the Phillies did this weekend in winning this series against the St. Louis Cardinals, the team they are chasing for the final wildcard spot, is that they are good enough to stay in the playoff race even without the injured Bryce Harper and Jean Segura.

And if they can hang in there near the July 31st trade deadline, they might convince Phillies management to add a piece or two to bolster their chances to get into the postseason, something they haven’t done since 2011.

If the Phillies can get the kind of consistency from the starting pitching that they got from Zack Wheeler (7-4) against the Cardinals, they can possibly end that 11-year playoff drought. Against St. Louis, Wheeler had one of his strongest outings of the season. He pitched seven scoreless innings, allowing just four hits with five strikeouts and just one walk.

“(Wheeler) was great. They worked him over a little bit early. His pitch count got a little bit high, but then he settled in,” said Phillies interim manager Rob Thomson. “His velocity is really good. I thought his stuff was really good.”

Wheeler said his start against the Cardinals was one of his best of the season considering that he had a slow start to the season and felt good about his performance.

“It was one of the better nights I’ve had recently feeling wise,” said Wheeler, who has a 1.67 earned run average in his last 12 start dating back to April 28. “Everything was working for the most part. The defense did a heck of a job behind me. I’m feeling better.  … I had to work through some of the rust and get back to where I need to be and I feel like I’m there.”

Offensively, first baseman Rhys Hoskins continued his hot hitting with his fourth home run in five games. He has hit 10 homers since Memorial Day. His fourth inning solo-home gave the Phillies the only run they would really need. Thomson said Hoskins has been locked in since the absence of Harper from the Phillies lineup.

“He’s been really disciplined. He’s swinging at strikes, he’s taking his walks and when he gets a pitch to hit, he’s been moving it out,” Thomson said. “I’ve seen a few times from Hoskins this in the last four or five years. It’s good.”

The Phillies jumped out to a 1-0 on Hoskins home run off Cardinals starting pitcher Adam Wainwright (6-6) in the fourth inning. The Phillies added three more in the sixth inning on an RBI-single from Nick Castellanos that scored Hoskins, who opened the inning with a double. Catcher J.T Realmuto’s two-run homer completed the scoring for the Phillies, who scored all their runs off Wainwright.

Hoskins said it was big for the Phillies to come away with a series win against the Cardinals considering where they are in the wildcard standings. Since June 1, the Phillies have won eight of their last nine series.

“It’s a big series win,” Hoskins said. “We haven’t played a lot of the (National League) Central so far, but to be able to come away with a series now (against St. Louis) and a series win against the Brewers, two of the top teams there, it’s always good sign as a measuring stick in the National League.”

With the Phillies some of their best baseball of the season, Hoskins said he likes where the team is a week away from the All-Star break.

“I just think we’re playing a better, cleaner brand of baseball,” Hoskins. “We’re getting more timely hits as a group. Those are the kinds of things that become contagious on a baseball field and that’s when you can kind of go on a roll like we did in June.”