Philadelphia Union announce partnership with the Jamaica Tourist Board 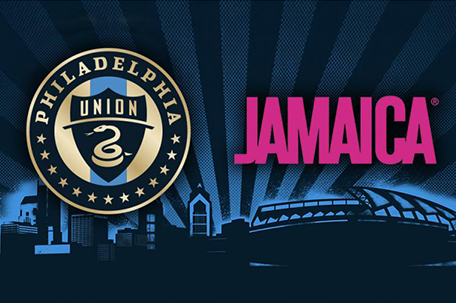 CHESTER, Pa.– Philadelphia Union announced a new partnership with the Jamaica Tourist Board (JTB), the official tourism board of the Caribbean nation. Under the agreement, the JTB becomes a Proud Partner of the Philadelphia Union.

A primary element of the partnership was the creation of a Jamaican theme night for the Union’s for the July 21 match vs. the LA Galaxy. The theme night offered Jamaican food and beverages at select concession stands and pre-game warm-up music from Jamaican artists.

“The Jamaica Tourist Board is a terrific partner for us, with two of the country’s national team players in Andre Blake and Cory Burke plying their trade right here in Philadelphia,” said Jean-Paul Dardenne, senior vice president of corporate partnerships for the Union. “It’s a logical fit and we are looking forward to working with the Jamaica Tourist Board.”

Recently, Union players Andre Blake and Cory Burke, both natives of Jamaica, made an appearance at a local youth soccer tournament where fans entered for a chance to win limited edition Jamaican-themed Union t-shirts and tickets to a private party deck for the July 21 match.

Blake regularly serves as the Jamaican National Team captain and has earned 32 caps for the Reggae Boyz, including appearances in FIFA World Cup qualification games as well as the 2016 Copa America Centenario. He also appeared in the 2017 CONCACAF Gold Cup, where he backstopped Jamaica to the final and was named the Golden Gloves winner as well as to the Best XI for the event. Burke has earned 13 caps for Jamaica, including five appearances at the 2017 Gold Cup.