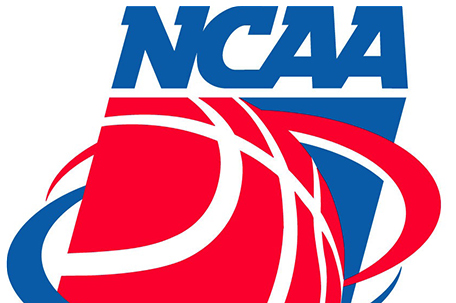 Philadelphia is playing host to the NCAA Men’s Basketball Tournament this weekend. It’s already been the scene of some of the tournament’s most iconic moments.

Whether you are a native-born Philadelphian or someone who has covered sports here for the last 15 years as a sportswriter, there’s no way to be anything other than impressed with the part that Philadelphia has played in the history of basketball.

The number of basketball icons that have called the City of Brotherly Love home grows longer every day. From Wilt Chamberlain, Earl “The Pearl” Monroe, and Sonny Hill to Julius Erving, Allen Iverson, John Chaney, and Dawn Staley, you can’t have a true discussion of the game that doesn’t involve Philly.

But while Philadelphia has been the home of many of the game’s legends, it’s also played host to some of the most iconic games ever played as part of the NCAA’s Men’s Basketball Tournament, or as it’s better known, March Madness.

March Madness returns to the Wells Fargo Center this weekend and the four teams vying for the East Regional crown and a trip to the Final Four are hoping to add their names to Philadelphia’s storied NCAA Tournament legacy.

The second regional semi-final game (9:40 p.m.) will feature two college basketball blue bloods—No.8 seed North Carolina Tar Heels (26-9), who upset defending national champion Baylor, going up against No. 4 seed UCLA Bruins (27-7), who went to the Final Four last season. The Bruins (11) and the Tarheels (six) have a combined 17 national championships and 236 wins in the NCAA Tournament

The winners of Friday’s games will meet in Sunday’s East Regional Final for a berth in the Final Four in New Orleans on Saturday, April 2.

It is fitting and perhaps ironic that the East Regional is being held in Philadelphia because this is the 30th anniversary of one of the greatest games in the history of college basketball. It was played at the old Spectrum a few yards away from the Wells Fargo Center

On March 28, 1992, the Duke Blue Devils and the Kentucky Wildcats battled each other in an epic back and forth game that ended on a last-second shot in overtime.

The Blue Devils came into that regional final at the Spectrum as the defending national champions and were on a mission to be the first team to win back-to-back national championships since UCLA did it in 1972 and 1973.

Duke had a team of bonafide superstars in Christian Laettner, Bobby Hurley, and Grant Hill and they were heavy favorites to get past an underdog Kentucky squad that was playing in its first NCAA Tournament in four years after they were on probation from 1989 to 1991 because of recruiting violations that occurred under former coach Eddie Sutton.

Every time it looked like Duke was going to pull away, Kentucky, led by Mashburn’s 28 points, kept the game close and it eventually went into overtime. With Duke leading by one, Kentucky’s six-foot-2 senior point guard Sean Woods lofted a one-handed 14-foot shot over the 6-11 Laettner to give the Wildcats a 103-102 lead with 2.1 seconds left.

With Duke needing to go the length of the floor, Kentucky inexplicably had no one guarding Grant Hill on the inbounds pass. Hill loft a long pass to Laettner who caught it at the foul line, turned, and sank the basket at the buzzer to give Duke the win. The Blue Devils would eventually win the national championship. Laettner finished that game without missing a shot going 10-for-10 from the field.

That epic 1992 Duke-Kentucky is considered the greatest college basketball game of all time.

The 1976 Final Four was played at the Spectrum. The unbeaten Indiana Hoosiers, coached by legendary coach Bobby Knight, defeated Big-Ten rival Michigan. It was the first national championship game played by teams from the same conference.

That Indiana team, led by future NBA players like Scott May, Kent Benson, and Quinn Buckner, was the last team Div. I men’s basketball to finish the season with an unbeaten record.

The 1981 Final Four at the Spectrum saw the rise of the future Basketball Hall of Famer Isiah Thomas, who led Indiana to their second national championship in five years. In the Hoosiers’ five NCAA Tournament games, Thomas averaged 18 points and 8.8 assists per game.

In the national championship game against North Carolina, Thomas scored 23 points and was named the Most Outstanding Player of the Final Four. The crowd gathered at the Spectrum during that Final Four witnessed the rise of Thomas, who would win two NBA titles with the Detroit Pistons.

Philadelphia played host to the 1980 East Regional semi-final between No. 2 seed Maryland and No. 3 seed Georgetown. The significance of that game was the national rise to prominence of Georgetown and head coach John Thompson.

Even though the Hoyas had beaten Maryland in D.C. earlier in the regular season, many national college basketball observers didn’t think the Hoyas could beat a Maryland team that was ranked eighth in the Associated Press Poll and was the regular-season champion of the Atlantic Coast Conference.

Led by sophomore guard Eric “Sleepy” Floyd’s 18 points, Georgetown defeated Maryland 74-68 at the Spectrum and became the first African American college basketball coach to lead a team into the Elite Eight. In the eyes of the national media of that time, Georgetown’s win over Maryland was considered an upset.

The Hoyas, despite having an 18-point lead, would end up losing to Iowa in the Elite Eight.

More importantly, the win over Maryland in Philadelphia put the Georgetown program on the national map. Over the next five years, the Hoyas would make it to three Final Fours and win one national championship.

This weekend, more basketball history will be made here. If you want to see it, you can catch the games, you can check them out on Friday night, starting at 7 p.m., on CBS-3.