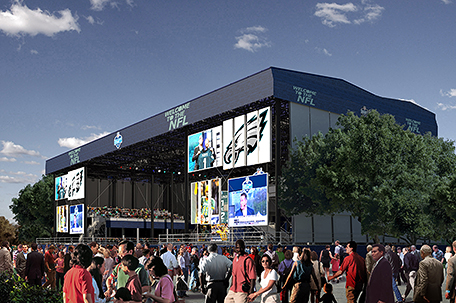 From military bases to state landmarks and attractions to even outer space, NFL teams will announce their Day 3 selections for Rounds 4 to 6 of the NFL Draft from special locations of their choosing and recognize individuals who have made a significant impact.

Here is a sampling of special team announcements during Day 3 of the NFL Draft:

Chicago Bears – Bears running back Jordan Howard and military personnel will make selections from the team’s headquarters at Halas Hall.

Houston Texans – Astronauts at the International Space Station and Space Center will announce picks for the first time from outer space.

Jacksonville Jaguars – Picks will be announced from London and Jacksonville.

Fans may also view Day 3 pick announcements on NFL Draft live platforms – such as NFL.com, the NFL Mobile from Verizon app (NFL.com/mobile), NFL Now, the NFL app on Xbox One and Windows 10, and Yahoo! Sports – as well as on ESPN. NFL Network will also feature select picks live on NFL Network Draft programming.

Everything you need to know about the NFL Draft Experience