NFL Draft not returning to Philadelphia, Dallas will host in 2018 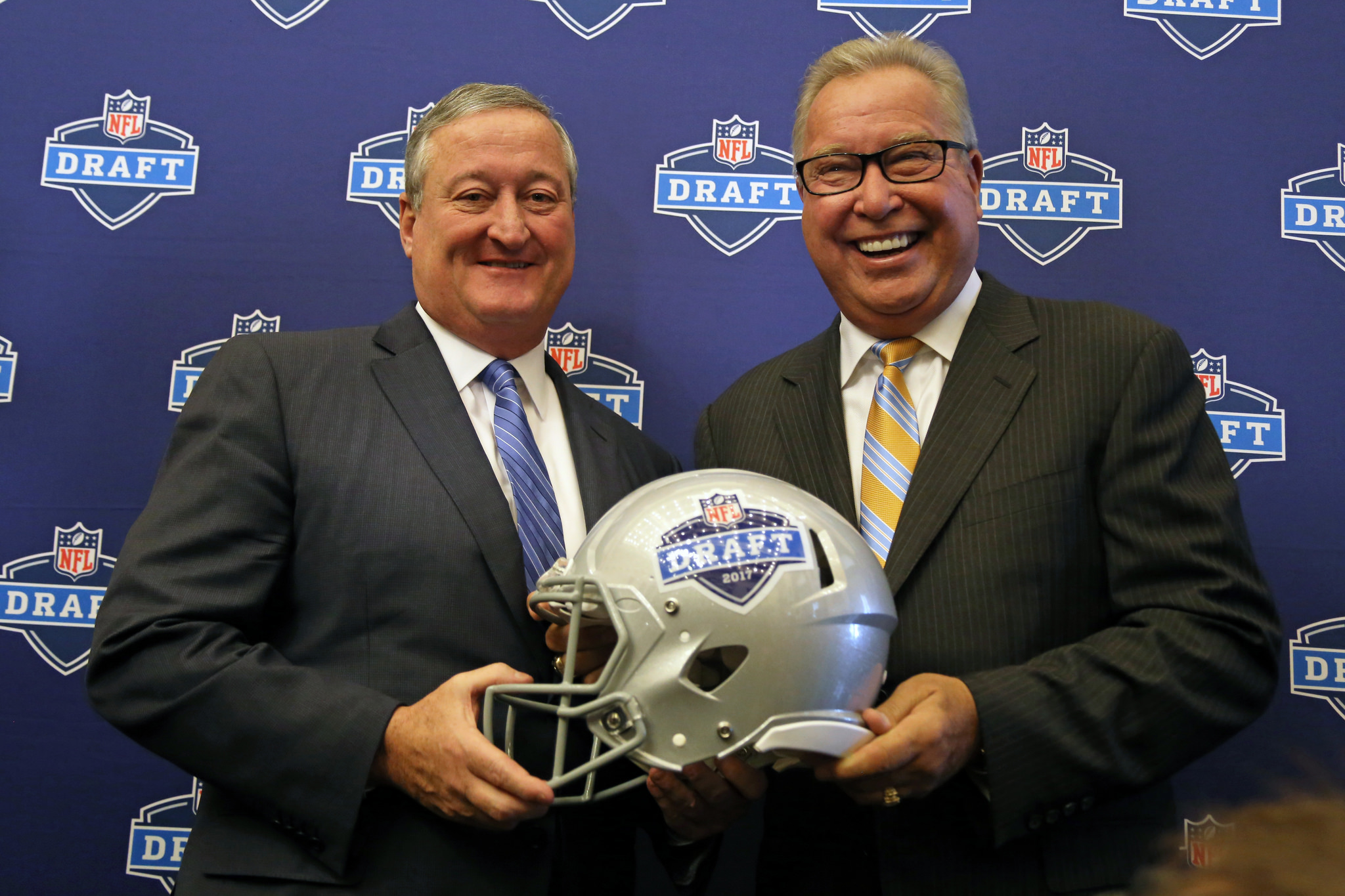 Dallas has been chosen as the host of the 2018 NFL draft, with all three days taking place at AT&T Stadium, commissioner Roger Goodell announced Wednesday.

The event will be held April 26-28 at the Dallas Cowboys’ stadium in Arlington, Texas. The Cowboys had earlier pushed for the draft to be held at both AT&T Stadium and The Star, the team’s new training facility in Frisco.

“Philadelphia raised the bar by taking the draft to another level, and this new opportunity in Dallas will enable us to continue the event’s evolution and grow it even further,” Goodell said at the NFL owners meetings in New York. “We are grateful to the Dallas Cowboys, the cities of Arlington, Dallas, and Frisco, and the Dallas Sports Commission for their leadership in turning this vision into reality.”

The NFL said the draft site will utilize the AT&T Stadium field, stands and outdoor plazas, where the NFL Draft Experience festival will take place. The three-day event will again be televised live by ESPN.

Philadelphia had been in contention to again host the draft, while Green Bay and Kansas City were considered long shots.

The draft never has been held in Texas. A move there represents yet another venue for the event after a run from 1965 to 2014 in which the draft was held annually in New York.

After two years in Chicago, the draft returned to Philadelphia earlier this year for the first time since 1961.

Philadelphia is the place to be! NFL Draft Experience