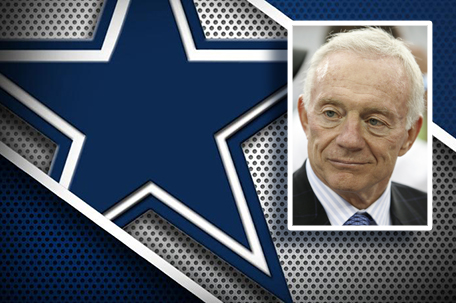 Baltimore, Maryland — The National Association for the Advancement of Colored People (NAACP), the nation’s original civil rights organization, responded on Tuesday to the assertion by Jerry Jones, owner of the Dallas Cowboys, that players on his team who choose not to stand for the National Anthem will not be allowed to take the field.

“This is not an issue about our flag, this is an issue about police brutality, racism, and the ability of members of the NFL whose communities are disproportionately impacted by police misconduct to peacefully say enough,” said NAACP interim President and CEO Derrick Johnson. “This is not simply a Black issue due to the number of white people also killed by police, but we know historically that when justice occurs for African Americans, all other members of our society benefit as well,” added Johnson.

Despite representing around 13 percent of the population, African-Americans are account for nearly a quarter of those individuals killed by police.

“Jerry Jones’ comments are more than tone-deaf, more than misinformed and misguided – they are a public commitment by an NFL owner to violate his players’ Constitutional right to free speech – one of the principles on which our nation was founded. They are proof that athletes like Colin Kaepernick who have quietly and peacefully used their platform to protest violence against communities of color do so at their own peril,” said Tony Covington, former NFL player and Senior Director of Corporate Affairs at the NAACP.

Following Vice President Pence’s decision to walk out of a game in which players chose not to stand during the national anthem – at President Trump’s insistence – the NAACP believes that the NFL has an obligation to take a strong stance on behalf of its athletes and their rights. We have asked to meet with Commissioner Goodell in order to determine how he can best protect his players. We hope that he will work with us and the Players’ Association to forge this critical path forward.