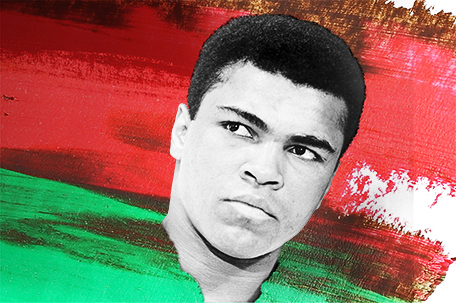 Philadelphia reflections of a world-class champion

Boxing fans around the world are mourning the death of three-time heavyweight champion of the world Muhammad Ali.

Even in the city of Brotherly Love, the hometown of Joe Frazier, his fiercest rival, people are paying tribute to a fighter who transcended sports.

“Muhammad Ali was an exceptional and extraordinary individual,” said Rudy Battle, chairman of the Pennsylvania State Athletic Commission. “He was a superlative victor and exemplified the true meaning of the “People’s Champion.” He always took time to recognize his fans.”

Ali was a force to be reckoned with both inside and outside the ring.  As a boxer, Ali had a stinging left jab along with the hand speed and lateral movement with his feet of a welterweight and a middleweight. Some boxing experts described him as a Sugar Ray Robinson at the heavyweight level. 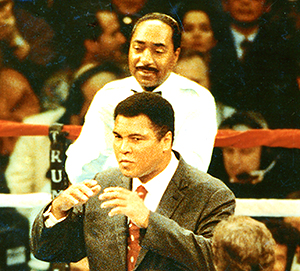 Charlie “Mickey” Thomas was one of Ali’s sparring partners and had been friends with the champ since the two of them were teammates on the 1960 U.S. Olympic Boxing Team. Thomas gave Ali for revitalizing a sport ravaged by its control by organized crime.

“When (Ali) was boxing, boxing sucked,” Thomas said. “It was a terrible time, it was run by the mob … and Ali put the sport back in boxing. Look at what he did for the sport.”

“None of the heavyweights fighting now have Ali’s quickness,” said former world middleweight and light middleweight champion Bernard Hopkins. “He was like the Fred Astaire of boxing.”

Outside the ring, Ali became a polarizing figure with his membership in the Nation of Islam and by refusing induction into the United States Army based on his religious beliefs and the idea that African Americans were mistreated at home.

“I can talk all day about what Ali did inside the ring,” said Hopkins, “but what he did outside the ring was even more profound. Thirty and 40 years from now we’re still going to be talking about Muhammad Ali.”

Hopkins said it took tremendous courage for Ali to stand up for his principles at a time when African Americans were getting murdered for participating in civil rights demonstrations across the country. Just like Martin Luther King Jr. and Malcolm X were eventually assassinated, Ali faced the real danger of someone shooting him down.

“He sacrificed a lot because there was a bullet out there with his name on it,” Hopkins said.

Thomas, who is White and served in the U.S. Army Special Forces, said he agreed with Ali refusing induction into the military because of his religious beliefs and felt he was being true to himself.

“Muhammad Ali was the only truly conscientious objector I knew,” Thomas said. “He believed in what he was doing. I don’t find a lot of Baptists or Catholics who do that.”

“You can get the media to assassinate them now and kill them that way,” Hopkins said.

In addition to standing up for his rights with respect to his religion and for African Americans, Ali also stood up against the exploitation of fighters by unscrupulous managers and promoters, Battle said. The Muhammad Ali Boxing Reform Act, which was signed into law in 2000, is designed to protect fighters from unfair business practices by promoters.

“He fought for the equality of boxers and established the ‘Muhammad Ali Law,’ which prevents an individual from both promoting and managing a boxer simultaneously, thereby, eliminating total control of a boxer,” Battle said.

Thomas said Ali had a big heart and his best memories of him were of his willingness to give of himself, especially when the media wasn’t present.

“It was kindness to people without the knowledge of the media. He did a lot for people and he gave a lot of money away and he helped many, many people.” Thomas said.

“As someone who grew up in North Philly, Ali had a profound influence on young boxers who tried to emulate the way he fought, his trash talking and his self-confidence.  Ali was as much a hero to young people in Philadelphia as Frazier,” Hopkins said.

“Part of my demeanor and attitude in the ring came from wanting to be like Muhammad Ali,” Hopkins said. “You had a lot of young North Philly talking trash against each other, doing the Ali Shuffle. He was our hero.”