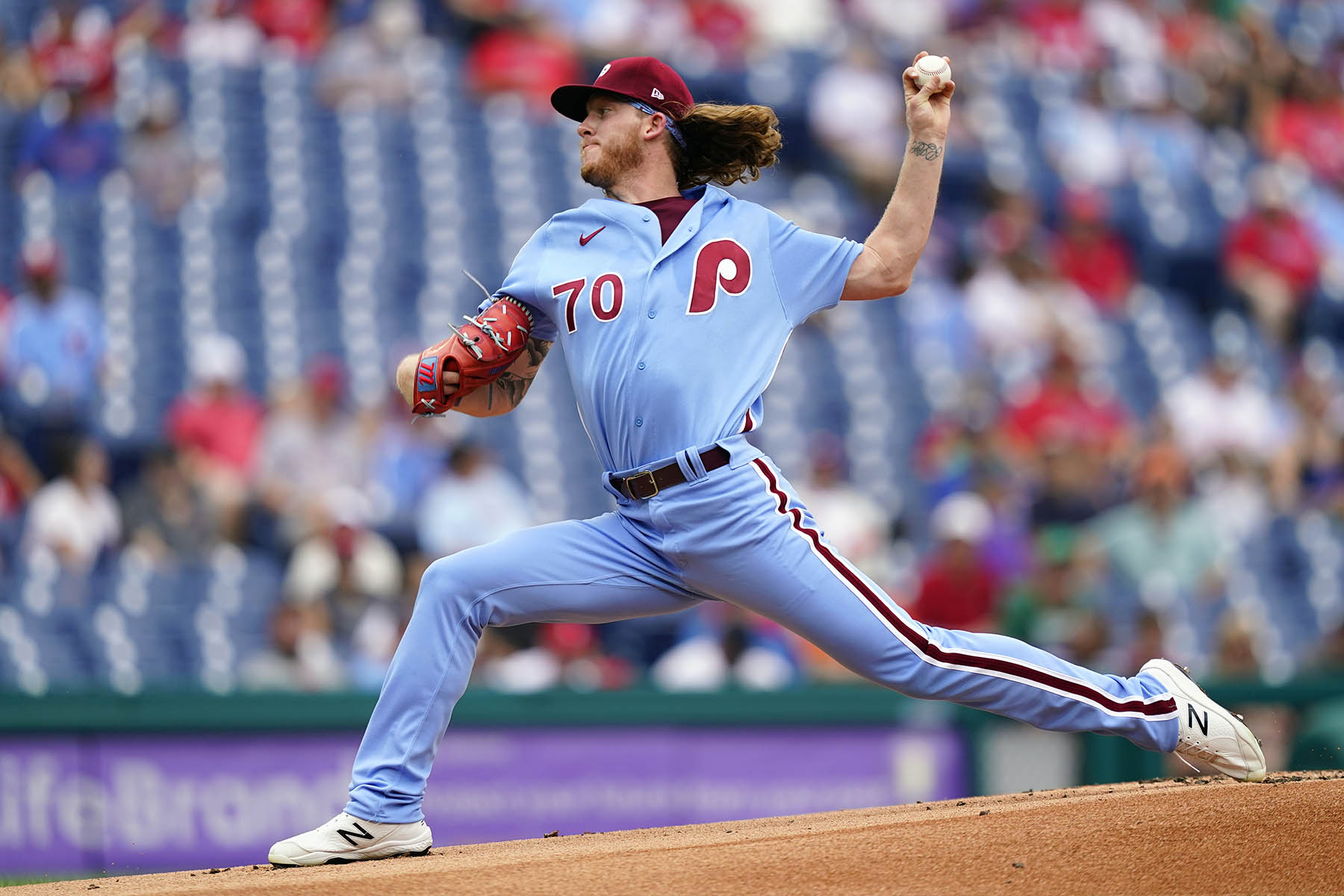 As they head out on a road trip that begins with three games with the St. Louis Cardinals, the Philadelphia Phillies are in a good place.

ABOVE PHOTO: Philadelphia Phillies’ Bailey Falter pitches during the first inning of a baseball game against the Washington Nationals, Thursday, July 7, 2022, in Philadelphia. (AP Photo/Matt Slocum)

After winning eight out of their last 10 series, the Philadelphia Phillies head on an important nine-game road trip that starts this weekend in St. Louis to play a Cardinals squad that’s a half game behind them for the final National League Wild Card spot.

The Phillies closed out their final homestand before the All-Star Break with a 5-3 win over the Washington Nationals at Citizen’s Bank Park. They were 6-3 at Citizens Bank Park, which helped them put themselves in playoff position.

“We’re playing well and we’re getting a lot of contributions from a lot of different people and that’s big,” said Phillies interim manager Rob Thomson. “Our bullpen throwing the ball well. The offense is scoring runs. We’re getting production up and down the lineup. We’re playing good defense. We’re playing a complete game now.”

After a shaky first two innings in which he allowed two runs and threw 49 pitches, starting pitcher Bailey Falter found his groove and didn’t allow another run. In his four innings on the mound, Falter allowed two runs, but also had six strikeouts and just one walk. He finished with 78 pitches.  Relief pitcher Nick Nelson got the win for the Phillies by pitching two innings and allowing no runs on just one hit.

“He really battled through the first couple of innings, and I was proud of him for that,” Thomson said. “The last inning was the best inning and I just felt that it was good for him to leave the building feeling good about himself.”

The most outstanding performance by a Phillies relief pitcher in Thursday’s win was by Jose Alvarado, who struck out the heart of the Nationals order –Juan Soto, Josh Bell and Nelson Cruz-in the seventh inning.

“I’m focused to hit a target and focused to throw strikes,” Alvarado said. “It’s great when the starters throw good innings, and the relievers come in to finish the game. It’s good because the team is looking to win the game.”

The Nationals jumped out to a 2-0 lead on an RBI single by Maikel Franco that scored Juan Soto. Washington added its second run on an RBI double by first baseman Josh Bell.

The Phillies stormed back to take the lead in their half of the third inning on an RBI double by designated hitter Darick Hall that scored Rhys Hoskins, who reached on a one-out walk. J.T. Realmuto’s sacrifice fly scored Nick Castellanos to tie the game.  An RBI triple by Didi Gregorius that scored Hall put the Phillies on top to make it 3-2.

The Phils added a run in their fourth inning on an RBI ground out by Kyle Schwarber that scored Matt Vierling, who had doubled to start the inning and moved to third on a single by centerfielder Mickey Moniak.

“I was hoping to do what I was doing when I got the call (from Triple-A Lehigh Valley) and I have been able to do that,” Hall said. “I want to be aware of what (pitchers) strengths and weaknesses are. There’s a common goal and that’s just to get a pitch that you can handle. I’ve been to pick the best pitches available and if they do make a mistake with another one, I’ll be able to capitalize.”

The series between the Cardinals and Phillies for the third Wild Card spot in the National League begins tonight at 8 p.m. at Busch Stadium in St. Louis. You can catch the game on NBC Sports Philadelphia beginning at 8 p.m.